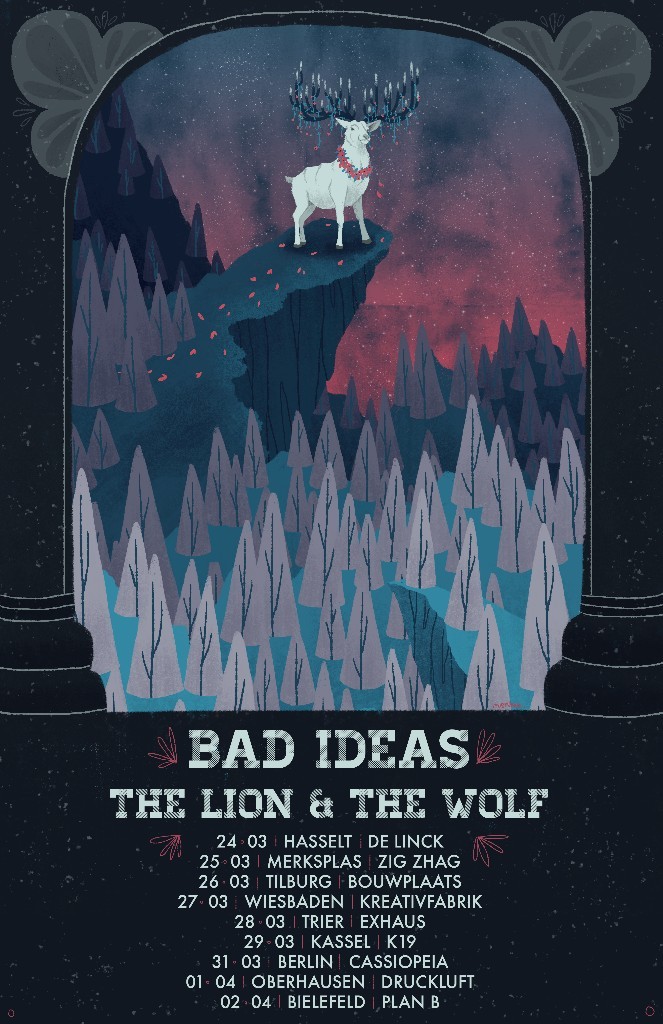 Lincoln indie punks Bad Ideas are pleased to reveal a run of European tour dates next month across Germany, Belgium and the Netherlands.

Beginning with two shows in Belgium before a further 8 shows across Germany and the Netherlands, Bad Ideas will be joined by their dear friend Tom George, AKA – The Lion & The Wolf for their first full-band appearances since late 2014.