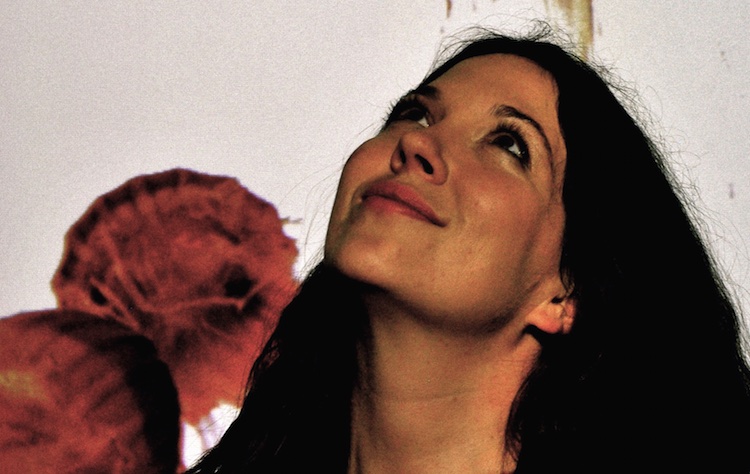 Watch Animated Video for Satellite via YouTube | Stream via Soundcloud

Alejandra Ribera has released Satellite, a ‘Song of the Day’ on Folk Radio and the second teaser to be taken from her forthcoming debut album La Boca out 25 March.

Alejandra is a Canadian singer-songwriter whose sound is an exotic hybrid of folk, indie, jazz and world music taking influences from her world-wide life experiences. Her rich vocal with its Latino lilt hints of her father’s Argentinian roots, whilst her mother’s Scottish heritage is acknowledged in the use of bagpipes on two tracks from her forthcoming long-player La Boca (including a take of The Proclaimer’s I’m Gonna Be on 500 Miles). Alejandra began her musical career touring with fellow Canadian alt-musicians such as  Patrick Watson, Ariane Moffatt, Yves Desrosiers, The Barr Brothers, and Plants and Animals, before the folk-world embraced her stirring song-writing and layered percussion, crowning her ‘Best New Artist’ at both Vancouver and Edmonton Folk Festivals in 2014.

La Boca has already received a wealth of accolades, in 2014 it was one of NPR radio’s ‘Albums of the Year’ whilst the album track I Want won  ‘Best International Song in English’ at 2014’s SOCAN (Society of Composers, Authors and Music Publishers of Canada) Songwriting Prize.  Live Alejandra has performed at many festivals including Luminato Festival (Toronto), Primtemps de Bourges and Nuit Boreale (France) and Montreal Jazz Festand has opened for Melody Gardot at the legendary Olympia in Paris.  Last year alone Alejandra toured the world with Ron Sexsmith and Arthur H. In February she plays a double-bill alongside Chilly Gonzalez at Toronto’s Massey Hall in February, followed by a London showcase on 8 March at Dalston’s Servant Jazz Quarters.

La Boca is physically released on CD via Jazz Village on 25 March.