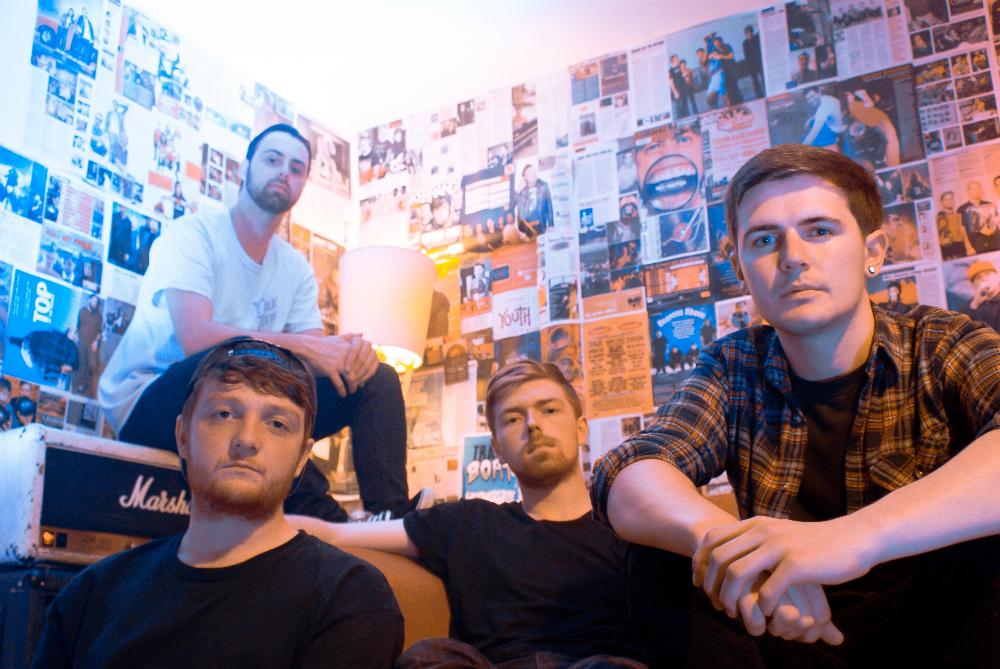 With their new EP ‘Dumbstruck’ set for release via Failure By Design on 22nd Jan, Bristol-based Weatherstate are streaming another track from the record, in the form of ‘Piss It All Away’. As vocalist / guitarist Harry Hoskins explains “This was the second track we wrote for ‘Dumbstruck’. The song highlights monotonous experiences with old friends, whilst also being self critical & guilty of the flaws that made the experiences so bleak myself. This song has a real Weezer influence behind it. Like every song should.”

Weatherstate will be celebrating the imminent release of ‘Dumbstruck’ with a special show at The Black Heart in London on 12th February.

With a sound somewhere between Sum 41, Weezer and earlier Green Day, ‘Dumbstruck’ sees Weatherstate find their feet and evolve their sound, offering something completely fresh whilst also endearingly nostalgic. From the immediate urgency of ‘Stutter’ to the huge, anthemic, riff-laden chorus of ‘ILL’ and the melancholic self-loathing singalong-ready ‘Grinding My Teeth’ this really is the record Weatherstate have been leading up to since their inception.

Weatherstate made 2015 a busy year for themselves. Recently signing to Failure By Design Records and getting regular airtime on Kerrang! Radio, they’ve toured with Trash Boat as well as sharing the stages with Creeper, Gnarwolves, Milk Teeth, Decade, Homebound and many others. The band are set to hit the road hard throughout 2016.