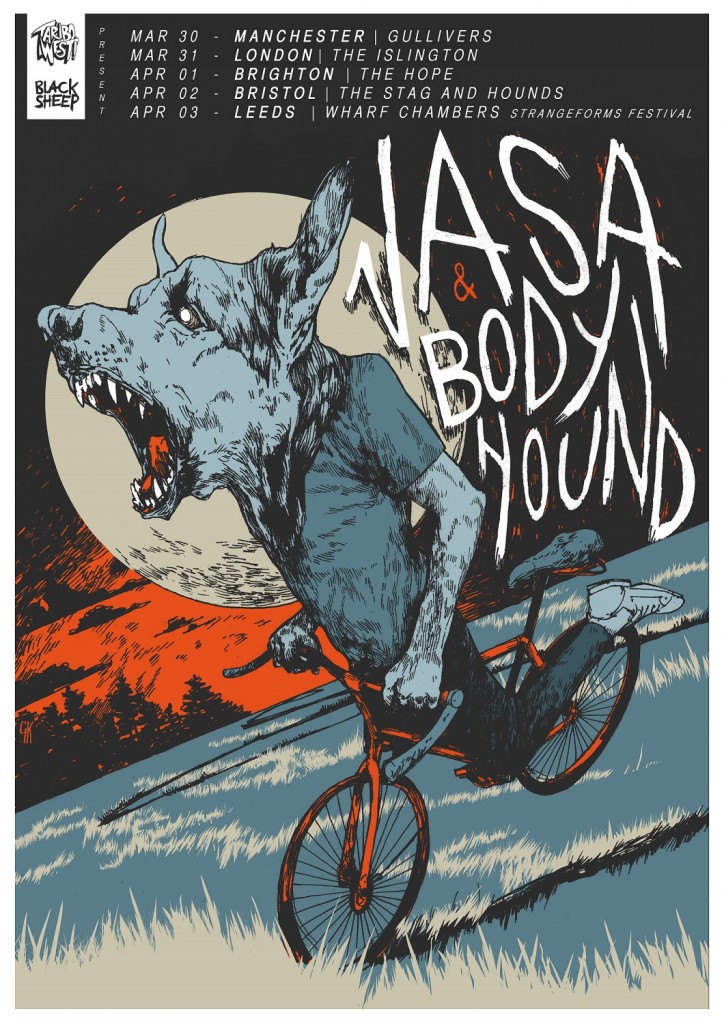 What the press are saying about VASA:
“One of the most exciting, dynamic instrumental bands in the UK” – The Independent
“Ones to Watch 2016” – Total Guitar
“Blistering post-rock with shades of math intricacy…they’re going to be huge” – Clash Magazine [8/10]
“Scores of mountainous riffs and fleet-fingered breaks” – The Skinny
“Captivatingly expansive and brilliantly immediate” – Goldflakepaint
“One of the bands at the forefront of the new world” – Fecking Bahamas
“A simply terrific record…one of 2015’s greatest and most welcome surprises” – Already Heard [4.5/5]
“Arguably the most vivid rock record released in Scotland in 2015” – The National Scot

Fresh from the release of their critically acclaimed debut album ‘Colours’ at the tail end of 2015, Glasgow instrumental post-rock quartet VASA are pleased to announce they will be hitting the road for a short run of UK headline dates in March/April 2016 with support from friends in Sheffield prog-math outfit Body Hound (full dates below). The run culminates in an appearance at StrangeForms Festival in Leeds for both bands.

Hailed by many as one of the most important post-rock releases of 2015 and picking up praise from the likes of The Independent, Total Guitar, Clash Magazine, The Skinny and many more, the album is out now and available on 12″ vinyl or digital download which can both be purchased here.

You can get a taster of the record on previously unreleased album track ‘Ergonomic Keyboard’ which the band are now streaming in full here:

“This tour has been in the works for a long time now and we’re very excited to get back out on the road again, especially with a band as immense as Body Hound”comments bassist John Niblock “They were an absolute stand out when we saw them at ArcTanGent last year so we are very excited to share a stage with them for 5 nights on the bounce. We’re hitting up some of our favourite cities around the UK and playing for some fantastic promoters so this has all the makings of a great tour, which is being rounded off with both bands playing at StrangeForms Festival in Leeds. If you have the means to get there, I would strongly suggest you do. The line-up across the two days is unreal.”

Since forming in October 2011, the quartet have seen a rush of support from national press and huge swathes of the post-rock community, giving way to tour dates with post-rock heavyweights such as Black Peaks, Deafheaven, Maybeshewill, This Town Needs Guns and Brontide plus appearances at ArcTanGent, T in The Park and Wickerman Festival, with further live appearances scheduled and TBA.

‘Colours’ is out now via Black Sheep Records.