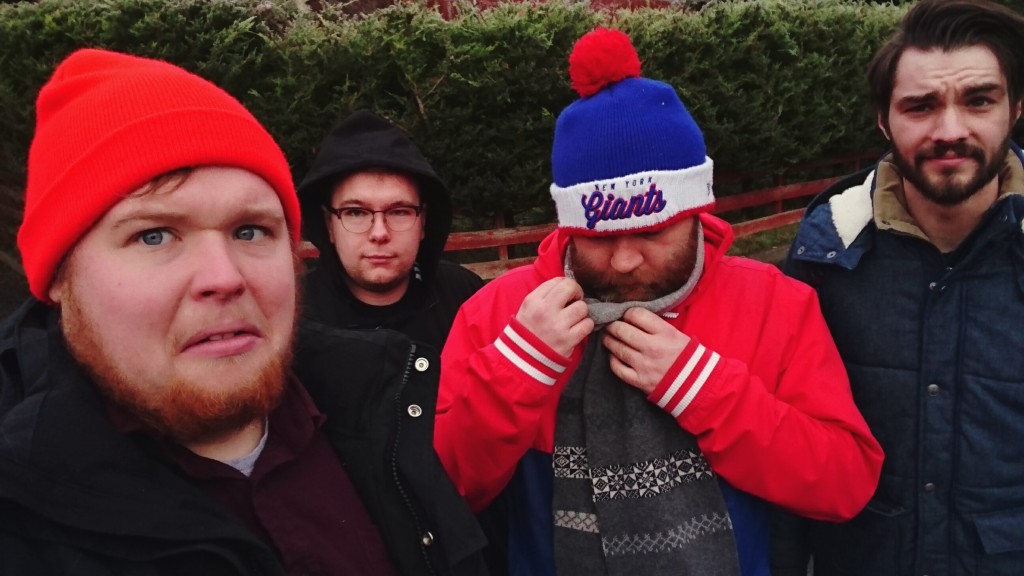 The Pooches started as the one-man home recording project of Jimmy Hindle during the summer of 2013 in Glasgow, Scotland. After a successful Kickstarter campaign to fund an album of 18 original songs, ‘Smoochin’ with the Pooches’ was self-released digitally via Bandcamp in late 2013. With it’s lo-fi pop charms being described as sounding ‘like Julian Casablancas fronting The Beach Boys’, it soon caught the attention of local label Gold Mold Records, who released it on limited edition tape in the UK, with it selling out pretty much straight away. The achieved top ten adds at over 20 college radio stations in the US. A further collection of home recordings – ‘One Man Dog’ – was also released in early 2015.

The band, now expanded to a 4 piece with Calvin Halliday on drums, Andy Kelly on guitar and Gavin Cormack on bass, have opened for Surfer Blood, Juan Wauters, Colleen Green, Craft Spells, Hop Along and more.

The new line-up recorded their debut EP, ‘Heart Attack’ in the summer of 2015 with Chris McCrory at Shady Lane Studios in Glasgow. ‘Heart Attack’ takes influence from the Stiff Records sound of bands like Any Trouble and Squeeze, whilst simultaneously carrying on the tradition of Glaswegian indie-pop legends The Pastels and Teenage Fanclub. In 2016, the EP will be released via Lame-O Records and Gnar Tapes in the US.