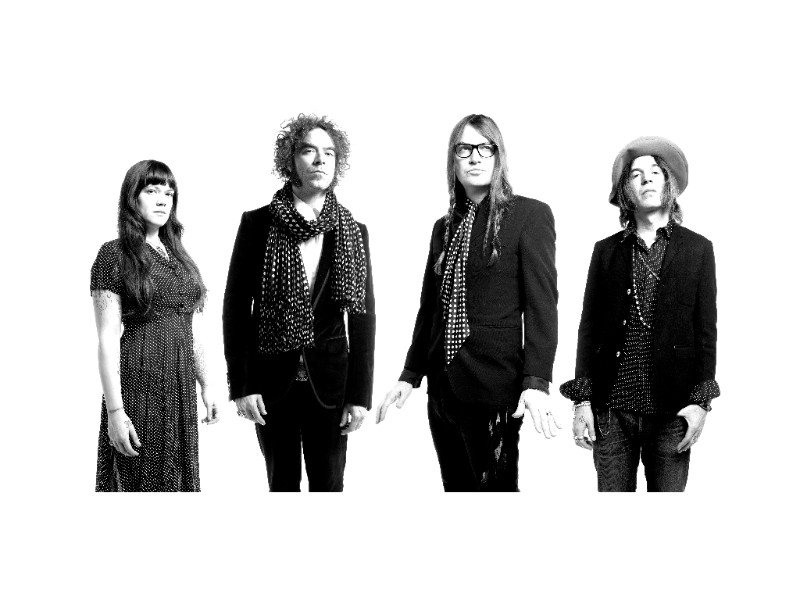 Portland, Oregon based indie rock icons The Dandy Warhols return this week with a brand new song ‘You Are Killing Me’, their first new music since the release of the ‘This Machine’ album in 2012.

The band can also announce that they have now signed to Dine Alone Records. Founded in 2005 in St. Catherines, Canada, Dine Alone Records (also home to bands such as Trail Of Dead, Alexisonfire, BRONCHO, Fidlar and many more) is an independent label based out of Toronto, Nashville and Los Angeles.

“My introduction to The Dandy Warhols pre-dates the internet”, states the labels founder and owner Joel Carriere. “ I was 21 years old and working at a record store and Good Will Hunting was blowing up and the soundtrack was selling a ton. I wasn’t at that age yet to fully appreciate Elliott Smith so I never really put on the soundtrack at work.  While watching Good Will Hunting at the theatre, I remember asking myself what song that was in the background of the legendary scene when Will comes over to help out Chuckie with this arrogant MIT student. I didn’t have a cell phone at the time so I definitely did not have Shazam, I usually was the human Shazam! That week at the record store I scanned over the soundtrack and boom!  It was The Dandy Warhols and the song just so happened to be on their full length record ‘The Dandy Warhols Come Down’.  I couldn’t be more thrilled that this record store clerk is now working with the band that had such an impact back then.”

The Dandy Warhols spent 2015 writing new music and the band closed out the year with a packed-to-capacity tour of the West Coast and South which included a three-night stint at Los Angeles’ Teregram Ballroom.

‘You Are Killing Me’ will be available on iTunes, Spotify and all digital retailers.

Find The Dandy Warhols at: