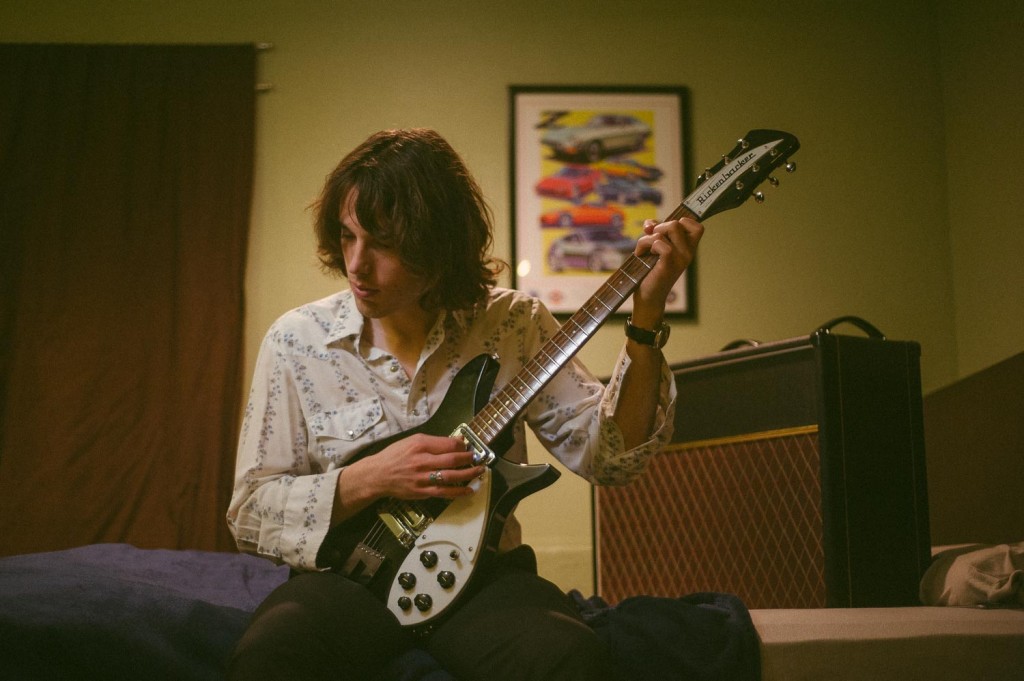 When you press play on the debut album from Chris Wilson you’d be forgiven for thinking it’s a long lost 60’s gem getting a reissue treatment. Love Like Heaven era Donovan and Syd Barrett will no doubt be a comparison that springs to mind on this beautifully crafted, home recorded album. It’s a record we may never had heard if it wasn’t for Chris recently upping sticks from his home town of Waterloo, IL and heading to Los Angeles. It was there he was made aware of the analogue revivalists at Lolipop Records. He head to the labels shop armed with his record hoping they’d give it a spin. They did and he was signed before he had even left the store. Chris describes the record;

“The album was recorded in our old bedrooms in our parents house in Waterloo. I’ve always thought of it as short poems put to music. It was sort of an “art project” for me, doing something different than how I usually write while I wasn’t working on my band ‘Northport with my brother”

Super Fan are proud to now bring the record to the ears of the UK. Christopher Playground is released on limited edition sharmi blue cassette and download on 05.02.16.

3.Dot Blends With The Garden Wall

“With a stripped back psychedelic vibe, Wilson has gone back to basics. You’ll be wooed by the sweet tone of the vocals, as you drift away to the subtlety of the drums” DEAFEN COUNTY

“Acid folk similar to Syd Barrett and Donovan is something you don’t hear lately, and this song comes as a refreshment” THE VIBRANT SOUND OF ACID