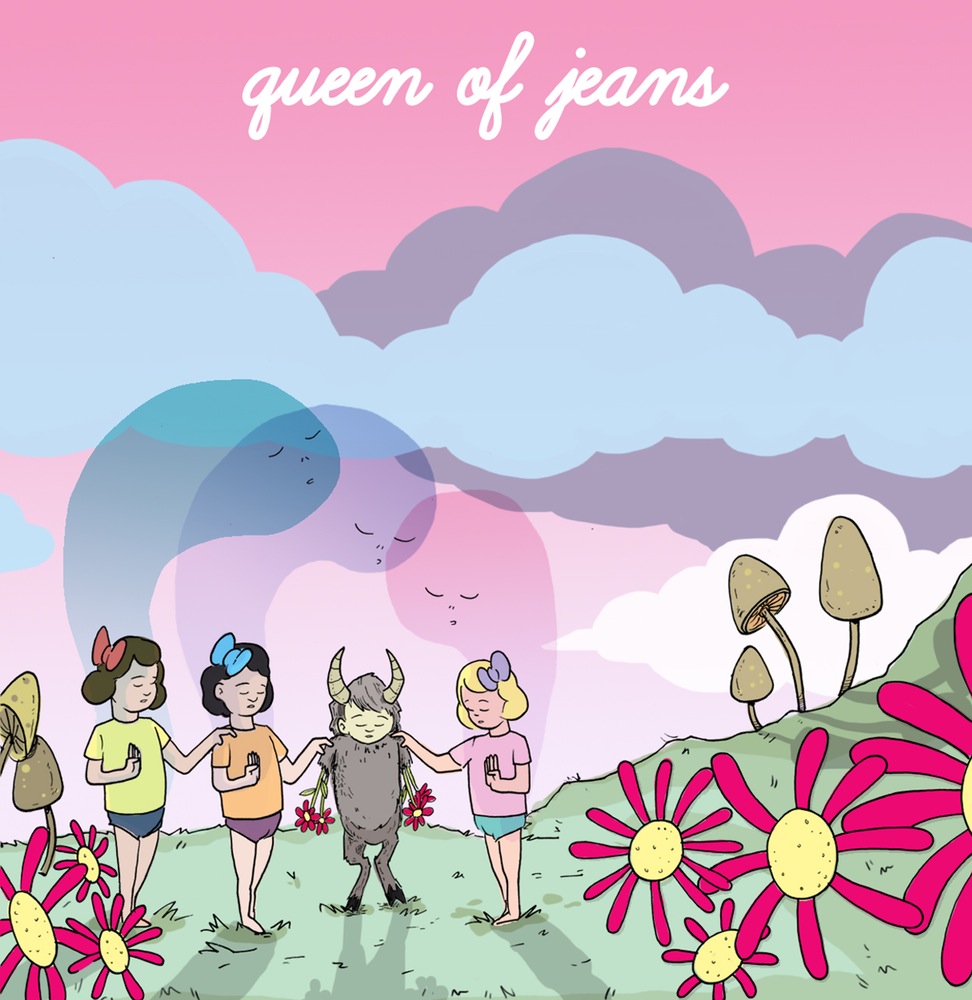 Philadelphia’s Queen of Jeans have been friends since they were teens but it was only after making a  pact at a new years eve party last December that the band was born. Dance was their first calling card to the world that soon got blogs sitting up straight and taking note. The close bond between Miriam, Nina and Matheson shines through with their vocal harmonies and intuitive effortless playing. Super Fan’s initial comparison was with girl groups of the sixties but their first EP has darker corners too reminiscent of Warpaint or Sharon Van Etten and we can’t wait for the world to hear it.

Self-described as “a never ending sleepover with slapstick fighting to boot” their shared love of 90s pop groups and movies bleeds through their sound. It’s almost as if they were pulled right off the stage of The Bronze in an episode of Buffy. Echo heavy guitars are serenaded by sweet three part vocals that transport you to 60s and back inside four minutes. Rather than be a pastiche of the old there is something much more contemporary about their songs.  Oh, and did we mention they love denim?

“In winter months, we usually keep warm at our favorite local pub, Lucky 13. Sometimes if we annoy him enough, the owner Clark will play our songs in the bar.”

The self-titled six track EP is released on limited silver mirror cassette with art by Steve Arnold. The first 20 copies come complete with hand written thank you notes from the band and include a free download copy.