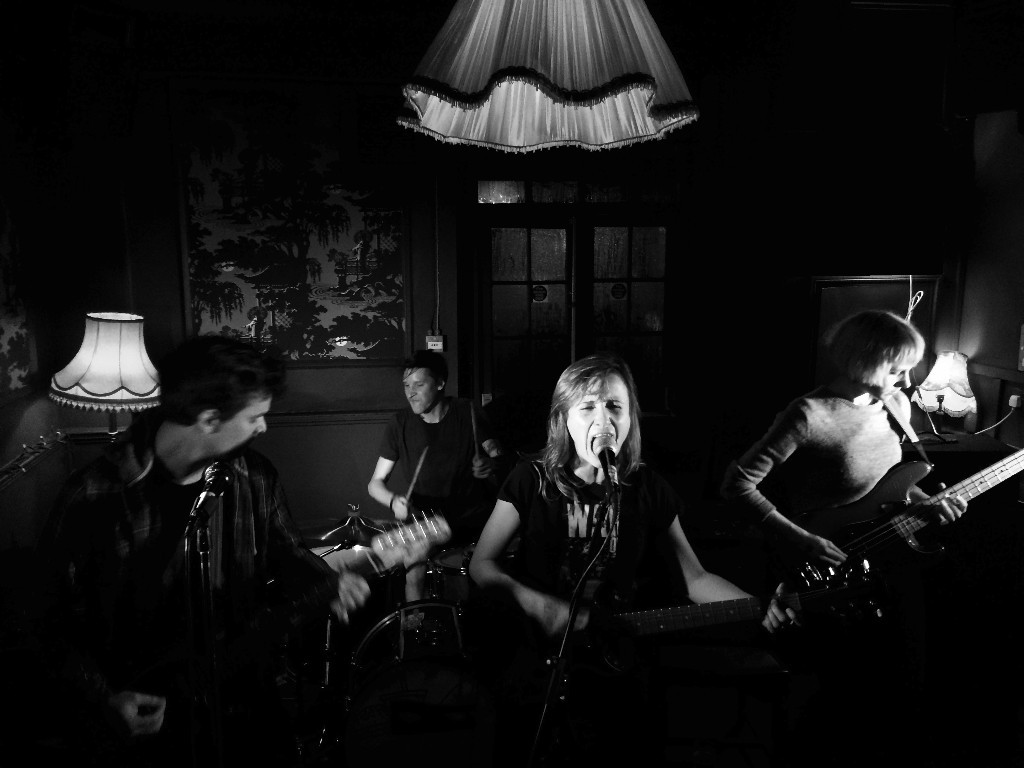 Petrol Girls, the feminist post-hardcore quartet from South East London will be taking to the road, throughout the UK, in late January, as they gear up for the release of their new EP, ‘Some Thing’.
The band commence the tour on the 10th January at The Camden Underworld with H2O and wrap up the run on the 29th January in Norwich with UK punk legends, Capdown.

On the tour, drummer Zock states, “Alongside the songs from our self-titled 7″, we’re very excited to be playing tunes from our upcoming EP ‘Some Thing’, as well as brand new material which we’ll start recording in March to be part of a full-length record later in 2016.” He continues, “We haven’t done an extended UK tour in a few months, so it’s exciting to be hitting up all the places again.”

The new EP, ‘Some Thing’ is a multiple label release through Bomber Music (UK), Panic State (US) and Laser Life Records (EU). It will be available from the 19th February on CD, 7inch Vinyl and Digital Download. Pre-orders coming soon.

Formed in 2013 for an international women’s day gig, Petrol Girls continue to tour regularly around the UK and mainland Europe.
Their music combines manic jagged rhythms with vocals that range from furious screaming to intricate melodies and harmonies. Drawing direct influence from Refused, White Lung, Bikini Kill, Fugazi, RVIVR, Propagandhi, At The Drive-In and War On Woman, Petrol Girls have sculpted a sound and a performance that is not only explosive, but highly detailed and rawkus.

Sometimes desperate and sometimes defiant, ‘Some Thing’ interrogates some big political ideas from an acutely personal perspective. Mental health and relationship issues open up into wider questions about alienation, borders, complicity and control.
It draws together different musical influences in a way that reflects this collision of ideas in the context of a culture that feels increasingly less human.

’Some Thing’ was engineered & mixed by Marta Salogni at Strongroom Studios, London, UK and mastered by Pete Maher in early 2015.
It was produced by Petrol Girls & Marta Salogni.

‘Some Thing’ is available on CD, 7inch Vinyl and Digital Download from the 19th February 2016.