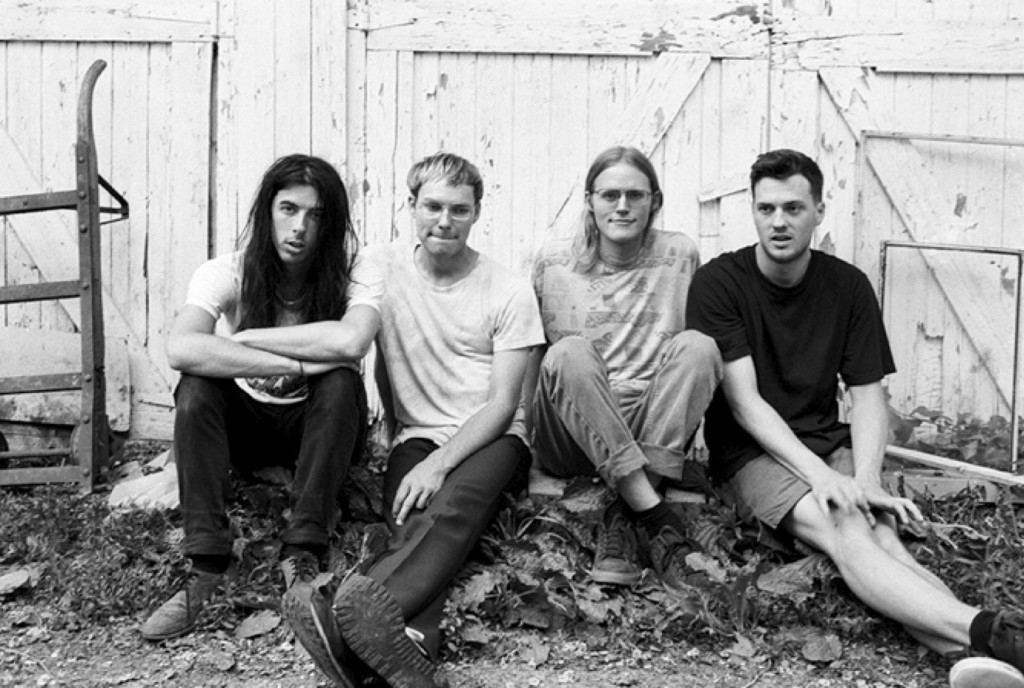 NAP EYES
Reveal new single “Roll It”
Taken from their album Thought Rock Fish Scale
Out on 5 February via Paradise of Bachelors
Thought Rock Fish Scale, is the new album from Canadian quartet NAP EYES, which is just a month away from release on February 5th via Paradise of Bachelors. The band shared opening track “Mixer” late last year and are following it up this week with “Roll It” , which Nap Eyes frontman Nigel Chapman describes;“”Roll It” is about theory of mind. You are trying to understand why you didn’t get your way. Imagining what the other person was thinking, did you get past your initial doubt to remember that other people have their own minds, different from yours?”
“Roll It” was premiered via The FADER who gave the record a glowing write-up: “Incredible album. Nap Eyes is a great band that will remind you of a lot of great things. Songwriter and guitarist Nigel Chapman, a biochemist by day, is the kind of preternaturally smart lyricist who inspires comparison to Bob Dylan, Lou Reed, and Van Morrison, and the many odd musicians who fall between. There’s a lot of good connections one could make listening to something so clearly labored over but also seemingly effortless. If you haven’t been listening to much rock music lately, Nap Eyes will make you remember why rock’s good in the first place.”
Recorded live to tape, with no overdubs, on the North Shore of Nova Scotia, Nap Eyes’ quietly contemplative second record refines and elaborates their debut, offering an airier, more spacious second chapter, a bracing blast of bright oceanic sunshine after the moonlit alleys of Whine of the Mystic. But the briny, cold Atlantic roils beneath these exquisite, literate guitar pop songs, posing riddles about friendship, faith, mortality, and self-doubt. Nap Eyes make soul music, in the sense that their music describes, from a position of uneasy humility, the often mundane maintenance of the fragile human soul.
Nap Eyes will tour North America later this year in support of Thought Rock Fish Scale including a stop at SXSW. Stay tuned for more details soon.
PRAISE FOR NAP EYES:
“Nap Eyes moves from psych-riffs to astrophysicists; from Rubaiyatic poetry to punctuated bass, in easy fluid motions. Chapman’s calm, steady voice can be as pained as Bob Dylan’s, and his lyrics can be just as profound.”
– Noisey
“Unkempt rock songs that are steeped in tradition yet impossible to pin down. Nigel Chapman sings with an observational deadpan that echoes back to the likes of Lou Reed, Jonathan Richman, and David Berman. This guy spends his days studying the infinite complexity of seemingly simplistic cells, and his songs function the same way. There are worlds inside [these] little three-chord lament[s].”
– Stereogum
“Whine of the Mystic is a necessarily dense title for a band like Nap Eyes, its multitudes containing additional multitudes. This is a drinker’s album, for the kind of drinker who does so alone, publicly, poring over popular 11th-century tomes.”
– Pitchfork
“Nap Eyes’ 2014 LP Whine of the Mystic was a brainy sort of daydream. Built on the genteel lilt of windswept electric guitars, swooning dramatic tension, and songwriter Nigel Chapman’s bookish lyricism, it felt sorta like falling asleep with a Velvets record playing in the distance and your nose in some weighty tome. It was deftly written indie pop… ‘Mixer’…brings with it the promise of more rambling romanticism.”
– SPIN
“These spindly, sophisto-naïve songs about friendship, uncertainty, belief, and heavy drinking suggest Lou Reed reared on The Clean and The Verlaines. But rather than a drawl or sneer, there’s vulnerability on Chapman’s lazily charming voice.”
– Uncut
Pre-order Thought Rock Fish Scale:
iTunes – http://smarturl.it/PoB24iT
Paradise of Bachelors – http://www.paradiseofbachelors.com/pob-24
Nap Eyes online:
https://www.facebook.com/Nap-Eyes-201393809940182/
https://twitter.com/napeyes
https://napeyes.bandcamp.com/
http://www.paradiseofbachelors.com/