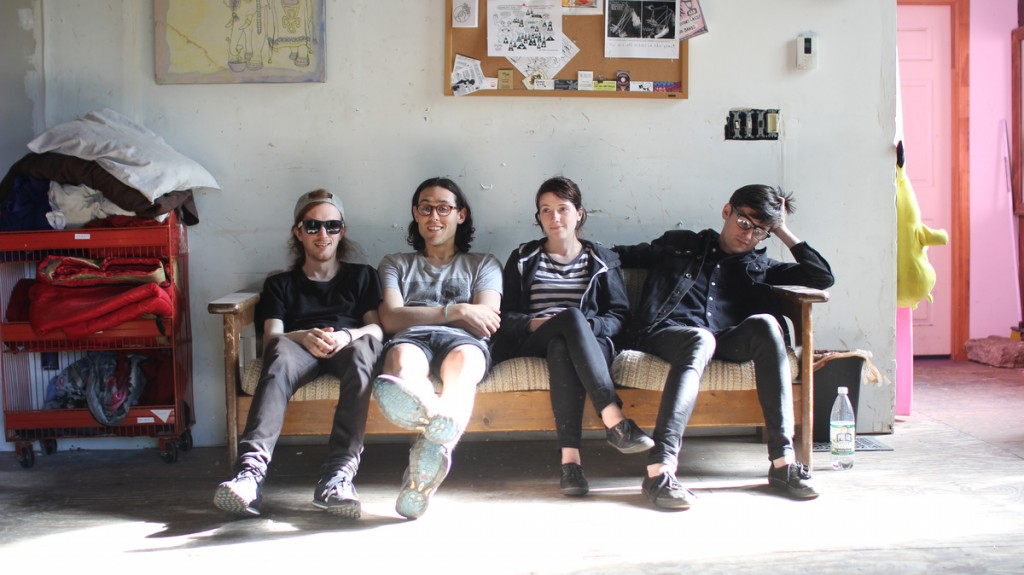 MARTHA
Live on Friday 8 January at the Fortuna POP! Winter Sprinter at The Lexington, London
After an action packed 2015, Durham anarcho-pop scallies MARTHA will celebrate the new year with a sold-out performance at the Lexington in London as part of the annual Fortuna POP! Winter Sprinter on Friday, 8 January.
The Fortuna POP! Winter Sprinter returns this week from 5-8 January. Four nights, twelve bands, DJs… the perfect antidote to the post-Christmas blues with the creme de la creme of the Fortuna POP! roster including Steven James Adams, Simon Love, Tigercats, Flowers, Chorusgirl, Withered Hand, Evans the Death, Milky Wimpshake and Pete Astor – plus special guests The Leaf Library and a Blur covers band featuring members of Allo Darlin’, Tigercats, Fever Dream and Night Flowers!
At present Martha are finishing work on their second album, which they will be releasing via Fortuna POP! later this year. The album is once again being produced by HOOKWORMS’ MJ at Suburban Home studios in Leeds.
Martha’s debut album Courting Strong came out in 2014 and was included in NPR’s top 50 albums of that year who described them as; “One of Britain’s best rock bands”. The album also received accolades from The Independent who called it; “One of the best DIY pop albums of the year”, and Noisey; “It’s the kind of music that makes you glad to be alive”. Drowned in Sound said; “Martha are one of the most thrilling and likeable bands to emerge from the North East in god knows how many years… Courting Strong is just fantastic”.
In November MARTHA released a split 7” with Philadelphia, PA’s RADIATOR HOSPITAL. It includes‘Chekhov’s Hangnail’ the video for which recently premiered via IMPOSE, and features guest vocals from TRUST FUND’S Ellis Jones. The video is comprised of footage from the band’s summer tour in Scandinavia.
Here’s the full Winter Sprinter line-up:
Tuesday 5th January – Steven James Adams + Simon Love + The Leaf Library
Wednesday 6th January -Tigercats + Flowers + Chorusgirl
Thursday 7th January – Withered Hand (full band) + Evans The Death + Pete Astor
Friday 8th January – Martha + Milky Wimpshake + Bleurgh – SOLD OUT