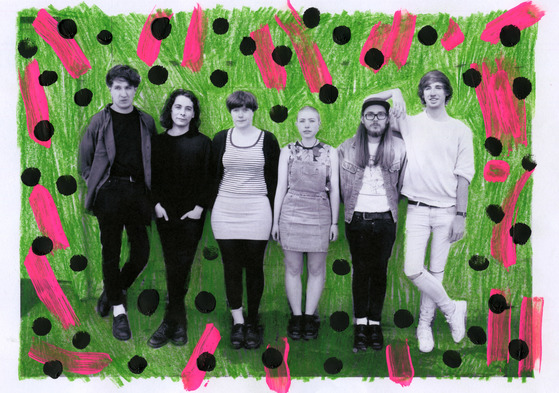 Get your tickets here- http://www.seetickets.com/artist/joanna-gruesome/702099

Currently writing their third album in a secure location, Joanna Gruesome have been coaxed into emerging for a short run of appearances in March. They will be taking a weekend break from a relentless schedule of séances, psychic ceremonies and moonlight rituals to play three exclusive dates at the Bristol Exchange, the DIY space for London and Brighton’s Hope and Ruin.

The Welsh group will be performing hits from their records Weird Sister and Peanut Butter, as well as previewing material rumoured to be appearing on a forthcoming single.  Songwriter Owen Williams explains: “It will be a strictly hit orientated set. Astrological experts have informed us that Saturn will be transitioning into retrograde during that weekend, so it seemed like an obvious time to play a few shows in the south and south west.”

Williams has failed to elaborate further but a source close to the band has confirmed that audience members may be in danger of accessing “subtle realms of the unconscious” if in attendance.  A rival source has warned of “dissonance, organs, shouting, occult content, pop melodies and ‘hardcore’ punk rock rhythms”.

Their new album Peanut Butter is out now on Fortuna POP!

“Their tip as one of Britain’s brightest new hopes is more than backed up on this showing.” DIY 4*s