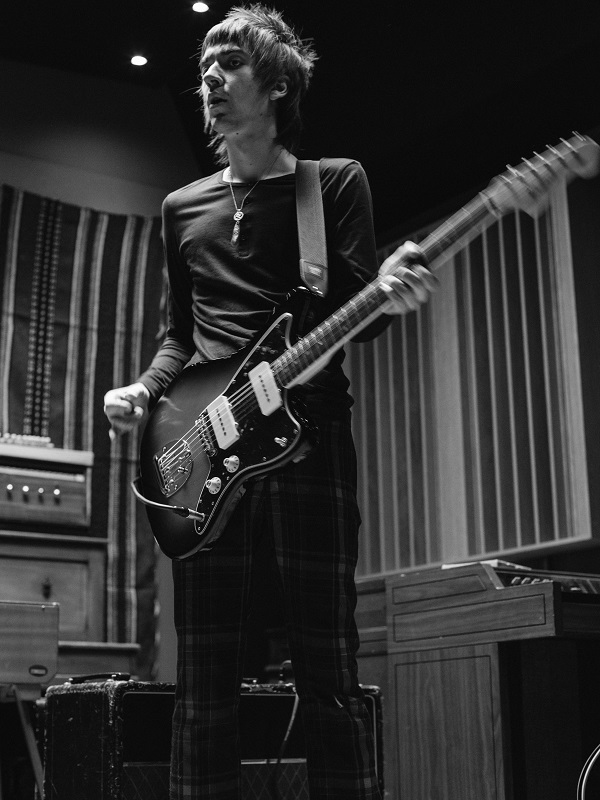 THE NEW SINGLE OUT FEBRUARY 26TH

FROM THE WAY THE LIGHT THE DEBUT ALBUM

Sonik Drips is the new single from Jeff Wootton, best known for his work with Damon Albarn in Gorillaz and Africa Express. The cinematic, Velvets/The Factory-esque video for the single – released 26th February – is currently premiering on Noisey, watch here.

“Sonik drips is how I describe my guitar sound and loops I create,” says Wootton of Sonik Drips. “The track was built on a guitar loop and the vocal is samples we triggered on an MPC, which is prominently a hip hop sample machine. It creates a new sound with elements of electronica and bass, I’m really proud of it.”

Sonik Drips is taken from Wootton’s debut album The Way The Light, also out February 26th 2016. As well as standard digital download, the album will be available as a limited edition 12” vinyl LP, including a 28-page booklet featuring 10 original artworks by Damien Hirst. Each new Hirst artwork is inspired by and named after a track on the album. Pre-order the vinyl album now from www.thewaythelight.net

The first cut to be taken from the album, The Eternal, was premiered by FADER, and was also Track Of The Day at Q Magazine and one of NME’s top 20 Tracks You Need To Hear This Week. A remix of the track by Nick Zinner (Yeah Yeah Yeahs) and Bootie Brown (The Pharcyde) was premiered by Lauren Laverne in December on her BBC6 Music show.

Jeff Wootton joined Gorillaz as lead guitarist in 2010, aged 23, playing alongside Mick Jones and Paul Simonon of The Clash as the band embarked on their first ever world tour. Wootton also played lead guitar with Damon Albarn on his solo album, and in 2013 he joined Damon Albarn, Brian Eno, Nick Zinner and several other musicians and producers on a trip to Mali to record an album as part of Africa Express.

The Way The Light was recorded between Wootton’s hometown on Manchester and Topanga, California, where, inspired by Brian Eno, Wootton and engineer Mark Howard (Bob Dylan, Neil Young, Daniel Lanois, U2) constructed studio installations in houses, recording for a few weeks before dismantling the set-up.

“Brian Eno is a great theorist and listening to him taught me a lot,” says Wootton. “Many of the records he made were not recorded in conventional studios, where the control room is in a separate room to the live room. Having the musician and the engineer working together in the same room can give a record a great ‘feel’, which I hope we’ve captured on the album. I also experimented a lot with sonic’s like Eno would do, especially on the guitar.”

Wootton plays everything on the album apart from the drums (supplied by Mark Heaney), and as one would expect from such a respected and in-demand multi-instrumentalist – he has also collaborated with Massive Attack, Noel Gallagher, Liam Gallagher, and Damo Suzukifrom Can – the musicianship displayed throughout is outstanding. Sonically, The Way The Light is inventive and experimental, but with a deft grasp of melody.

Last year, Wootton supported Blur at three dates including Glasgow Barrowlands and Blackpool Empress Ballroom, and he has confirmed two headline dates following the release of The Way The Light: