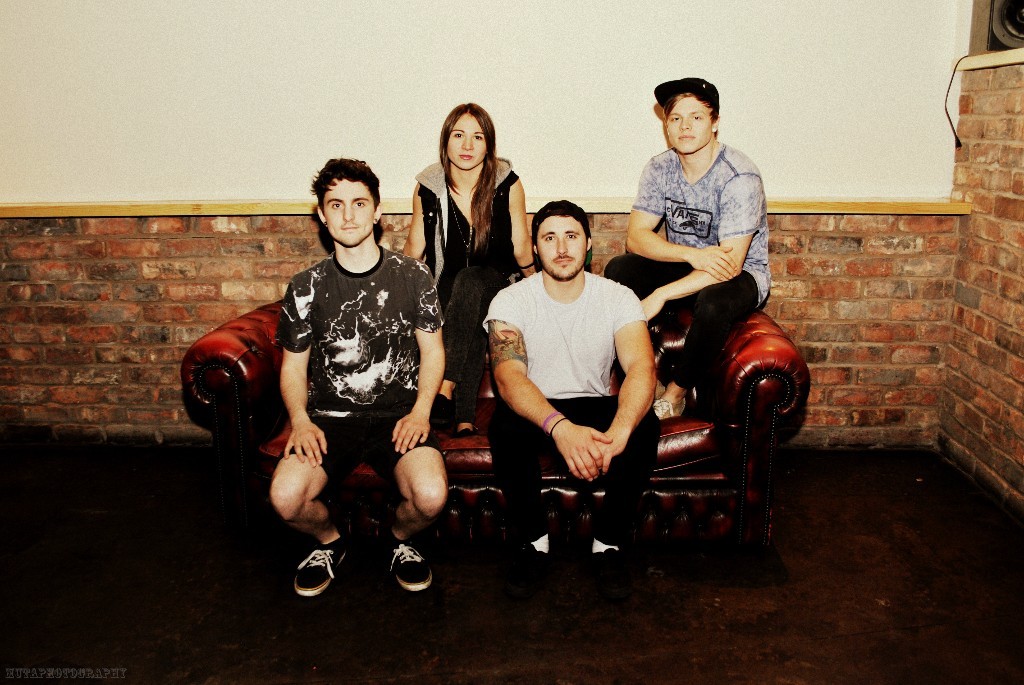 Edmonton, Canada based pop punks THE MADDIGANS are pleased to announce they will release their debut album ‘No Place Like Here’ on 4th March 2016 worldwide. The band will be hitting the UK later this spring on a run of tour dates in support of the record, with Western Canadian dates also to be announced.

Despite their youth, over the past few years The Maddigans have been what can only be described as pretty damn busy. The quartet – half British and half Canadian – have managed to tour 19 countries independently, land support from internationally respected outlets like Alternative Press and BBC Introducing and write four records, all whilst juggling the logistics of having half their members divided by the Atlantic ocean for at least part of the year.

Previous tours in the UK have given them an early leg up with a fanbase on our shores and with their weighty mix of pop punk and melodic rock, The Maddigans are hot on the heels of fellow Transatlantic upstarts As It Is who they hit the road with back in 2013. Blending a more traditional pop punk sound in the vein of State Champs with the mainstream rock of the likes of PVRISand Twenty One Pilots, the latest record is an attempt to finally capture their energetic live performance in a studio setting.

“We write all of our songs together as a band – anyone’s part is up for critique from anyone, so they’re a complete team effort by all of us. We’ve never used any co-writers or even had much in the way of ‘producers’, no-one outside the band has ever had a major impact on our songs and we’re proud of that. We’ve played a decent amount of shows all over the world now and have developed a pretty raw live performance. I think this is the closest we’ve come to capturing our live sound on a record” comments drummer Benn Kimmis.

The band will be announcing details of Canadian and UK tour dates in support of the new record as well as further details of the album over the coming months.

‘No Place Like Here’ is released 4th March 2016 worldwide.