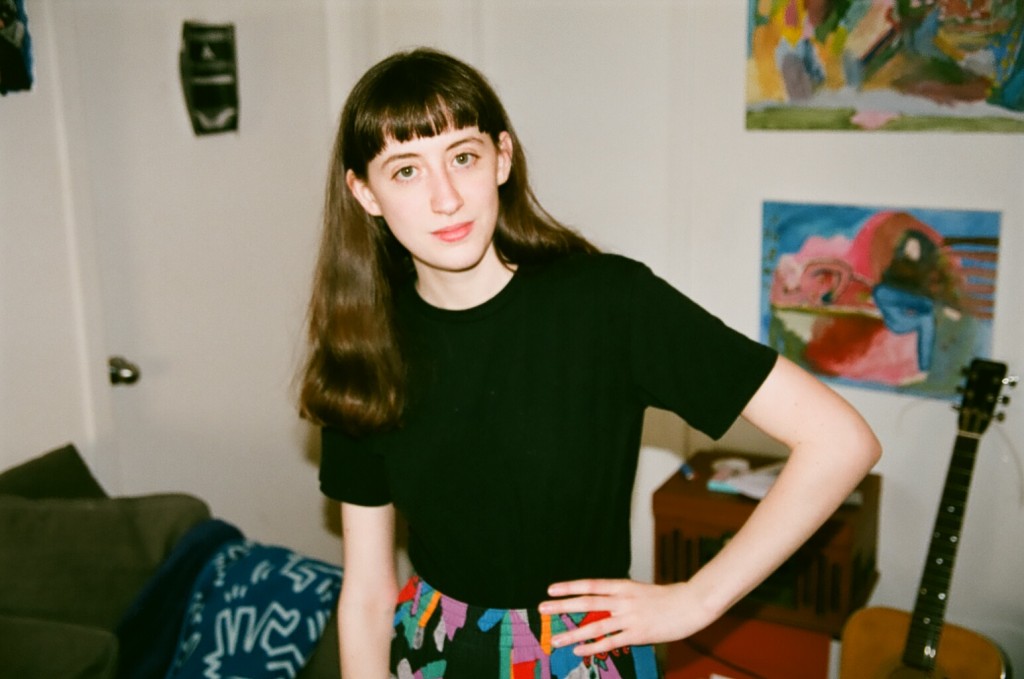 Taken from the Fit Me In EP, out now via
Bayonet Records

Frankie Cosmos has unveiled the new video for ‘Korean Food’, taken from her acclaimed EP, Fit Me In. She says of the clip, “I filmed and edited the video a couple years ago before the song was finished. It’s my version of a pop music video – boat, pool, beach, lipstick, alcohol.. but my way – camcorder, sunscreen, goggles, hummus. Kinda like how the song is sticky and emotional but sounds fun and glossy.” Watch it below…
NYC native Greta Kline began writing songs under the pseudonym Frankie Cosmos in late 2011. Kline’s songs are short and melodic, each poetically telling her story. Her songwriting is inspired in part by Arthur Russell, Connie Converse and poet Frank O’Hara.

Unstoppably prolific, Kline began self-releasing a steady stream of home recorded albums on Bandcamp. In 2013, Kline began to focus more on performing and recording with the help of her newly formed 4 piece band. Kline’s years of songwriting and production culminated in the recording of her first studio album Zentropy, released in 2014. Her debut was met with critical acclaim, gaining her a Rising feature from Pitchfork and ranking as the #1 pop album of the year by New York Magazine.

Frankie Cosmos’ latest EP, Fit Me In, is a one-off experiment in “fitting” Kline’s songwriting into an electronic sound, characteristic of current pop culture. The EP is a collaboration with Aaron Maine of Porches, who produced the songs using mostly electronic equipment in place of the live band instrumentation.

Kline says of the EP, “I think I’m always changing as a writer and trying new things. My awareness of the release process and the fact that it will be heard has made me pickier about what songs deserve to be finished, recorded, [and] released this time around. I am trying not to let it affect the writing side of things too much, though.”

Frankie Cosmos’ forthcoming album will be the first made with four band members and is slated for release from Bayonet Records this year.

“tender etchings of the everyday nature of real love.. We’re fortunate she keeps letting us into her world” – Pitchfork

“Washing over in waves of ethereal, synth-fuelled pop the new EP from Frankie Cosmos offers a dreamy piece of escapism from dark autumnal nights” – GoldFlakePaint

“With just four tracks, Kline shows how the combination of her poised lyrical presence and the sharpness of the recording is a force to be reckoned with — not only in the context of the Bandcamp artist, but also in the wider world of pop music.” – Tiny Mix Tapes