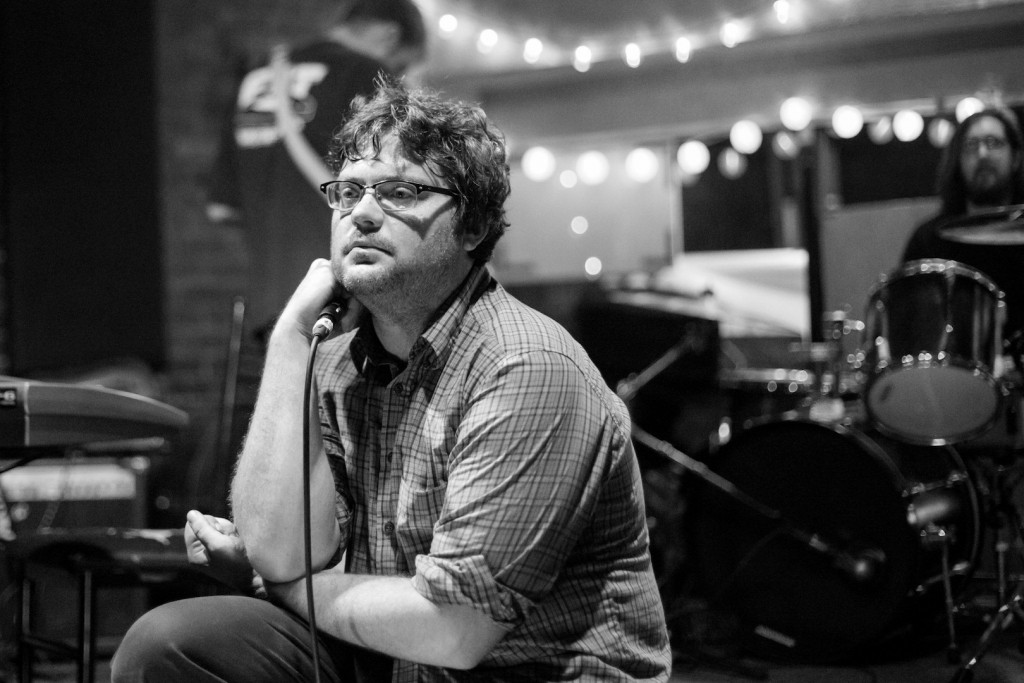 Endless Mike & The Beagle Club have announced their new record Saint Paul, coming to A-F Records March 4th. Pre-orders are available HERE. The band’s first single, “Intro To Philosophy” is streaming now via New Noise Magazine.
Stream “Intro To Philosophy” now via New Noise Magazine.
The Beagle Club began as a solo project for Pittsburgh punk native “Endless” Mike Miller in 2004, but has since evolved into a full blown indie-punk orchestra. Shows from the Beagle Club range from solo acoustic Miller performances to a full sixteen member band – complete with strings, horns, drums, electric guitars and percussion.  Produced by Anti-Flag’s Chris “#2” Barker, Saint Paul showcases the intricate structure of the band’s arrangements while still capturing the urgency of their live show. A quote from Mike Miller on the song and Chris #2 on the record can be found below.

“This is sort of an introduction to the album as a whole. It’s a song about how life can pile it on from all directions- and about the choices we have to make to keep going.”  – Mike Miller

“We worked tirelessly on Saint Paul, wrangling in 19 people to play on a record was the best and the worst. I just tried to help document the chaos. Mike’s songs are beautiful, the arrangements and melodies are unlike anything I’ve produced to this point. We both relied on one another’s passion in the decision making process. I’ve never been more proud of something I’ve recorded.. Meticulously themed, down to the artwork. Sonically and lyrically the most important record A-F has released.” – Chris(#2)Barker

Endless Mike and the Beagle Club is best described as “a singer-songwriter with a very loud punk rock band.”

First formed in Johnstown, Pennsylvania in 2004, the Beagle Club quickly grew from being a solo project to becoming a full blown indie/punk orchestra. At times, band leader Mike Miller performs solo on piano or guitar, while other shows might find him with a band of up to sixteen members – complete with strings, horns, drums, electric guitars, and percussion. No matter the arrangements, Miller’s lyrics remain the focal point, with songs about the significance of the insignificant, the alienation of modern man, and the hope that everything can change. The live shows are inclusive and upbeat, guided by the idea that if we’re all in the same sinking boat, we might as well go down singing.
The band is set to release “Saint Paul,” their first album for Pittsburgh’s A-F Records. The album deals with realities about growing up, issues of identity and sense of self, and the challenge of trying to make the world a better place.  Produced by Anti-Flag’s Chris “#2” Barker, “Saint Paul” showcases the intricate structure of the band’s arrangements while still capturing the urgency of their live show.

Endless Mike and the Beagle Club has toured with Ramshackle Glory, The Homeless Gospel Choir, Brook Pridemore, and The Riot Before.  They’ve shared the stage with artists such as Pansy Division, The Menzingers, The Sidekicks, Lemuria, Tim Barry, Hayden, Off With Their Heads, Mischief Brew, and This Bike is a Pipe Bomb. The band plans to tour extensively throughout 2016.