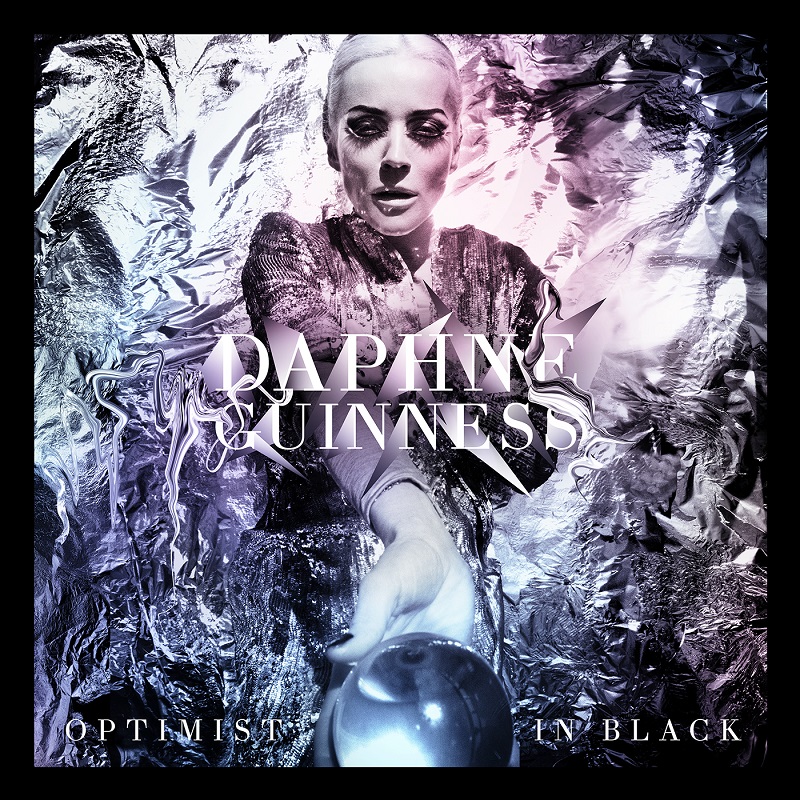 Daphne Guinness has confirmed release details for her debut album, Optimist In Black, due out via Agent Anonyme/Absolute on May 27 2016. The album was produced by the great Tony Visconti, in sessions recorded at New York’s fêted Avatar Studios (formerly the Power Station), and is trailed by new track ‘The Long Now’, the video for which is now streaming over at AnOther Magazine. Daphne is also amongst the crop of cover artists selected by Lady Gaga for her guest edit of the current issue of V Magazine (out now), alongside the likes of Alexander McQueen, Hedi Slimane, Karl Lagerfeld and Isabella Blow.

Daphne is included in what Gaga terms her ‘Fashion Guard’, with Guinness’ face and name already familiar to many from her bold approach to fashion and her close friendships with both McQueen and Blow, alongside various creative collaborations with artists and designers. Guinness has also made well-respected ventures in the world of film, with her name appearing on the back of the Oscar-nominated Cashback, which she co-produced, alongside a role in art film The Murder of Jean Seberg.If you’re wondering at this stage what Guinness’ reason for making a record might be, a better question might be to ask why she waited so long. “I began in music”, she reveals, “and I ended up there.” A young Daphne regularly stepped in on vocals for a Sixties covers band near her family’s Spanish home, and always looked set to pursue a career in music, even gaining a place at the Guildhall School before life (and marriage) had other plans. “I never thought I’d get back to my ‘home’,” she says. “And now I’m physically back in my home – Ireland – but also back doing what I was trained for, what I’m proficient at, but I thought I’d never see again. And it was like, ‘Oh my god, I’ve been given a second chance.’”

Optimist In Black– which shares its title with the album track referencing the bleak period following the suicides of her close friends McQueen and Blow- is a fascinating work, with Guinness, in elegantly commanding tones reminiscent of Nico, Grace Slick and Grace Jones, displaying a dark wit as she explores male vanity, the malleability of identity, and the effects of alienation and ennui. It’s heavy with flavours of Sixties psychedelia and Seventies glam, reflecting Daphne’s own lifelong loves. Her formative listening habits, as a teen, were anachronistic: “I’ve always been stuck in the Sixties. Jefferson Airplane, The Small Faces, as well as Robert Johnson and all the blues stuff, David Bowie, and on the top, The Doors.” The project began with a chance meeting with Irish producer Pat Donne, Daphne’s main co-writer on the album, at the renowned Grouse Lodge studios near her County Westmeath home. The duo’s original demos were then sent to Tony Visconti more in hope than expectation. “I was sick with nerves, emailing to him. He could have thought ‘Oh, it’s just this Guinness person.’ But he heard me through, and he loved it.” Daphne and Pat decamped to join Visconti at Avatar Studios, where recording sessions took a deeply surreal turn when David Bowie appeared at the studio. His approval of the snippets he heard from Optimist In Black further mesmerised Daphne; “I feel so blessed that Tony believed in me,” Daphne says. “I thought I’d got an A* from the headmaster.”