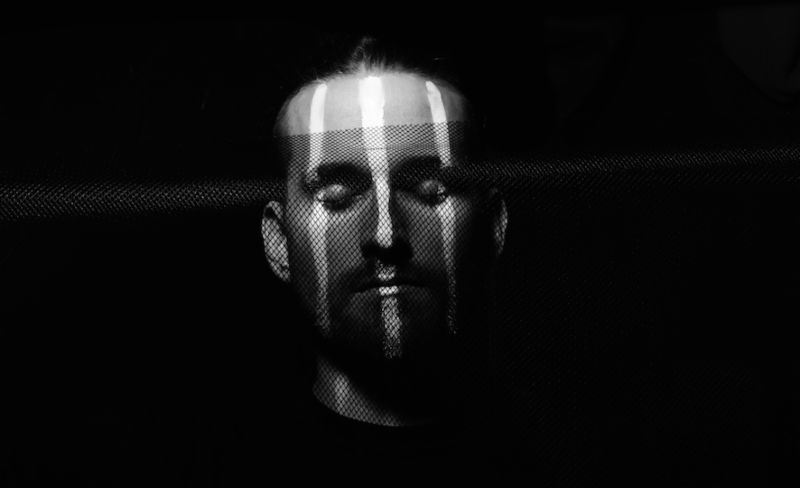 Tsyphur Zalan, the experimental, electronic improvisational side project of Ghost Against Ghostfrontman and composer Christopher Bono premiere a video today via Vice‘s The Creator’s Project. The video for album track “Dobryy Vechir” is directed by Tobias Stretch (Radiohead) and available to watch and share HERE.

“Dobryy Vechir” (which translates to “good evening” in Ukrainian) is culled from the recently released Tsyphur Zalan album, Sink. Bono composed the track in western Ukraine while staying in a remote cabin in the Carpathian Mountains near the Romanian border. It blends field recordings of midnight mountain thunderstorms and an ancient country clock against distorted and dense synth drones, weaving a strange and dark tapestry.
The video by art-film master Tobias Stretch was inspired by the experimental nature of Tsyphur Zalan’s work. Tobias used stock footage of depression era dust bowl films to create a post-apocalyptic, sci-fi Grapes of Wrath dream world, allowing the viewer a hazy and melancholic glimpse into a time long gone.
The album Sink. is a selection of synth etudes and drone studies using various synthesizer programs, field recordings and some minimal beats and percussion. The process for the album began as a daily hourly improvisation and experimental session in the morning where source material was developed.
Bono draws from his neoclassical background as a composer and producer to create the enveloping soundscape that is Ghost Against Ghost. The band also features drummer Thomas Pridgen (The Mars Volta, Trash Talk) and guitarist Anthony Molina (Mercury Rev).