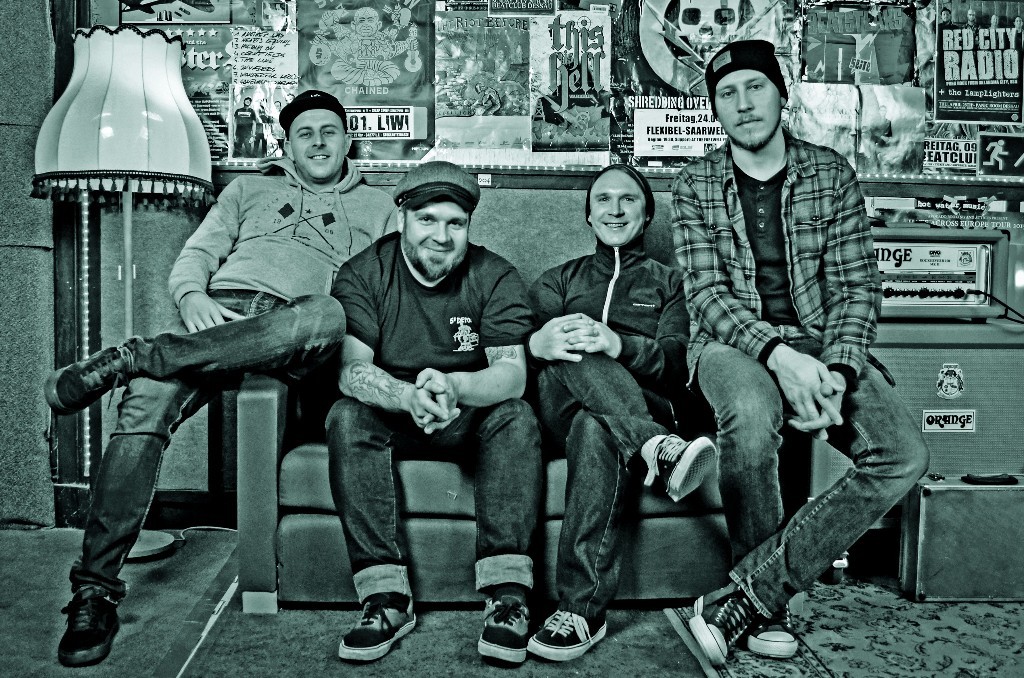 German melodic punk rock quartet, The Lamplighters have shared their new video for ‘Basement’, ahead of the release of their new album ‘Views’, on the 18/12/2015 through No Panic Records.

The Lamplighters, from Kothen, Germany formed in 2009 as a group of three. After several member changes and comings and goings, the band settled in 2013 with it’s current line up, consisting of Schusti and Malzi (Guitar / Vocals), Ante (Bass) and Enno (Drums).

Drawing influences from The Ramones, Hot Water Music and Against Me – Traditional melodic punk rock runs true throughout The Lamplighters. ‘Views’ is a statement and admission of feelings, fears, dreams and experiences straight from the heart. ‘Views’ is modern, socially aware punk rock, played at it’s finest.

The Lamplighters have become mainstays of the Mainland European punk rock scene, having relentlessly toured since their formation. Extensive tour dates in support of ‘Views’ are planned throughout Spring 2016. Dates TBA.

The new album, ‘Views’ will be available on LP, CD and Digital Download through No Panic Records from 18/12/2015.