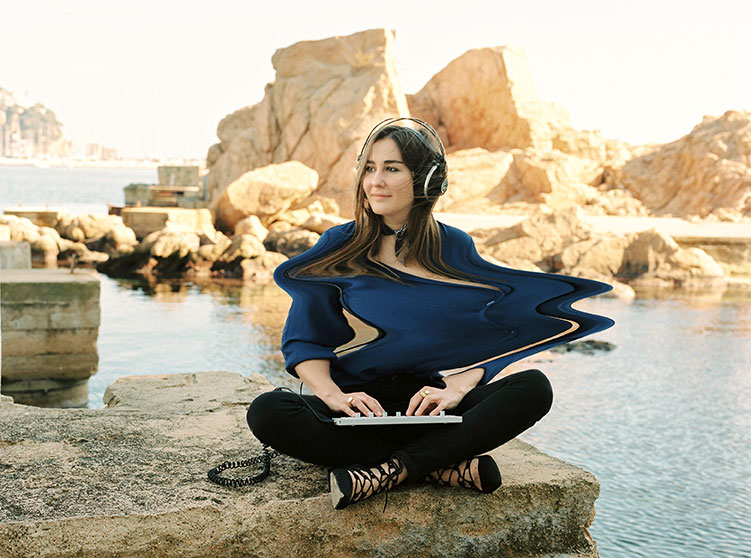 Aries signs to K Records (US) and La Castanya (EU)
Watch album trailer for Adieu or Die by Aires here:

Spanish electronic artist AIRES (a.k.a. Isabel Fernández Reviriego), has signed to K Records. For those who don’t know, K Records is one of the most prestigious labels in the American underground scene. Started by Beat Happening’s Calvin Johnson, it has released records by artists such as Beck, Modest Mouse, Melvins and Built to Spill, to name a few.

K Records and La Castanya are co-releasing Aries’ new record Adieu or Die on the 1 April, 2016. K Records will handle the distribution and promotion in the USA and Canada and La Castanya will do the same in the UK and Europe.

Aires have released two previous records (Magia Bruta and Mermelada dorada), which received rave reviews in the Spanish music press. It’s significant that a label such as K Records will stick its neck out for a seemily “risky” project, an album sung entirely in Spanish to be released to an English-speaking market. It says a great deal about the label’s belief in Aries’ rare talent and the brilliance of this unique album.

Today Aries release a trailer for Adieu or Die, a record that includes ten tracks, that can be described as an inner trip during which, in the words of Isabel Fernández Reviriego herself; “someone disintegrates, while the world disintegrates around him or her.”