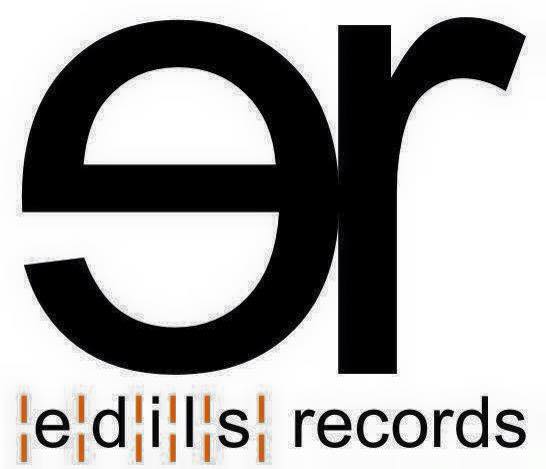 The next label take over comes from one very ambitious UK based label and no strangers to the site, EDILS records. EDILS Booking & records is a booking agency and small record label with a true DIY ethos, and the best label mentalities we’ve witnessed, over the years EDILS have truly worked hard to promote and release talent worldwide. The man behind the label Philip is also known for his talents in People//talk and Oh Well Goodbye.

Alphabetical order as I love all these records!  But I will reveal my fave album if you read close enough!
Alex Calder – Strange Dreams (Captured Tracks) 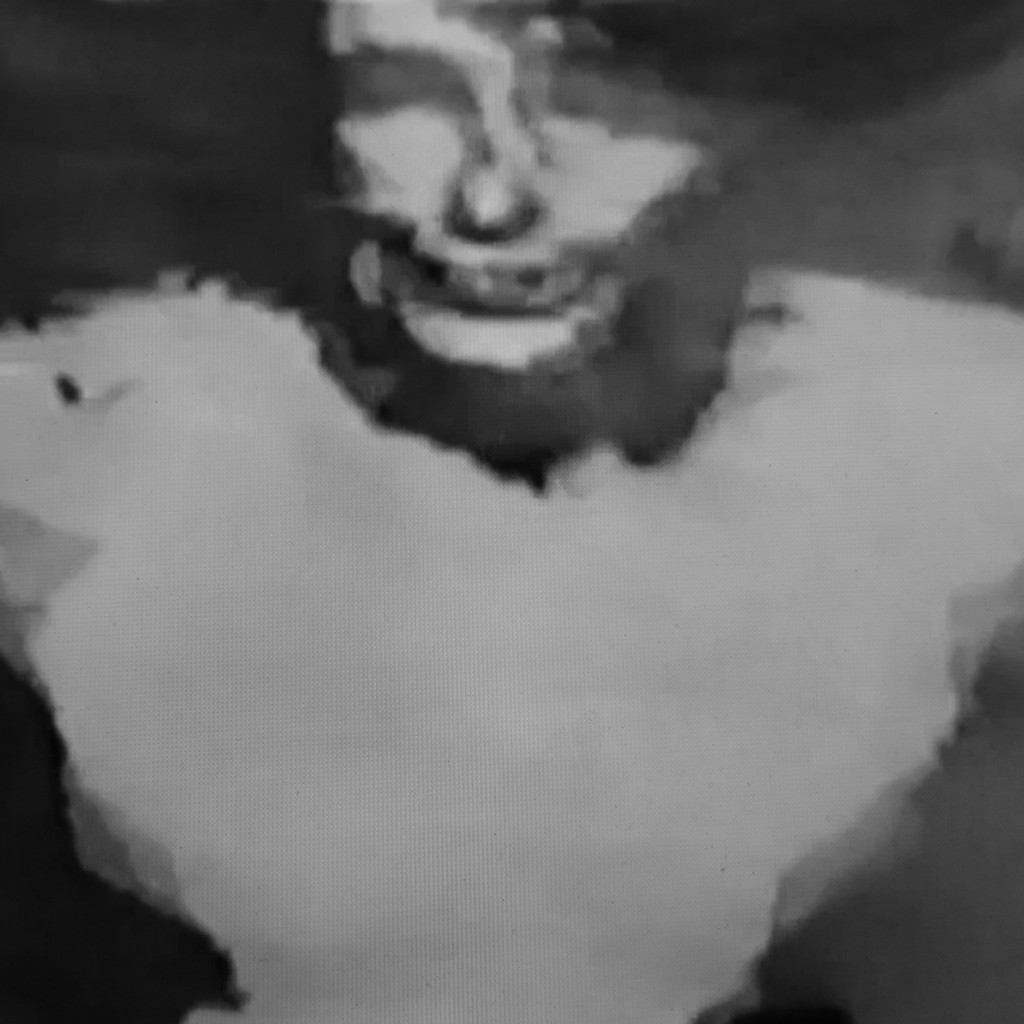 This pisses all over Mac Demarco. I don’t mind Mac but I think its all got a bit too much now. Alex Calder has the songs without all the hype. Its a little bit more upbeat than Mac Demarco. Great album and awesome sound.
Anto Pascoe – To Escape (Melted Ice cream Records) 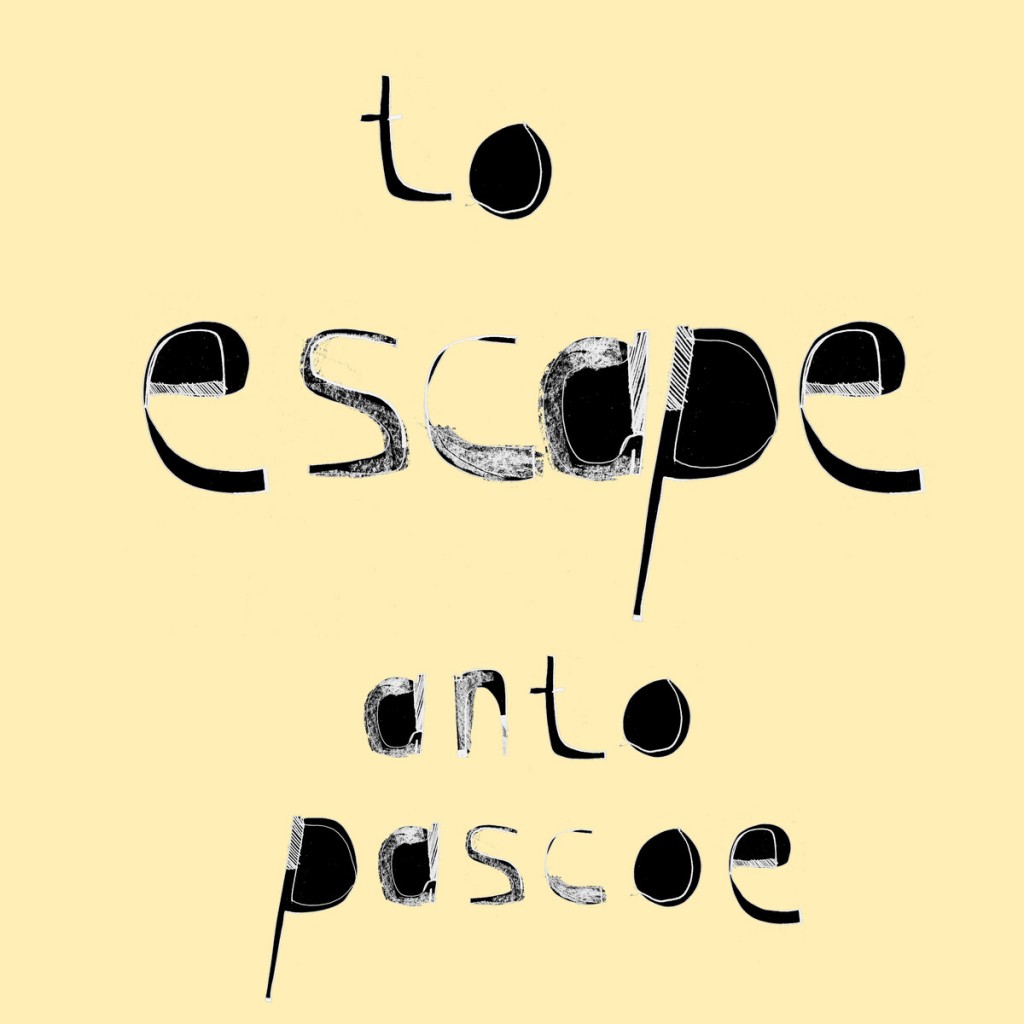 This is so cool. First of many New Zealand artists on my list (I’m kind of obsessed with bands from this country at the moment). Really chilled almost loungy. There’s a real emotional pull from this collection of songs. Beautifully done and wonderfully captured with a real basic Lo-Fi approach. Highly recommend this one
Dignan Porch – Creme (EDILS – yes us!!) 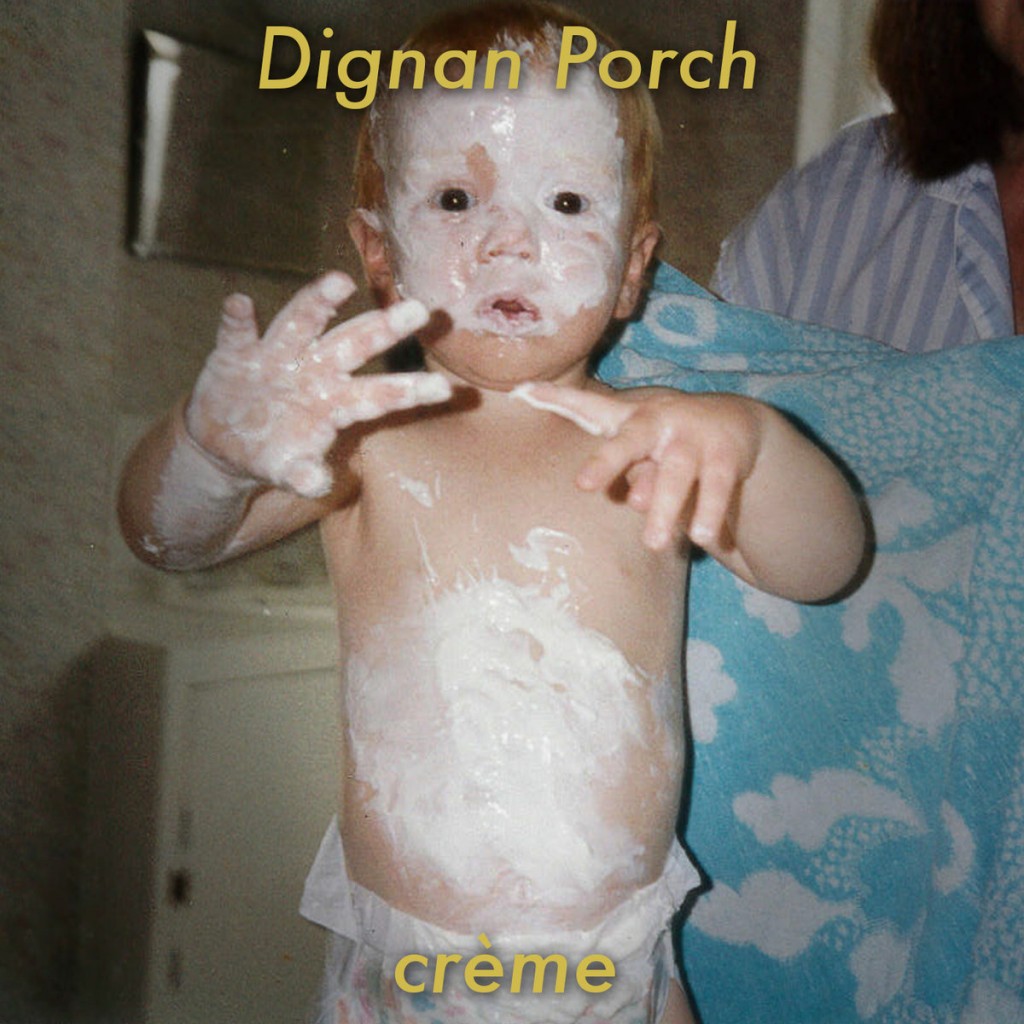 One of my favourite bands and to have the opportunity to release this collection of songs on a limited tape was amazing. If we didn’t release it then it’d still be on our list. I think this EP covers everything DP are about. I really like this line from a review of the EP ‘It is laden with woozy guitar effects, hiss and rasping distortion and scintillating synth gloss without too much polish…any punk element is coated in that psychedelic, lo-fi grit. Cool
Evans The Death – Expect Delays (Fortuna Pop!) 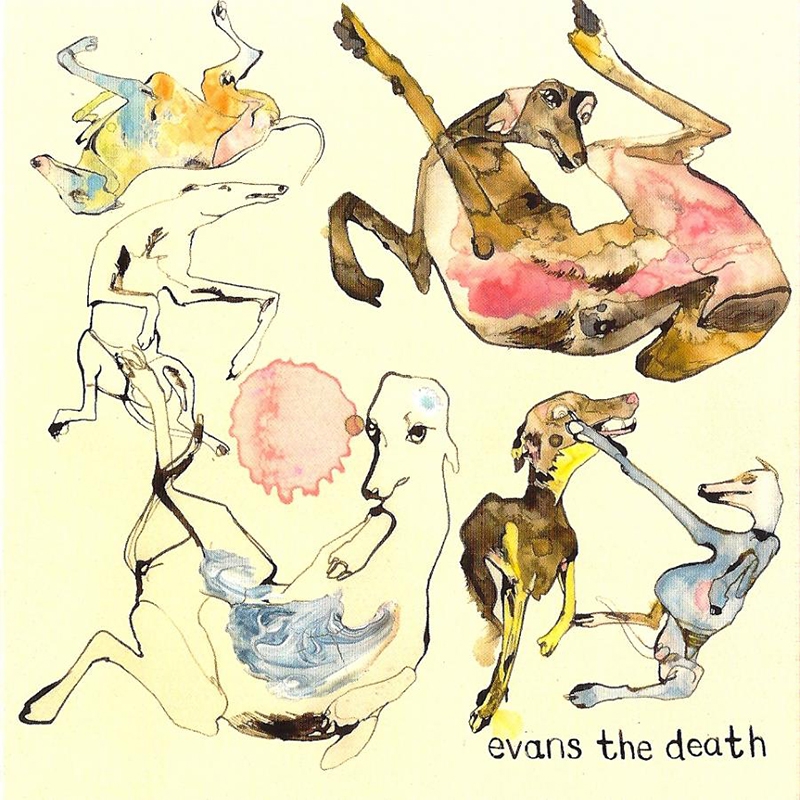 Proper British indie album this. Really gritty and full on. Great performances all round and a huge step up from their debut album which is also great btw. Brings to mind some 90s indie but some C86 stuff too. Love it and I love them!
Iron Maiden – Book Of Souls (some major!?) 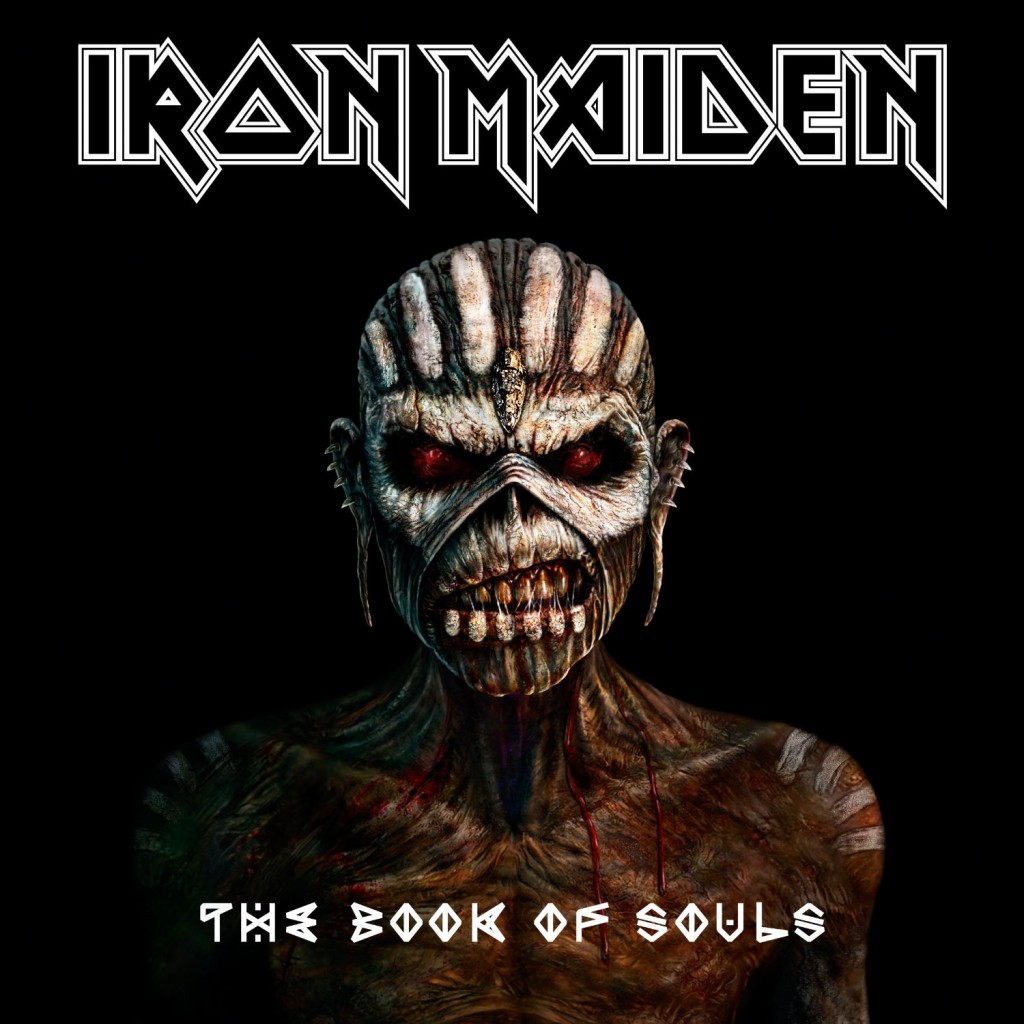 Cos it kicks ass (well most of it does!) the songs that are great and fucking great! Its fun to have a beer or two and listen to metal music every so often. Awesome packaging too. Gotta love Eddie.
Les Bicyclettes Blanches – Einfugen (Bleeding Gold Records) 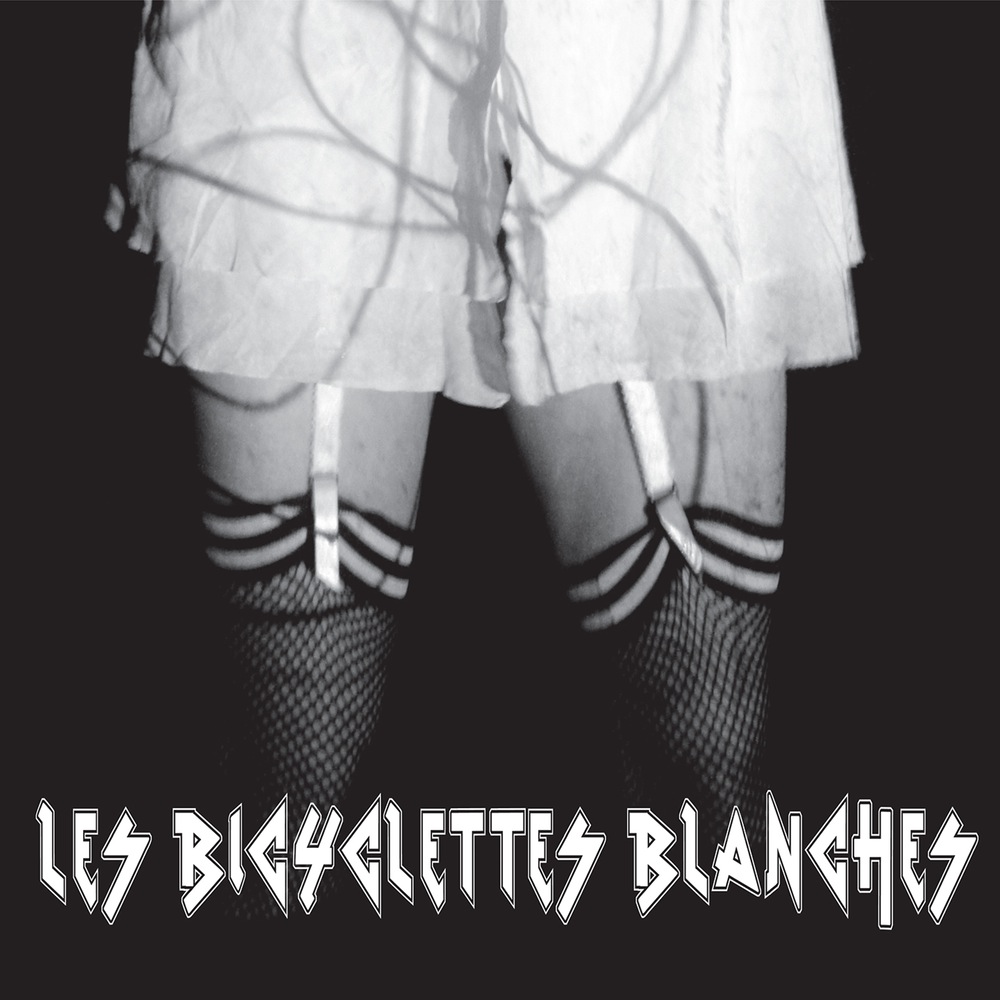 Really cool straight up garage rock from NY via France. Pretty raw. I love it. Worth seeking out.
Os Drongos – Out Of The Box (Bleeding Gold Records) 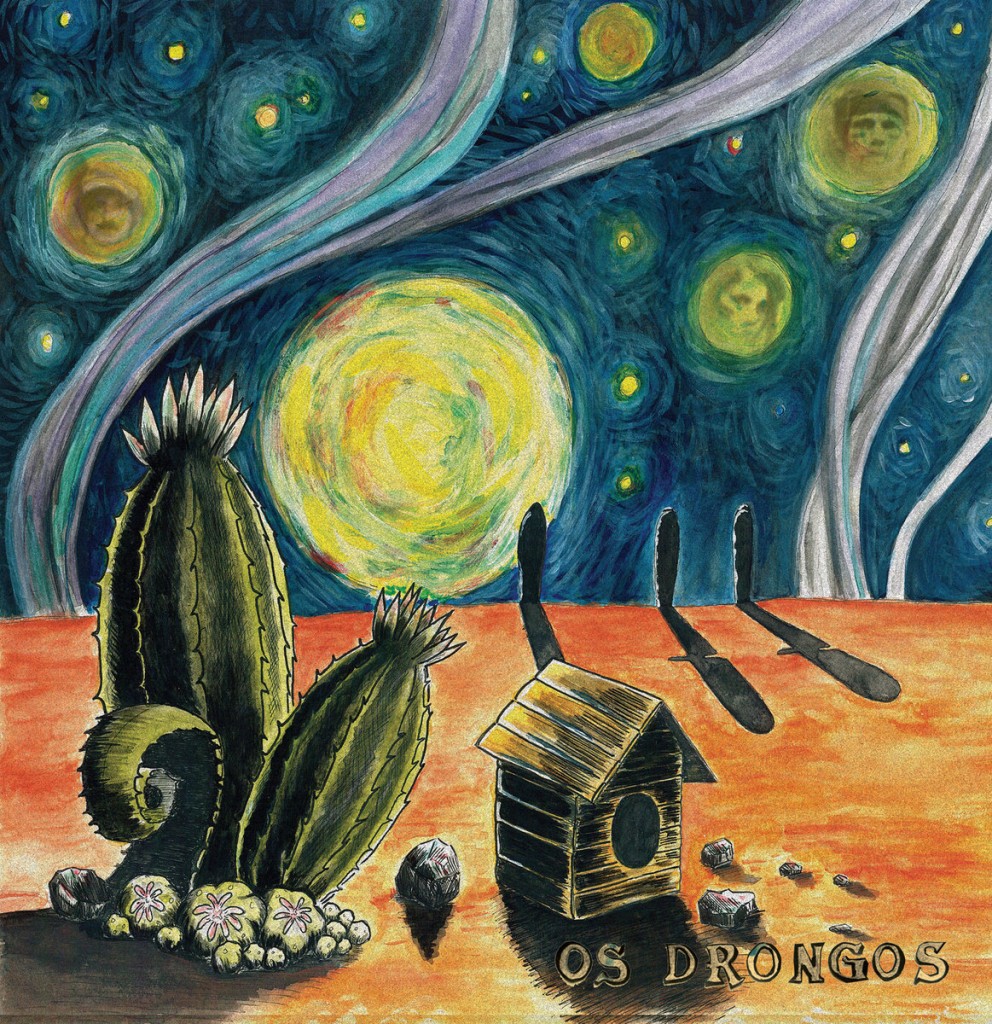 WOW. This is so good. Mix of psych-indie-garage. Wonderful band and start to finish this album really delivers. My band supported these guys in France and they were just great. This album gets the best artwork award for 2016.
Salad Boys – Metalmania (Trouble In Mind Records) 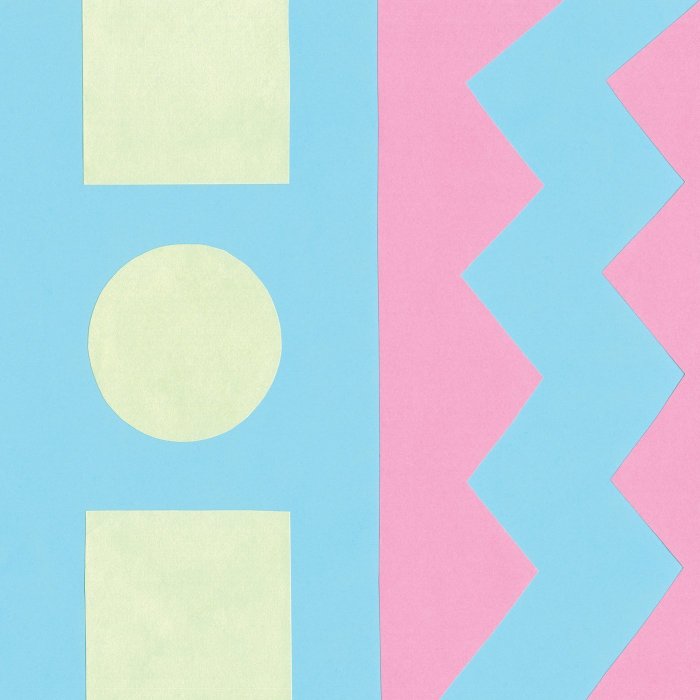 Not a metal album believe it or not! Another NZ band and an amazing record. THIS IS MY FAVE ALBUM of 2015! I suppose it reminds me of those early Flying Nun bands but Salad boys have such a cool sound and the performance on this album stunning. I love albums that sound like the band giving everything and this is certainly one of those. Full of boss hooks and full on guitars. From start to finish its just wonderful. Go buy it!
Shocking Pinks – Dance The Dance Electric (EDILS – yes us! Another one!!) 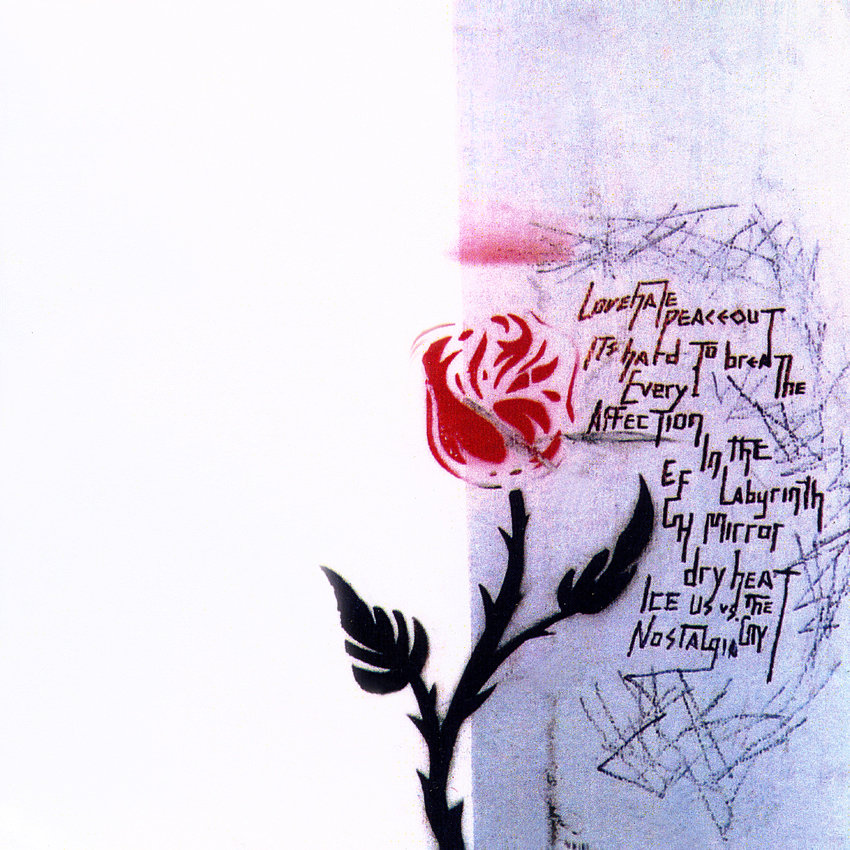 They are one of my favourite bands and to be a part of this world wide re-release of their debut album was incredible. They’ve had albums on Flying Nun and DFA so it was a huge deal. Dancy-indie punk with an emotional punch. Incredible stuff. Pitchfork gave it 8.6 or something if that means anything to anyone!
Surf Friends -Dreams Are Real (Flying Nun Records) 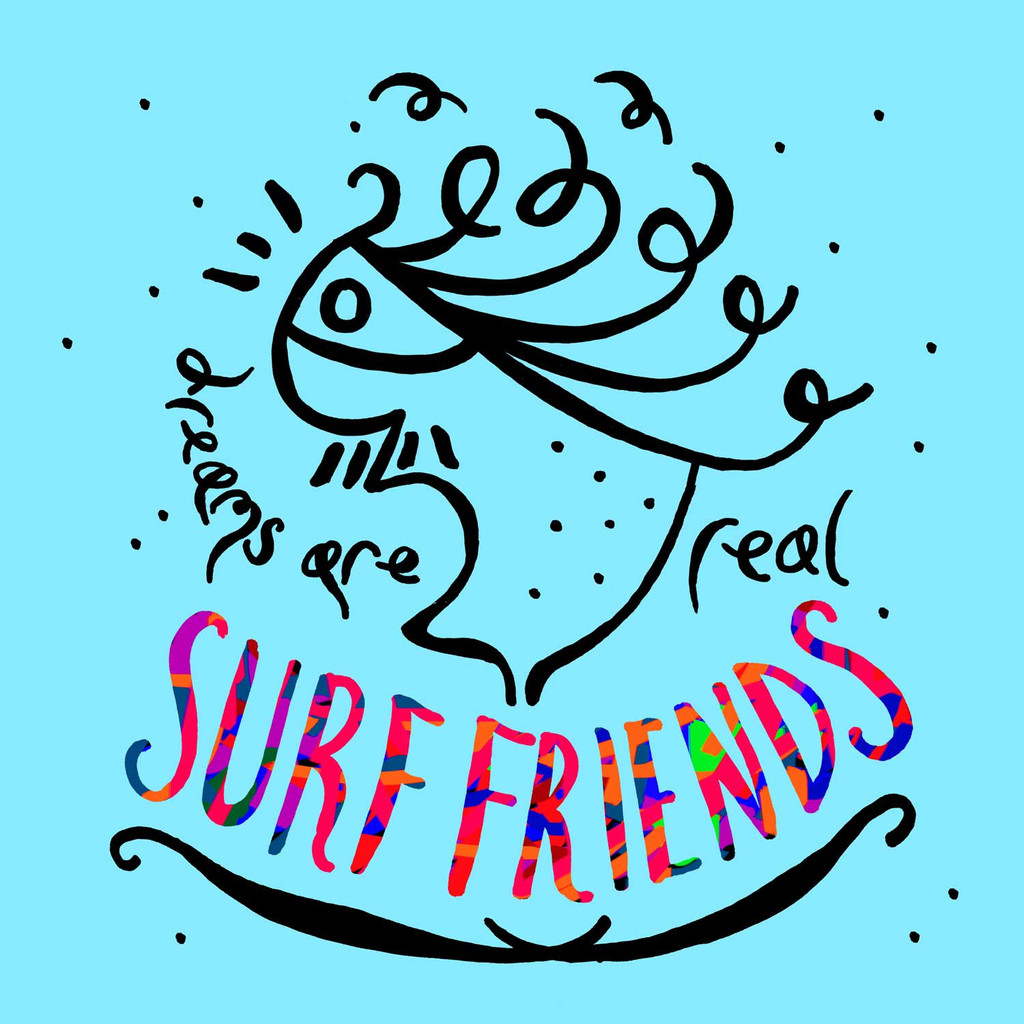 This is awesome and a super late entry as it only came out recently. Really cool dreamy-psychy indie-pop from NZ. Don’t let the name fool you, its not really all surfy sounding. Its quite edgy. Really cool band.
The Mantles – All Odds End (Slumberland) 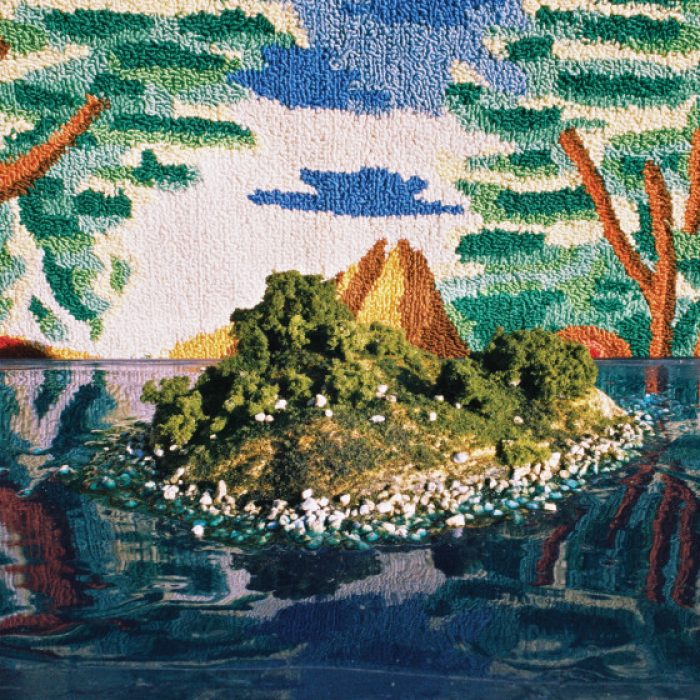 Really enjoyed their s/t album a few years ago. Been streaming this a lot and I’ve just ordered the LP cos I love it so much. Kind of garage rock but in a cool Californian vibe way. Just go listen to it!
Tijuana Panthers – Posters (Innovative Leisure) 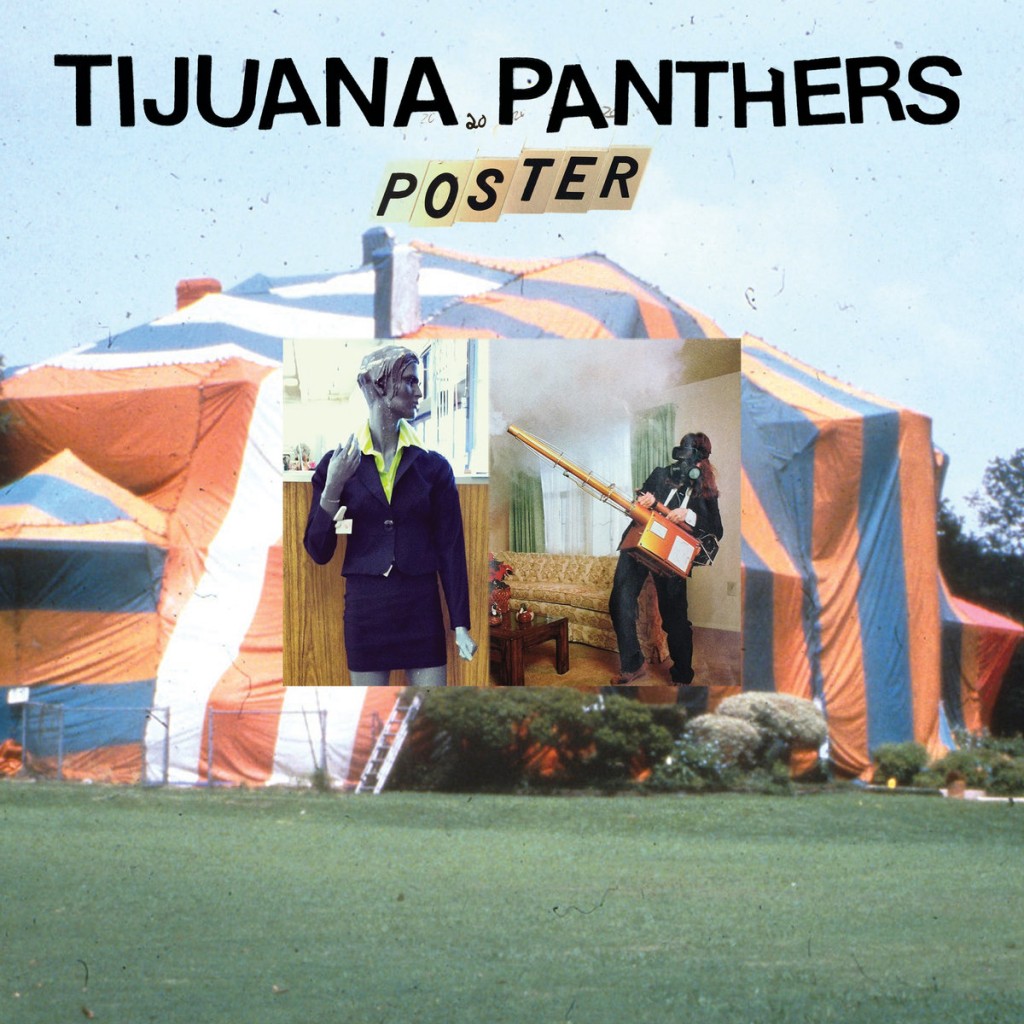 First heard this when the dudes in Os Drongos played it to me at a show in France. Full ace hooks, boss jangly guitars, beautiful production but they can rock too! Similar to The Mantles brand of Californian breezy garage rock I guess.
Transistors – Cuppa Jarra Brossa (Melted Ice Cream Records) 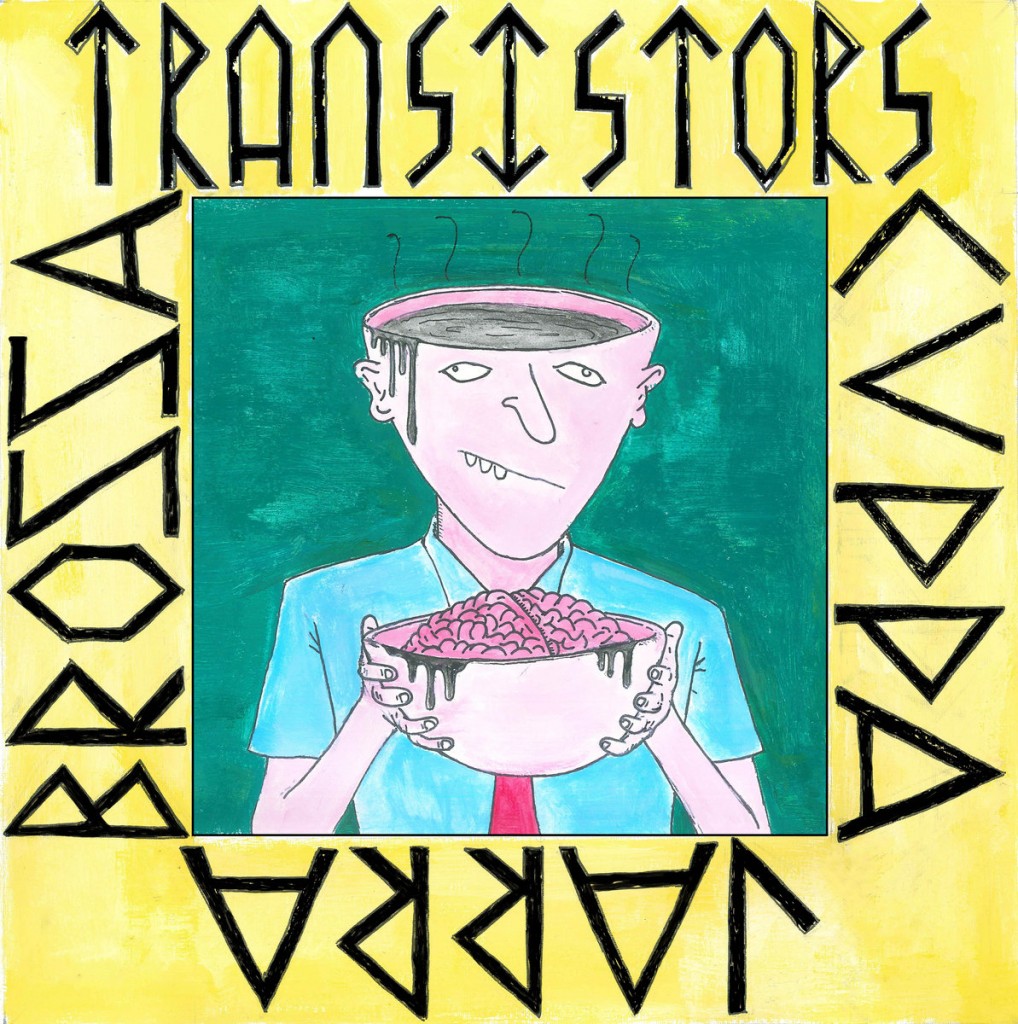 Another MIC release and another NZ artist. This is so fucking cool. Straight up fuzzy indie rock songs.It was recorded on a 4 track and it sounds brilliant. Really great hooks and everything is so full on it makes me want to jump around. Its cool as fuck.
Best Gig
I don’t really like going to gigs. I find myself not seeing many shows, Only shows I’m involved in somehow.
Best band I saw live was probably Shocking Pinks but a gig as a whole would either be the ‘creme’ release party with Dignan Porch, Great Ytene (CHECK THEM OUT) and Gorgeous Bully.
OR The Windmill alldayer in Brixton that I was lucky enough to play with my band. Lots of cool bands played that day but Soft Walls who blew me away that night.
Label highlights
Without a doubt releasing some of fave bands who are well established acts. Shocking Pinks and Dignan Porch
We’re also a booking agency and our current roster is incredible.
Dignan Porch, Evans The Death, Gorgeous Bully, Something Anorak, TV Wonder, Os Drongos
Artist to look out for in 2016?
Evans The Death
Plans?
We have 4 possibly 5 physical releases set. All NZ artists and 4 digital releases too. Who knows. Things just seem to happen.
We will continue booking tours and I honestly think we have one of the best book rosters of any booking agency.
Dignan Porch – UK/Faux Discx/Captured Tracks (UK & Europe)
Evans The Death – UK/Europe (Fortuna Pop!/Slumberland Records)
Gorgeous Bully – UK/Art Is Hard (UK & Europe)
Something Anorak – UK/Europe (Lefse Records)
Lets Say We Did – Sweden/Nesna Rec. (UK)
Os Drongos – France / Bleeding Gold records (UK)
TV Wonder – Netherlands / Faux Discx (UK)
2015 was one the best years for EDILS as a booking agency and hopefully we’ll continue to build in 2016.
It’s always a pleasure working and promoting EDILS and the plethora of great acts in any way we can, we wish Philip all the best for next year!
edilsrecordings.bandcamp.com/

Harkin Shares New Single & Video “Driving Down A Flight Of Stairs” – New Album Out This Week!