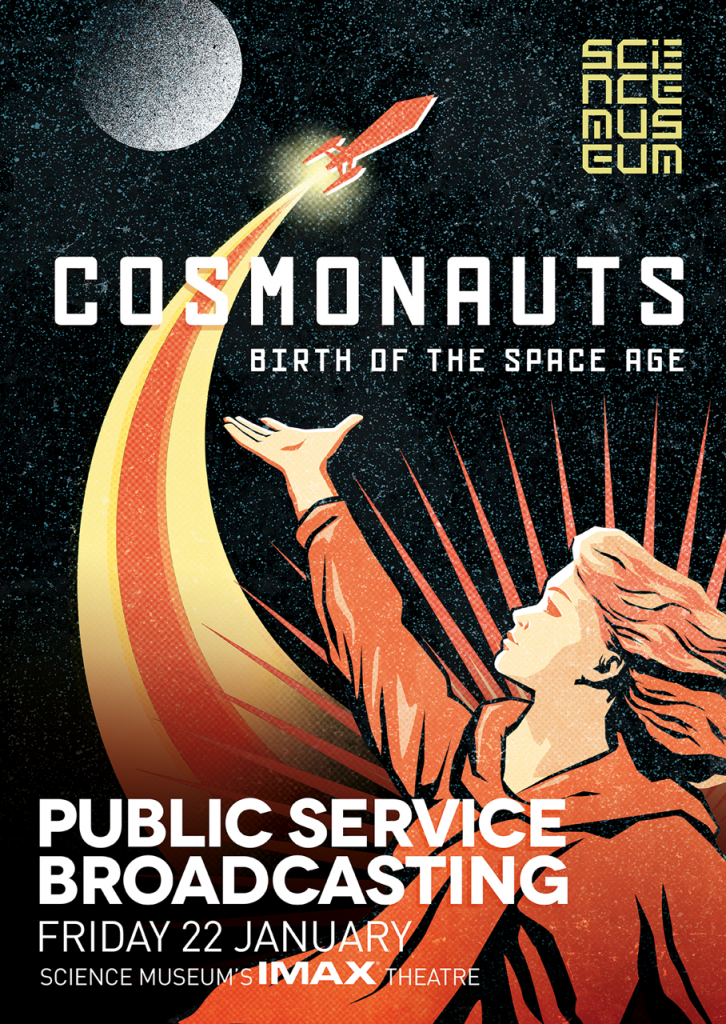 Following their sold out show at Brixton Academy, Public Service Broadcasting will perform tracks from their latest album, The Race for Space, in the unique surroundings of the Science Museum on Friday 22 January 2016. Tickets for this intimate gig go on sale today and will be available from the Science Museum website from 1pm.

In The Race for Space, Public Service Broadcasting tell the story of the American and Soviet race into space between 1957 and 1972, via the duo’s eccentric but spellbinding mix of guitar-driven electronica, propulsive drumming and spoken word samples collected from the period.

The race into space is also the subject of the Science Museum’s current blockbuster exhibition,Cosmonauts: Birth of the Space Age, which explores the remarkable story of scientific and technological ingenuity that kick-started the space age with a record number of firsts for the Soviet Union.

From the work of late 19th century Cosmist thinkers who first proposed that humanity’s destiny lay in space, to the reality of living in space on board Mir and the International Space Station, the Cosmonauts exhibition gives visitors a unique opportunity to get up close to many of the key innovations that made space exploration possible.

Amongst the star objects on display in the exhibition are real cosmonaut-flown spacecraft, including Vostok-6 and the actual capsule that carried Valentina Tereshkova, the first woman to travel into space, safely back to earth in 1963.

Concert ticket holders will have the opportunity to enjoy discounted entry to the Cosmonauts exhibition on the same evening, creating a truly one-off event in celebration of those first space pioneers.

The mastermind behind Public Service Broadcasting, J. Willgoose, Esq. said, “Having visited the Science Museum’s excellent Cosmonauts exhibition earlier this year, we’re really excited to be collaborating for what promises to be a very special evening. It should be a great event in a unique setting – we hope you can join us!”

The Race For Space reached #11 in the UK album charts in its first week, selling over 60k records worldwide since its release at the end of February this year.

Garrett Klahn (Texas Is The Reason) Releasing Solo LP via Rise Records on January 15; New Track “Are We Alright?” Now Streaming, Available For Pre-Order On iTunes/MerchNow