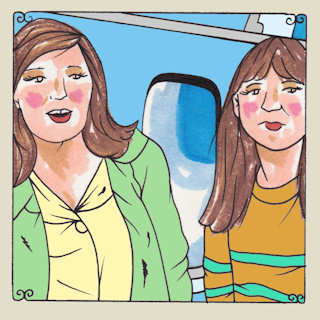 The Melbourne duo have just completed a North American tour that kicked off at Americana’s in Nashville where they were hailed as Most Promising Artists by All Songs Considered.  At CMJ  they were hailed by KCRW as one of the  “11 artists that won the Fest” and The New York Times’, Jon Pareles, included them in his list of “CMJ keepers”. They were also invited to perform NPR Tiny Desk and KEXP Live, as well as this stunning Daytrotter session that went live today, 2nd December.

Oh Pep!’s current single, The Race, taken from the EP, hit #11 on CBC Radio 2 and has been featured on KEXP, KCRW NPR All Songs Considered, The Line of the Best Fit- Song of the Day, The Bluegrass Situation and Exclaim!

Living out now on Bandcamp & iTunes