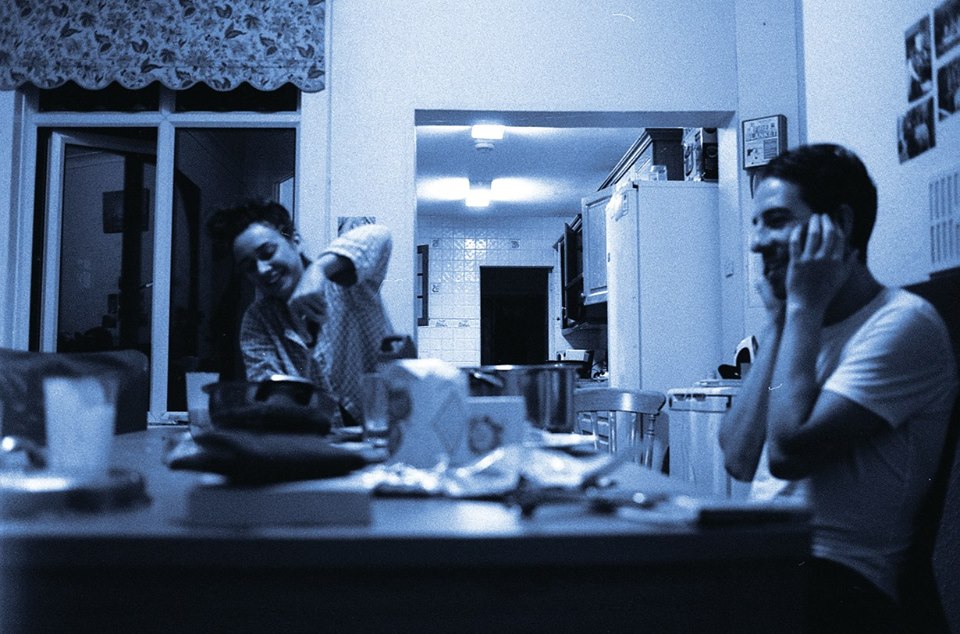 ‘A gorgeous debut’ The Line of Best Fit

Comprised of James Howard and Ursula Russell, formerly of Fiction and Drop Out Venus, Blue House’s forthcoming album was written with little regard for what was going on in the world, musically speaking. “My listening habits became quite strange over the summer, I was just listening to a handful of songs over and over again, probably into the thousands of plays.” Howard explains. “Why, and what effect that had, I’m not sure, but I think it did something.”

The first thing to emerge from the band’s first foray into the studio with Capitol K, who has previously worked with Patrick Wolf and Atlas Sound, was ‘Hot Air Balloons’. The single demonstrated just one facet of the band’s far-reaching sound, showcasing their ability to craft a deft, hazy indiepop gem; an unexpected mix of expansive M83 nostalgia and the winsome sound of Sarah Records acts like The Field Mice, the track is carried along by an almost Krautrock beat, which keeps Howard’s gentle vocals airborne. Here, hushed acoustic b-side ‘Confessional’ recalls Elliott Smith at his most insular, before gradually becoming more ornate, decorated by Ursula’s voice and a slowly-rising synth line.

If neither track could be called typical of the Blue House sound, that’s only because they leave no stone unturned in their quest for pop perfection. ‘Hot Air Balloons’ is simply the first piece in the puzzle for one of the most intriguing new bands of the year.