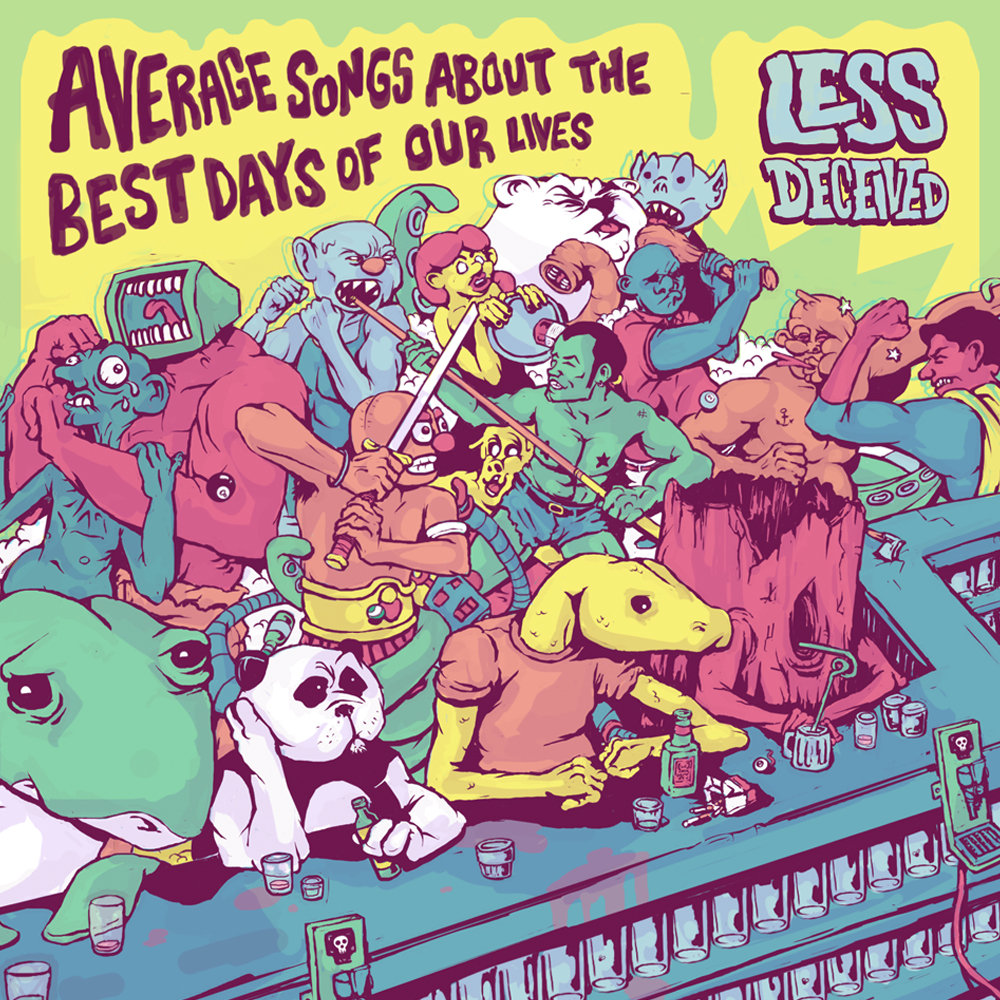 Less Deceived are pleased to reveal the official music video for ‘I Used To Own A Crass T-Shirt’ the lead single from their recently released EP ‘Average Songs About The Best Days Of Our Lives’.

Filmed in the mean streets of Kingston Upon Hull, where the band live and work, the recently released video is a tongue in cheek look at the average lives of British 20-something’s in the UK’s ‘City of Culture’ 2017. Singer Adam (Spud), wakes up late in the afternoon surrounded by last night’s drunken debris and tries his best to fight off a literal ‘hangover demon’ so he can join the rest of the band for jagerbombs and cheap larger in the local pub. Check it out here.

‘Average Songs About The Best Days Of Our Lives’ was released on 6th October throughDisillusioned Records and is available in both CD format and also digitally through the band’sBandcamp page.

If you grew up in a city that once had the highest teen pregnancy rates in Europe, was voted the ‘worst place to live in the UK’ and topping the best-seller “Britain’s Crappest Towns” then chances are you might be playing in a band like Less Deceived.

Four scrappy kids who knocked around in hardcore bands until they realised punk rock was a lot more fun to play, Less Deceived are the kind of band you join to have a good time.

Despite the stigma attached to their hometown, Hull has a history of resilience. From being nearly blown away by the Luftwaffe to dealing with the effects of 30+ years of industrial decline, the city is on the up and is soon to become to 2017 UK City of Culture.

It has one of the proudest musical heritages in the UK, with bands like The Housemartins and venues like the Adelphi Club recognised internationally, yet seeking out praise isn’t something Less Deceived are all that concerned about:

“We have a modest ambition to become rich and famous. In all seriousness, we just want to play out of town more” explains drummer Dom Chapman.

Despite being together for a short amount of time the band have already shared bills with the likes of Funeral for a Friend, Chumped, Apologies I Have None, Arliss Nancy, Brawlers and The Xcerts, something which they are keen to continue and is reflected throughout the lyrics of their songs:

“The single [My Main Weakness Is How Weak I Am] is about long drives home from gigs, drunk with some of my favourite people in the world. It’s about the things you realise when you’re staring out of a car window at 1am, trying not to fall asleep because you’re in the passenger seat and you need to keep the driver awake. It’s about learning to tell the truth, even when it’s incredibly difficult to do that” explains bassist, Harry Slater.

The process of putting together ‘Average Songs About The Best Times Of Our Lives’ was a local affair with Hull based artists involved in every aspect, from the production at Fruit Trade Music studios to the photo snapping and design talents of local artists.