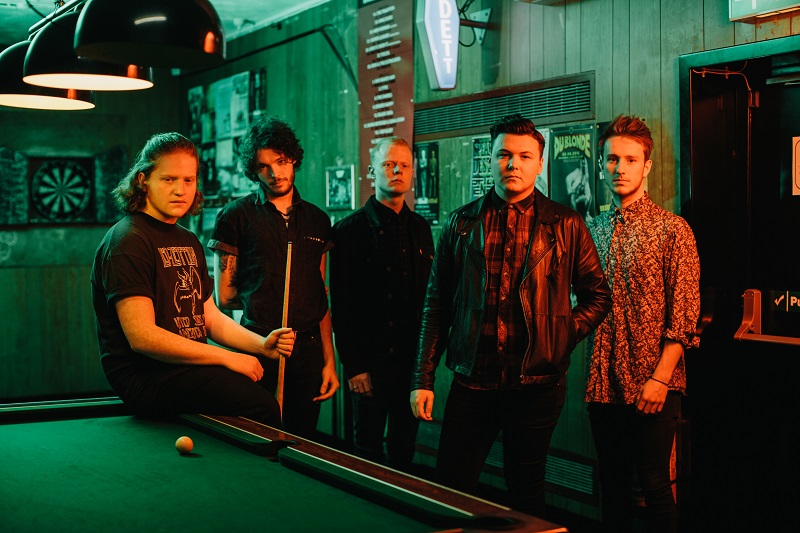 “A superb debut…one fizzy, blood-y brilliant introduction” – Kerrang! [KKKK]
“An unrelenting piece of punk-edged indie” – CLASH Magazine
“We love this band!” – BBC Radio 1 Introducing
“Ripe for the picking. We can confidently say that we could be looking at the next big British rock band right here” – MOSH

The single is out now on DMF Digital alongside 300 limited edition copies of their ‘Feast’ EP on vinyl. The single is available to purchase now on iTunes and comes with B-side ‘Up and Drown’.

“‘I’m No Good’ can be placed somewhere in between the heavier side of The Hives and Eagles Of Death Metal, with the vocal hooks still prominent and lingering, as is the case with other songs we have written as a band. The song itself is about how confidently some people are able to deal with insecurity and hiding their true emotions,” says front man Benji Inkley.

If your music, performance and ambitions are drawing comparisons to the leather-clad, cast-iron spirit of Pulled Apart By Horses and Queens of the Stone Age, and then punk legends The Dead Kennedys beckon you to support them on tour, you surely must be doing something right.

Explosive and guttural, Fizzy Blood are aptly named and causing a stir. The Leeds band consists of Benji Inkley (lead vocals/rhythm guitar), Paul Howells (lead guitar/backing vocals), Tim Malkin (rhythm guitar/backing vocals), Ciaran Scanlon (bass guitar), and Jake Greenway (drums). The five-piece garnered all the right attention earlier this year, with their EP ‘Feast’ acclaimed for its relentless, restless and robust vigor, and now, their third single is set to explode onto the scene in the same way.

Fizzy Blood have just followed up a headline UK tour, which concluded with a trip to Korea after being invited to play at Zandari Festa.

A beastly hybrid of old school hard rock and the fluidity of modern rock sprinkled with something as rare as diamond: originality, Fizzy Blood’s delectable banquet of guitar rich, energy filled music may or may not bring some life changing side effects. Those side effects may include head banging to the point of whiplash, a struggle to find anything this good again, and the introduction of a slight fizz in your blood.

Further live dates TBA along with information on further physical releases for 2016.