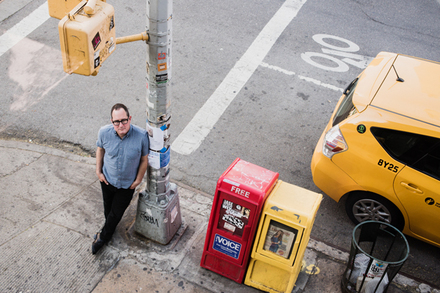 NEW SOLO ALBUM ‘FAITH IN THE FUTURE’ OUT NOW

“The best of Finn, characteristically wordy and observant” 7/10 Uncut

“Storytelling at its most personal. Affecting and poignant” NME

“One of the true gentlemen of American music” Clash

Josh Kaufman produced the record ‘Faith in the Future’ in the cosy, rustic confines of Woodstock’s The Isokon recording studio and helped Finn stretch the boundaries of his songwriting with confidence, invention and ambition to realise what will be a defining moment in his career.

At times stark and spare, at other times vibrant and dynamic, ‘Faith in the Future’ is Finn’s most compelling collection thus far, each song a powerfully alluring and subtly nuanced composition wedded to his distinctive short story narratives. Much of the material on ‘Faith in the Future’ was written after the passing of Finn’s mother, and while none of the songs directly address that loss, the themes of perseverance and finding redemption can be found throughout the album.

“I had both the music and lyrics to these songs, though they changed a great deal in the studio,” Finn explains. “There’s a grandness to The Hold Steady that tends to make me write about bigger, more dramatic themes. Some of these songs are more mundane, with minor slices of life that wouldn’t best be supported by the hugeness of a rock group. It wasn’t always about what we wanted to put in, but what should we leave out? We didn’t want to sermonise or moralise. Just let these songs, and characters, be.”

Eugene Quell Streaming “I Will Work The Land” EP