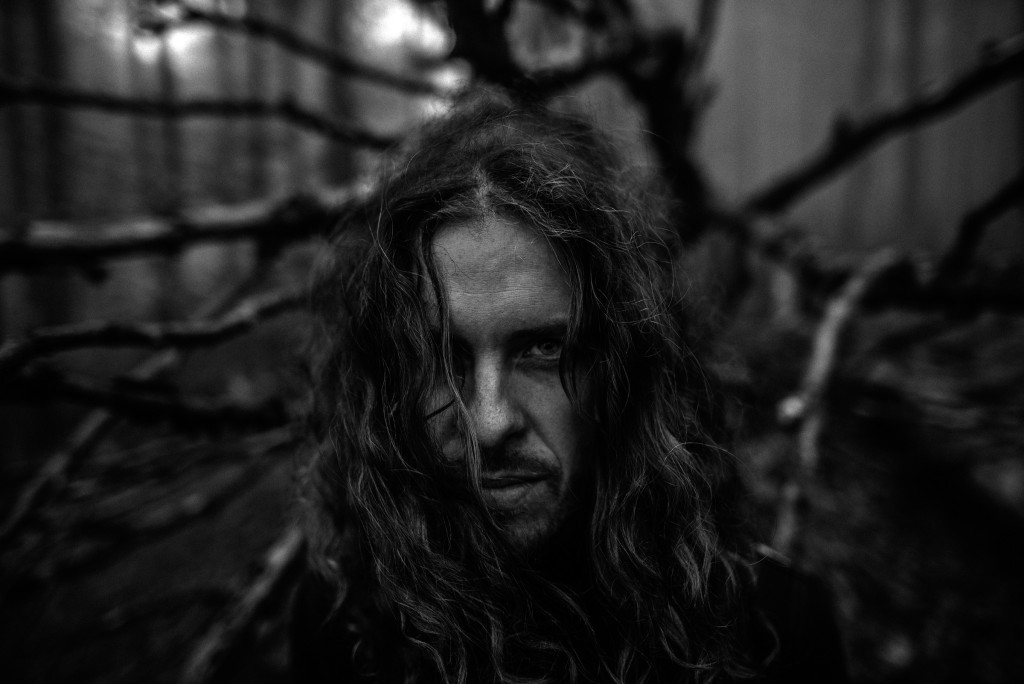 Singer/songwriter Conny Ochs has completed his third full-length album, Future Fables, now confirmed for release this February via Exile On Mainstream records, the label this week unveiling a brief glimpse into the album through an exclusive trailer.

Earlier in 2015, having released Freedom Conspiracy (Exile On Mainstream) with Scott ‘Wino’ Weinrich (St. Vitus, The Obsessed, Shrinebuilder) and having completed some touring across Europe, Conny Ochs returned to the studio at the end of the Summer, once again with producer/engineer/studio owner Thommy Krawallo, with whom his previous album, Black Happy and both collaborative albums with Wino were created in full analog fashion. The Kabumm Studio had just relocated from its historic location in a former East German and Soviet government radio complex in Berlin, to the wilderness of a rural Brandenburg village. Ochs went in with a bag full of sketches and licks, inhaling the raw atmosphere of the surroundings, a yet unfinished house full of instruments and equipment in the middle of nowhere, also trying to find its place. This unstable environment birthed a new start for him, letting in much more than a breeze of fresh air by widening his instrumental repertoire to drums, electric guitars, piano, bass and organ. The lyrics and stories circulate more than ever around people encountered and journeys undertaken over the past years – the album title referring to our tendency to give an unwritten future some kind of tangibility through dreams and visions.

“We find and leave traces for the future. The lives that cross our paths and the lives we lead just as much as the dreams and visions we share – growing to be from what this future will be inspired and made of. This is the journey these songs are about.”

Future Fables will see release through Exile On Mainstream on February 26th, 2016. Stand by for additional audio samples, preorder links and more album specifics in the weeks ahead.

Conny Ochs and labelmate Friedemann will celebrate a series of record release shows together surrounding the release of both of their new LPs, with shows across Germany in Leipzig, Quedlinburg, Herzberg and Dresden February 18th through 21st. Stand by for additional live performances to be announced shortly.

Conny Ochs struck out on his own as a solo musician at the turn of the millennium, after having spent many years fronting heavier bands (such as Zombie Joe, Baby Universal) in his native Germany. Ochs’ solitary venture saw him make a marked departure from the direct sounds of modern rock, letting the influences of revered folk singer/songwriters like Woodie Guthrie, Townes van Zandt, Nick Drake and others inform his firm new direction across the course of multiple solo LPs and collaborations. Alongside his savvy combinations of acoustic and electric guitars, Conny owns an incredibly natural voice; soulful and dynamic, with a clean style that can bring about absolute joy, or of purely melancholic end-time inner blues. His songs focus on the interplay between storytelling and visions – this he carves into the rough edges of his organic and sparkling music. Keeping his approach pure and from the heart, Conny Ochs reaches a stark authenticity that draws you in and makes you a part of the music, his travels and struggles, and his search for freedom in life and song.

Conny Ochs’ 2010-released Raw Love Songs and 2013-released Black Happy solo outings, as well as his 2012 Heavy Kingdom and 2014 Freedom Conspiracy collaborative LPs with Wino are available on CD and LP through Exile On Mainstream Records.