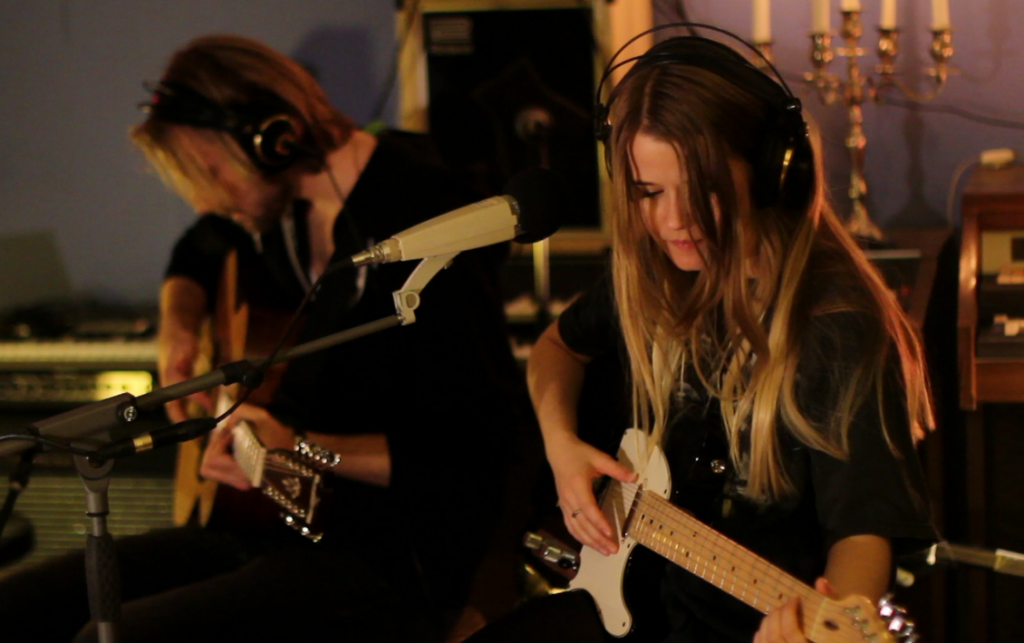 “Anna von Hausswolff is a genuine one off… The boldness of her vision is compelling.” – **** The Observer
“From ethereal balladry to explosive free form space rock… Cyclopean in scale and ambition.” – The Wire
“Brooding, epic and utterly captivating: the Dark side has never sounded so appealing.” – 9/10, Loud & Quiet
“Vast and apocalyptic.” – 8/10, Uncut
“An undeniable power… Part siren, part lightning rod for the disenfranchised, she sings with unfettered abandon.” – 4/5 Mojo
“A huge, brooding record that fuses ethereal fantasy with the portentous drama of rumbling organ drone” – The Quietus
“Our shaky grasp on reality is tested by the sonic assault created by her dramatic pip organ, wailing vocals and post-rock dynamics” – Sunday Times Culture
“Ceremony may have easily conquered the sophomore slump, but The Miraculous is the moment where von Hausswolff truly arrives as an artist.” – 8.5/10, The 405
“There is clearly little interest in skirting with the borders. Go hard or go home. And my, has she gone hard this time…. A complete revelation.” – 8/10, Drowned In Sound
“Stunning, immensely immense, harrowing at times and yes, quite awe-inspiring” – Dangerous Minds

Having released her apocalyptic new album ‘The Miraculous’ last month to wide critical acclaim, Anna von Hausswolff finishes 2015 with a European tour, including dates at London’s Oslo on Dec 8th and Leicester’s The Cookie on Dec 9th.

Today she also shares a live video of the album’s closing track, ‘Stranger’. A stripped back version of one of the album’s lighter & more reflective moments, this simply shot video was recorded at Studio Underlandet in Anna’s hometown of Gothenburg, Sweden. It sees Anna swap the volume of the pipe organ for a guitar, and in doing so emphasises that she doesn’t need anywhere near 9000 pipes to give a hugely powerful performance. She is accompanied by Karl Vento who plays guitar in Anna von Hausswolff’s live band and on The Miraculous.

This magnificent instrument’s unusual features – built-in glockenspiel, vibraphone, celeste and percussion, as well as what von Hausswolff describes as “a screaming bird sound” produced by “pipes half covered in water” also further broadened the record’s aesthetic. In total, five days were spent recording the majority of the album’s substance live with it and her band, Ulrik Ording (drums), Joel Fabiansson (guitar), Karl Vento (guitar) and Filip Leyman (synthesiser, also the record’s producer). Afterwards, they decamped to Gothenburg for a further month’s work, before mixing it Filip’s studio.

The Miraculous is out now on City Slang in Europe except Scandinavia, where it is released through Anna’s own label, Pomperipossa Records. Other Music released it in North America.