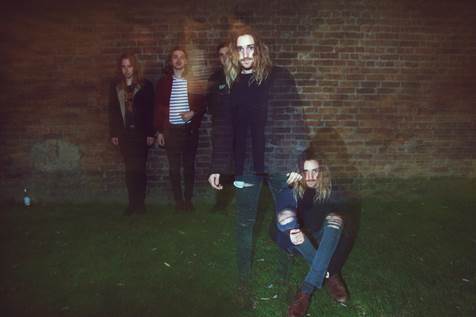 Watch ‘Said Too Much’ HERE

Out on November 27th via RYP Recordings

“By integrating kaleidoscopic visuals, Venice Trip waste no time in sending us into a dreamy haze of hallucinogenic colours and shapes.” –The Line of Best Fit

Following the commercial and critical success of their debut EP ‘Look Forward’, Venice Trip have returned with their new single, ‘Said Too Much’. Not only have the band had recent praise from the likes of NME, The Line of Best Fit and Classic Rock, they were also selected byGary Crowley to play at OnBlackheath Festival after a storming live performance at BBC Introducing.

‘Said Too Much’ merges classic rhythm & blues with the swirly, 60s psychedelia that makes up Venice Trip’s sound. With fresh, infectious songwriting that’s as unforgettable as it is unexpected, the track takes you from loose, transcendental breaks to the beat driven pop of Camden nights gone by.

The single will be released on November 27th via RYP Recordings with a special launch show the night before at Paradise in Kilburn, London.