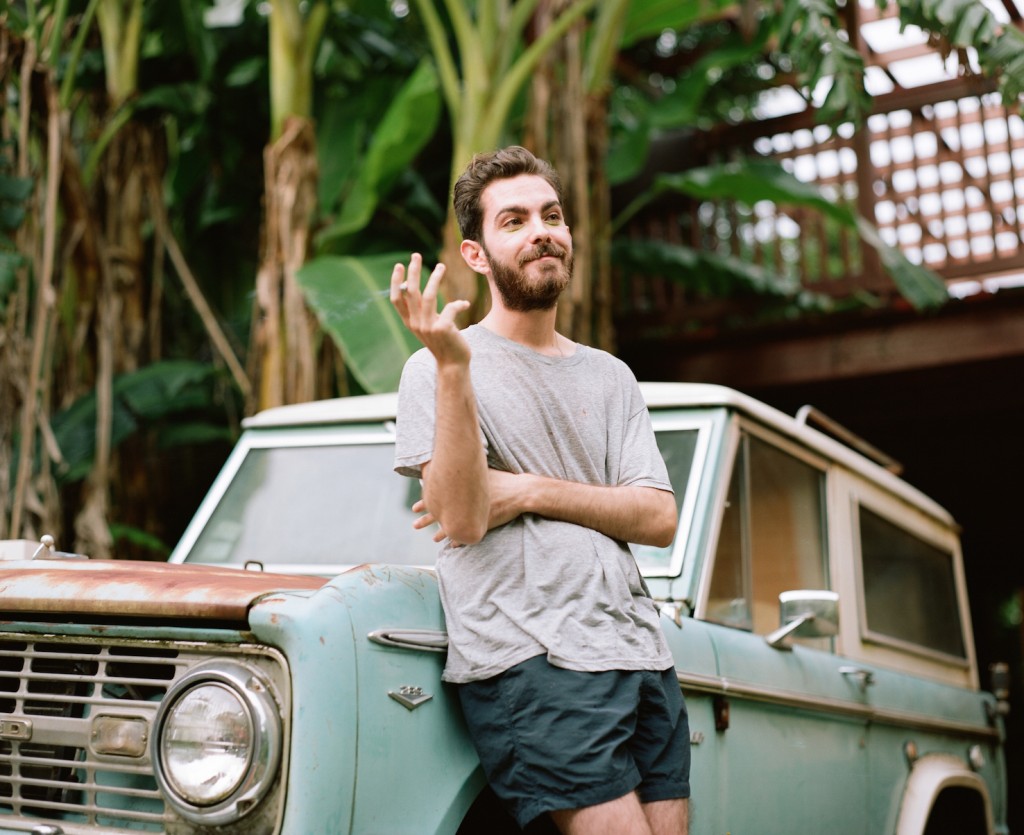 Self Titled Debut EP “Val Hollie” Due Out November 13th

Val Hollie aka Peter Campanelli is carrying the torch for New Orleans’ experimental psych pop sound, blending post-punk, warm fuzzy noise pop, 60’s garage rock, and surf pop and turning it into something breezy and immediately infectious. The new project, a solo “band” led by Campanelli, is set to release his self titled debut EP, Val Hollie, on November 13th via the band’s website (digital) and Hellhole Supermarket (cassettes).

IMPOSE premiered the EP’s latest single, “Stepping Outside,” describing Val Hollie’s debut as, “a mesh of 60s pop kernels that pop in time to peppy guitars, Peter’s upbeat delivery, and unexpected outbursts of old school synth-squeals.” They further elaborated on “Stepping Outside” calling it, “a smart track that steps out of time, and out of the contemporary mind for a bouquet of catchy chords and synth keys soaked in the hue of happiness. Songs of insecurities, questions of feelings, and discourse are described in Peter’s lyrics while the arrangement keeps the mood high with every rhythm and note bouncing and bubbling like a shaken-up liter of ultra-carbonated soda.”

Speaking to Impose (read the full interview), Campanelli shared his thoughts on the single:

“I had Dirty Mind on repeat around that time, and was also way into Postcard Records and that Glasgow post-punk scene. I think artists in that era and of that mindset—specifically Prince and Orange Juice—and Paul Quinn’s solo stuff—are so good at not taking themselves too seriously; they’re creating truly great pop music that is very tongue in cheek, these finger-waggy, upbeat songs that are thematically very cynical, morose, and kind of defeatist about life and human relationships. That ‘everything’s fucked up, isn’t it funny?’ kind of feelings is something very familiar to me, and that’s the feeling I was trying to convey with “Stepping Out”. I’m making fun of myself for being depressed.”

Engineered by Ross Farbe (Native America, Caddywhompus, Woozy) in the Pigeon Town neighborhood of New Orleans, the EP wanders through galaxies of swirling psych with focused dynamics that explode like fireworks. Throughout the six song set, Campanelli drifts between breezy hypnotic balladry, hazy surf rock, jangly garage pop, and the occasional bursts of noise pop that blend together seamlessly with a shimmering and relaxed aura.

“The song [“Siberian Summer”] delights in its own dazed revelry as it harkens back to post-punk sounds of the 1980s. Campanelli’s pleasingly groggy vocals loll though the mix before surrendering entirely to the noisy soundscape: easy-going guitar fuzz sprawled over a bed of roaring distortion.” – The Line of Best Fit

More about Val Hollie:
Val Hollie is the alter ego of New Orleans psych-popper Peter Campanelli. His debut release Val Hollie EP is the result of an ongoing recording project engineered by Ross Farbe (Video Age). After moving into a large gutted house in the Pigeon Town neighborhood of New Orleans, Farbe and Campanelli set about constructing a studio and commenced test recording sessions using Val Hollie songs as the subject. During these sessions the pair explored the limits of their home studio, coming away with six warbley songs that combine psychedelic rock and roll with lo-fi tones and post-punk aesthetics. Following the completion of Val Hollie EP, Campanelli set about forming a live band to bring the recordings to life; now a five-piece, Val Hollie is currently writing for their debut full length record.

New Explosions in the Sky