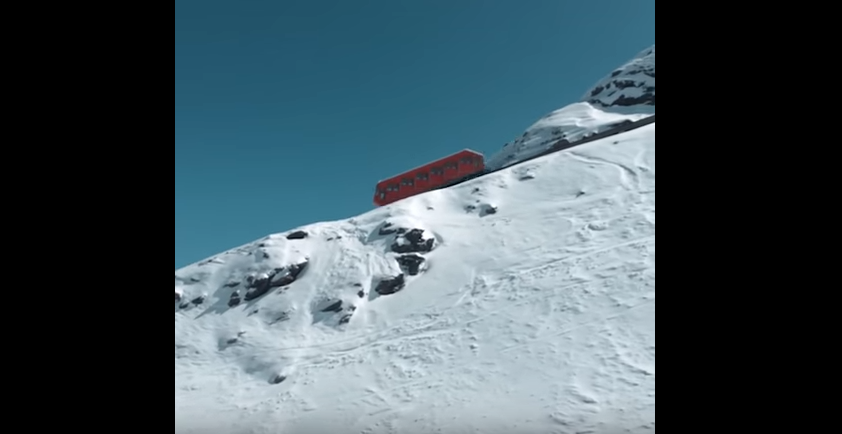 Taken from the ‘Unalaska’ EP
out now on Light Organ Records

“a song with many beginnings and ends, driven by a poppy guitar riff and spacey loops” – STEREOGUM

the time-lapse aesthetic underlines the intensity and interconnectedness of global movement. – WONDERLAND MAGAZINE

A few years ago, musicians Edo Van Breemen and Zachary Gray got a gig playing members of a fictional band on tour in the cult vampire thriller hit ‘Afflicted’. The film was constructed as a travelogue, and Van Breemen and Gray were set to play minor roles: a band that the two main characters met up with on a visit to Paris – and that was supposed to be that.

Given the constraints of the film’s DIY budget, there wasn’t enough money to rent a sound stage and hire actors for the concert scenes, so the producers worked some black magic and booked the Van Breemen and Gray to play some legit gigs as the band on their made-up European tour, shooting the scenes guerrilla-style with real crowds, and with the music improvised on the spot.

While playing one of these cinema-verité shows in a Parisian nightclub, Van Breemen and Gray realized that they might be on to something. When they returned to their respective home bases in Brooklyn and Vancouver, they began to piece together their self-titled debut EP, a cross-continental correspondence that mixes the duo’s seemingly disparate styles into a spooky, loopy, chorused-out post-cinematic groove.

Combining Van Breemen’s background as a film score composer with Gray’s pop guitar riffs, the result stays true to its unreal origins, making Unalaska the type of band you might discover after stumbling into some mythic after hours, somewhere in between here and nowhere.