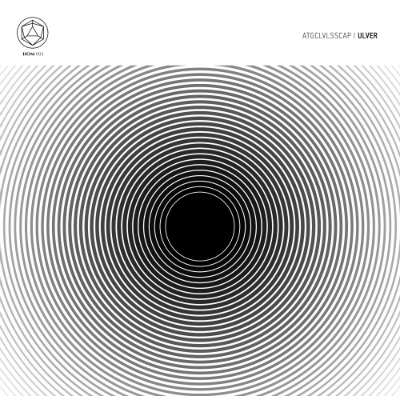 ULVER REVEAL NEW MUSIC, ARTWORK AND PROMO VIDEOS;
ATGCLVLSSCAP UPCOMING 22ND JANUARY 2016
Following the recent announcement, House of Mythology proudly releases the new Ulver album in January,ATGCLVLSSCAP, and today we can reveal further details, including a snippet of the new song ‘Cromagnosis’ and ‘Moody Stix’, promo videos and the album artwork.
With over 80 minutes worth of material ATGCLVLSSCAP consists of multitracked and studio-enhanced live, mostly improvisational, rock and electronic soundscapes, 2/3 of which has never been heard before. You can get a taster of this by listening to excerpts of new tracks ‘Cromagnosis’ and ‘Moody Stix’, with links provided below.
LISTEN TO AN EXCERPT OF NEW ULVER TRACK ‘CROMAGNOSIS’
…AND LISTEN TO A SNIPPET OF NEW TRACK ‘MOODY STIX’
There are also three new promo videos available to watch – ULVER “ATGCLVLSSCAP” PROMO #1 + ULVER “ATGCLVLSSCAP” PROMO #2 + ULVER “ATGCLVLSSCAP” PROMO #3  – meaning you can immerse yourself into the world of Ulver even further.
The basis for ATGCLVLSSCAP – which the band has been working with under the moniker ‘12’ – arrives from recordings made at twelve different live shows that Ulver performed in February 2014, in which band the band vaulted into the deep end of an improvisatory approach to their performance. As Kristoffer Rygg, the prime mover of the band since its inception, puts it wryly, “The tour was to be an experiment, kind of loose and scary for a band as ‘set in their ways’ as us.”
Once the tour was over, it was down to his bandmate Daniel O’Sullivan to take charge of these multitrack recordings, sculpting and editing hours of material in his North London enclave, formerly owned by charismatic artist and Coil associate, the sadly departed Ian Johnstone – as O’Sullivan noted, “The hungry ghosts of the now empty house appear to be burrowing into this record.” Anders Møller, Kristoffer Rygg and Tore Ylwizaker got involved a bit later, honing things from their end in Subsonic Society and Oak Hill Studios, Oslo, before the vinyl cutting process took place at THD Vinyl Mastering, also in Oslo, in which the band was fully involved in the crucial initial cut of the 14” lacquer. What resulted is the widescreen sweep and atmospheric splendour of ATGCLVLSSCAP, ultimately a piece of work that exists above and beyond any conventional live recording, rather a hallucinatory travelogue as potent an experience to bear witness to as it was to construct.
By shaking up their creative process, the band have summoned up a unique testimony to the creative power of a mighty force who remain blissfully free of genre or convention, ATGCLVLSSCAP is progressive in the truest sense of the word, a record that may be this capricious band’s pièce-de-resistance.
Ulver’s new album ATGCLVLSSCAP is due for release on January 22nd 2016. Pre orders now live.
Website
Facebook
Twitter
Bandcamp
(words by Jimmy Martin)