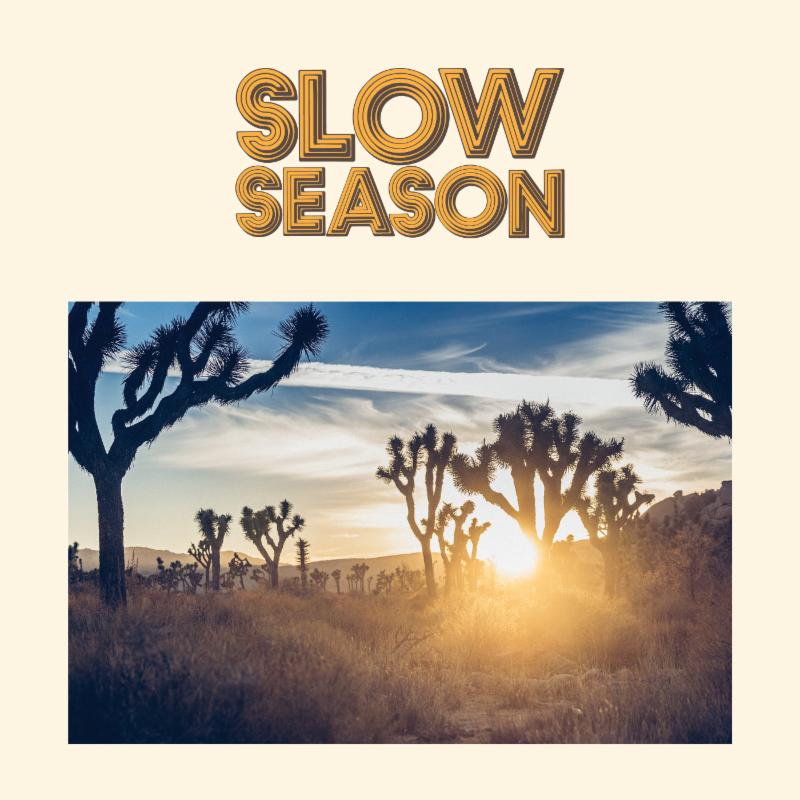 Central California quartet Slow Season premiere a new track today via Noisey from the forthcoming revamped version of their 2012 self-titled debut album to be released on RidingEasy Records. Hear  “DayGlo Sunrise” streaming below.

The band’s unpretentious throwback full length has been remixed and remastered with new artwork for proper release on the same label that issued their popular 2014 sophomore albumMountains. The completely renewed Slow Season will be released on LP, CD and download on December 4th, 2015. Pre-orders are available HERE.
Consequence of Sound recently premiered the first track “Heavy”, available to hear and shareHERE.
The band’s sound effortlessly nods to greats of the 60s-70s like Led Zeppelin, The Who, Black Sabbath, et al, without sounding like a caricature. Rather, as one can immediately hear, this is hypnotic, heavy, and howling rock ‘n’ roll that defies both musical and temporal categorization.

The Visalia, CA band — Daniel Rice (vocals, guitar), David Kent (guitar), Hayden Doyel (bass), and Cody Tarbell (drums) — scale new heights, while recognising where it all began. Having recorded both of their albums live on reel-to-reel at Tarbell’s home studio, the band eschews the digital trappings of music today to give their analog sound its crackling, kinetic energy.”Working with the limitations of tape really pushed us to play our best,” Rice says. “You have to prioritize your ideas. You can’t layer too much on there. You also have to nail the takes. You don’t get to go back and cut ‘n’ paste. You have to feel it when you’re playing it. When everything comes together, it really shines because we’re all playing together on tape.”