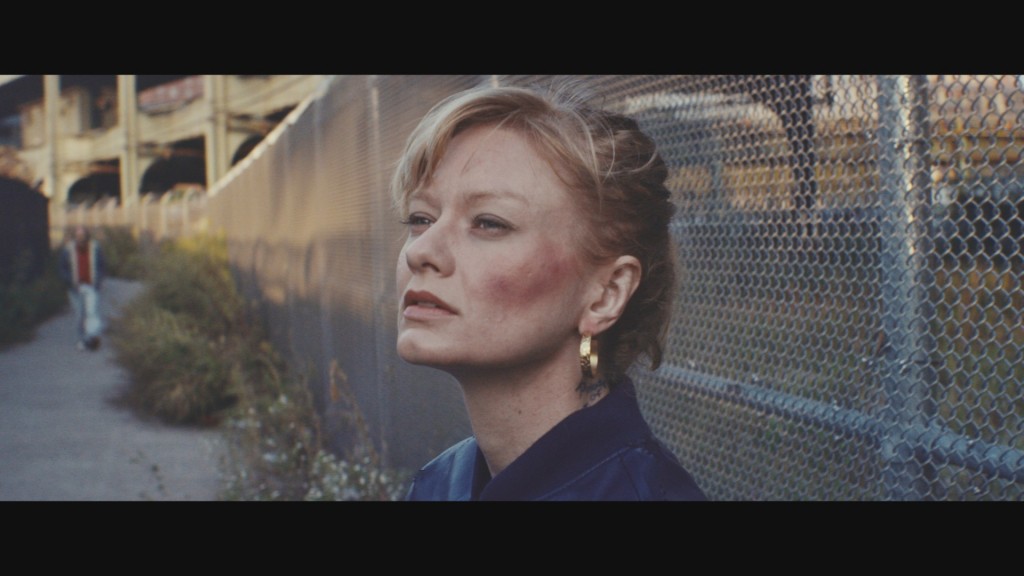 Scott McFarnon, the Grammy and Globe nominated singer-songwriter, who has composed hits for a range of artists including Beyoncé and Mark Ronson, has gone out on his own with title track from his debut EP, ‘Crazy Heart’. Produced by Grammy nominee Rob Kirwan (Hozier, PJ Harvey), ‘Crazy Heart’ is accompanied by an eye-opening and thought provoking short film, that dramatises the harrowing true story of human trafficking survivor, Jennifer Kempton.

Directed by German-American filmmaker Floyd Russ – the man behind the chilling ‘Stand Up To Stand Your Ground’ gun-control campaign in the US – the video shows Jennifer’s journey from victim to empowered survivor. The video, which accompanies the lead single from the EP, shows how Jennifer was trafficked in Ohio and sold for drugs and sex by the man she thought was the love of her life, before being branded with tattoos from her supposed ‘owners’.

As the video draws to a close we are shown how Jennifer took her life back after six years of human trafficking, erasing a man’s name from her neck with a beautiful tattoo cover-up. Jennifer was inspired and driven to found the charity Survivor’s Ink which supports human trafficking survivors and offers a donation funded scheme to cover-up tattoos and replace slavery brands. McFarnon expands upon what brought his music and Jennifer’s story together:

“When discussing the creative for the video, we were exploring tattoos and the current trends around them. We came across the fact that tattoos can be devastating for people and are frequently used to brand victims of human trafficking and we decided that it was important to bring attention to the amazing work Jennifer is doing in Ohio. This is a very tough subject, but if we can educate people through music then I hope we can make a small difference. I wanted to help Jennifer raise awareness for what she is doing – Survivor’s Ink is a grass-roots charity that is in great need of support.”

Russ saw a connection between McFarnon’s song and Jennifer’s story, and goes on to explain how the two became linked in the ‘Crazy Heart’ video: ““To me, ‘Crazy Heart’ is a song about an insatiable drive for life, the absolute need to truly feel alive, and the right to act on your emotions. Jennifer’s story is the ultimate construct of just that, a woman that finds a way to hang on for survival and fight for her right to live her own life, to feel her own emotions. We talked to Jack Howard (executive producer) about the idea on a Thursday and one week later we were shooting – everything happened so fast.”

The crew worked closely with Jennifer throughout the process, wanting to do everything in their power to document her story and support others who have suffered the same pain from human trafficking. Jennifer divulges her involvement and feeling toward the ‘Crazy Heart’ video:

“It was amazing working with Floyd! My story and input were well received and beautifully compiled into this touching video! This is such a great tool for the fight against trafficking, bringing awareness to this horrific crime. These brandings, psychological chains of enslavement, were placed on me and so many others and I am honoured that our work to free them is being shared through an awesome music video!”

Scott’s story is one of spectacular highs, of crazy years spent dividing his time between New York, L.A. and his home in London, of performing for the likes of Jay-Z and John Legend and of self-consciously walking paparazzi-lined red carpets. But it’s also one of frustration, false starts and near misses. The emotions he felt hearing songs he’d written about meeting his wife (Beyonce’s ‘Once In A Lifetime’) or hearing Daniel Merriweather’s version of Scott’s track ‘Red’ blaring out of shops or being sung back at concerts were bittersweet.

The ‘Crazy Heart’ EP, however, is the start of a new chapter for Scott McFarnon. Written in L.A. during a moment of bittersweet reflection, the title track, already featured on an advert for Microsoft and championed by Radio 2’s Dermot O’Leary, is a glorious, guts-spilling, ode to never giving up. The EP features four songs all written in the last 18 months and was produced by Rob Kirwan, who injects some of that now famous blend of spine-tingling soul, gritty guitars and lush, cinematic strings that made ‘Take Me To Church’ such a monumental hit. But there are vaults full of his songs, some of which have been tied up in publishing deals and for which he’s had to fight to get back. Finally, Scott has come full circle, stepping into the limelight, armed with his own songs and that incredible voice, as he always intended.

Heart/Dancer “My Heart Is A Dancer” LP Out Now