“Brilliantly executed” The Guardian
“A perfectly realised work of art” The Sun 4/5
“This is the pinnacle of what PSB are trying to achieve, by breathing new life into dusty old relics, and it makes for truly magical, exhilarating listening” The 405
“A magnificent record” GQ
“A rocket-fuelled silver screen roller coaster… PSB are pushing the boundaries of what rock music can be” DIY
“Vividly conveys the triumph, the glamour and the tragedy of the space race” Album Of The Week Time Out
“Vibrates with poignancy and grandeur” Q
“Out of this world” The Observer 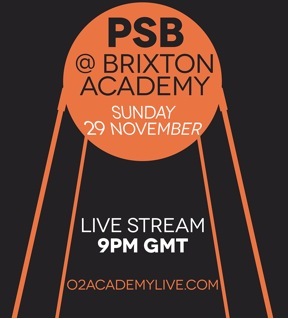 2015 has been a stellar year for Public Service Broadcasting. Second album The Race For Space peaked at No.11 (No.1 in The Independent & Record Store Chart) and has now sold over 60,000 copies worldwide, they played a packed festival schedule including headlining The Glade stage at Glastonbury and now, they play their biggest headline show to date at O2 Brixton Academy on Sunday 29th November

The band will be pulling out all the stops for this momentous occasion and to make sure you don’t miss out, the show will be live streamed via O2 at 9pm on 29th Nov. Visithttp://o2academylive.com/.

Ahead of the release of their ‘Sputnik/Korolev’ EP on 20th November, the band have also shared the next remix from their EP – Petar Dundov’s remix of ‘Sputnik’ who has given the track a relentless beat with tightly executed electronic twists.

While ‘Sputnik’ gathers tension as it carefully builds to its euphoric finish of wonder, new cut ‘Korolev’ carries a familiar progressive energy with a powerful riff at its core, and quick flashes of a grand brass section.

Pre-order the EP (featuring other remixes from Blond:ish, Eagles & Butterflies & Plugger) on 12” vinyl, CD & digital via the band’s website here.

Along with the Brixton date, the band play Cardiff and Southampton this side of the year. Further UK shows have been rescheduled for February. Tickets available here.