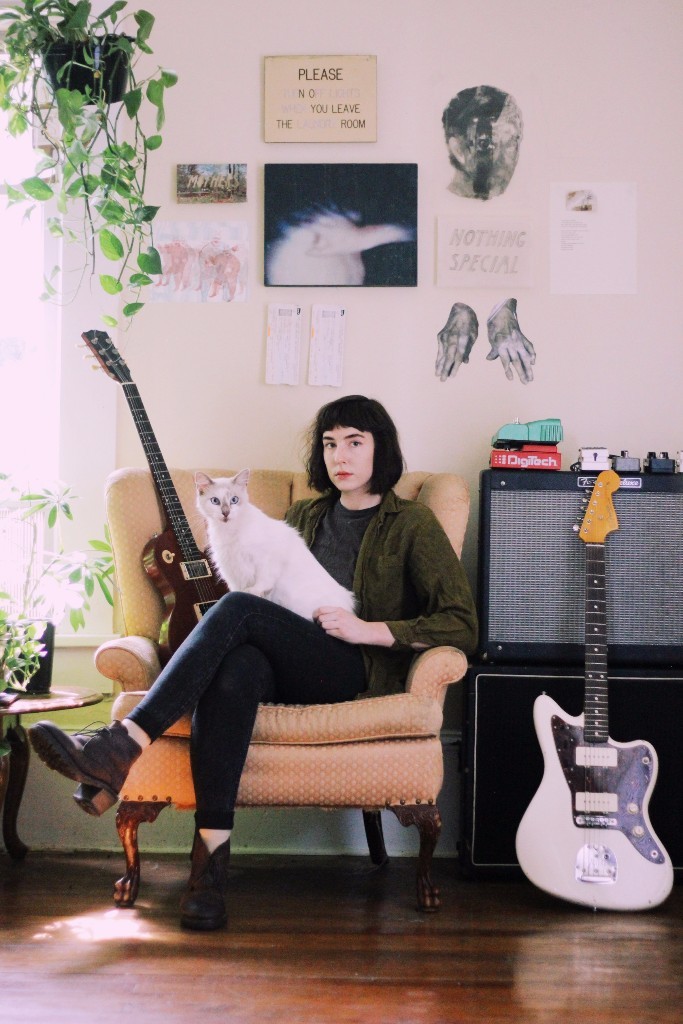 Listen to ‘Too Small For Eyes‘

Following a 10-shows-over-five-days jaunt at this year’s CMJ Music Marathon, Stereogum’s ’50 Best New Bands of 2015’ designation, and early praise from NME, Radio 1, and many more, Mothers has signed to Wichita Recordings (world ex-US) & Grand Jury (US).

The Athens, GA-based quartet will release their debut album ‘When You Walk A Long Distance You Are Tired’ on February 26th, 2016. Comprised of Kristine Leschper (vocals/guitar), Matthew Anderegg (drums), Drew Kirby (guitar), and Patrick Morales (bass).

Produced by Drew Vandenberg – who has worked on albums by Of Montreal, Deerhunter and Porcelain Raft – at Chase Park Transduction in Athens, Georgia in December 2014, ‘When You Walk A Long Distance You Are Tired’ features collaborations with Josh McKay of Deerhunter on vibraphone as well as McKendrick Bearden of Grand Vapids, who played bass and provided string arrangements throughout. Comprised of eight songs – the majority of which were written while Leschper was finishing art school in early 2014 – Mothers’ debut LP is an introduction to the foundations of the young band, a snapshot of a particular period of their genesis that maps both where they began and where they are heading.

The album’s bookends perhaps most explicitly display this musical chronology. The gorgeous “Too Small For Eyes” was the only one of a few solo songs Leschper had written on the mandolin that made it onto the album, its use of space, piano, strings, and her voice entwining and undulating to elegantly set the stage for what unfolds afterward; closer “Hold Your Own Hand” blooms from its plaintive opening bars to an ascendant, spirally waltz to an uproarious math-y breakdown, hinting at the louder, more post-rock and math rock-influenced sound for which their live show is fast becoming known for.

Across the album, Leschper meditates on the human condition: what anyone’s place is in the universe; what is our value; mortality; and what it means to have relationships in consideration of all these things. And while the songs are filtered through her frequently difficult, personal microcosmic experiences, she relates them in a manner that is at once highly intimate and readily universal. At heart, ‘When You Walk A Long Distance You Are Tired’ is about being alive, and just how surprisingly unmooring – and exhausting – this fundamental thing can be. The album is a window into the long path Leschper traveled while creating it: breathtakingly honest and rooted in the subconscious of one’s journey.
‘When You Walk A Long Distance You Are Tired’ Tracklist:
1). “Too Small For Eyes”
2). “It Hurts Until it Doesn’t”
3). “Copper Mines”
4). “Nesting Behavior”
5). “Lockjaw”
6). “Blood-Letting”
7). “Burden of Proof”
8). “Hold Your Own Hand”
Mothers London Live Dates: