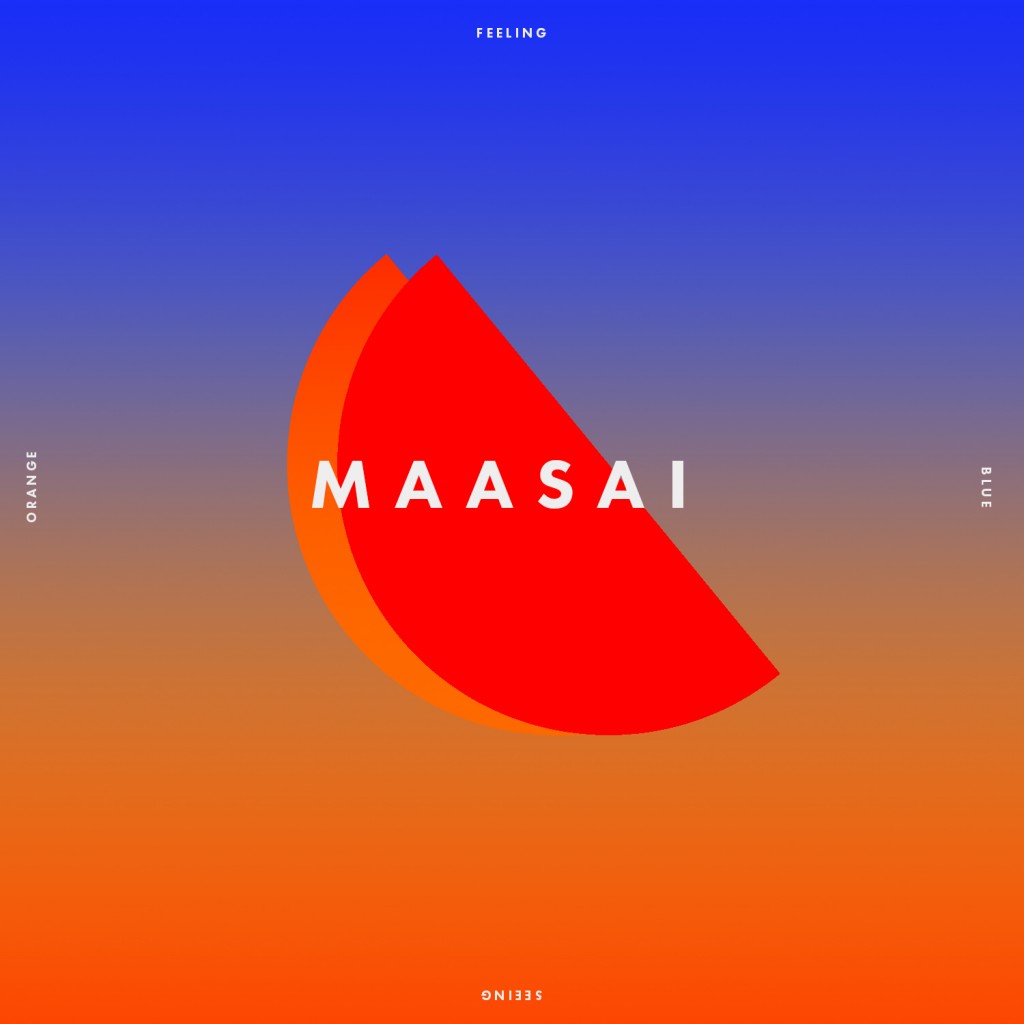 “MAASAI are something quite special indeed.” Clash

“…emotionally wrought pop, with sweeping chords and a dramatic sense of space…” The Line of Best Fit

“Another piece of Swedish pop to feast your ears upon” Hillydilly

Stockholm-based duo MAASAI has just released their debut album, “Feeling Blue Seeing Orange”. The video for the album’s first single, ‘Collide’ was premiered by Wonderland Magazine while the second single lifted from the album, ‘I.D.S.H.’ (I Don’t Speak Human’) was premiered by Clash magazine.

MAASAI is Stockholm-based duo consisting of Dominique Teymouri and Zackarias Ekelund. Together they create soulful sonic landscapes with a cinematic touch and lyrical depth. Their latest single ‘Collide’ gave the listeners a taste of a dreamy and captivating world with epic sweeps and and glacial beauty. ’Collide’ which premiered on Wonderland magazine has also seen support by the likes of Hillydilly, The Line of Best Fit, JaJaJa Music and more.

Teymouri and Ekelund met each other between music projects and soon realized that they should join forces.They chose the name MAASAI as a metafor for solidarity and inner strength, as it mirrored the values they hold dear- the word derives from a Kenyan Nilotic ethnic group, and means, my people. Follow-up tracks ’The Healer’ and ‘Forgive Me’ have since held a captive audience something to hold on to while waiting for their debut album.

MAASAI’s musical influences range between the effervescent and the atmospheric. Echoes of artists such as Florence & The Machine, Sia and Goldfrapp can be heard along with the duo’s own uniquely dramatic spin on widescreen cinematic pop.

MAASAI describe the process and the inspiration of their self written and produced debut album “Feeling Blue Seeing Orange”  as contrasts in different contexts, the space between fiction and reality. And a collision between different parts that together creates something stronger and more beautiful.

“Feeling Blue Seeing Orange” will be out on November 20th.