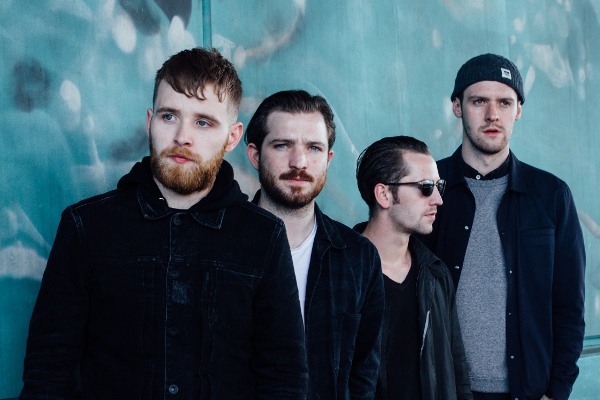 Having recently announced the release of their debut album At Hope’s Ravine, Glasgow’sHoly Esque are streaming their track ‘Silences’. Making up the second side of their double a-side, alongside previously unveiled track ‘Hexx’, the driving and anthemic ‘Silences’ is available to download on December 7th via their own label Beyond The Frequency

With its gaze firmly fixed toward the future, ‘Silences’ typifies the “hope” which is hinted at in the title of Holy Esque’s forthcoming album. This is just one of the shades in a wildly diverse debut album; though the At Hope’s Ravine does have its moments of darkness and self-doubt, optimism is offered throughout.

The new album follows a clutch of exceptionally well received EPs, which saw the band play all over the world as an unsigned band. Produced by Grammy Award winning producer Jon Schumann (Mew, Kashmir), At Hope’s Ravine was recorded in variety of locations and countries and is a bold statement of Holy Esque’s life to date.

At Hope’s Ravine is released via the bands own label Beyond The Frequency on February 26th 2016 and is available to pre-order now.