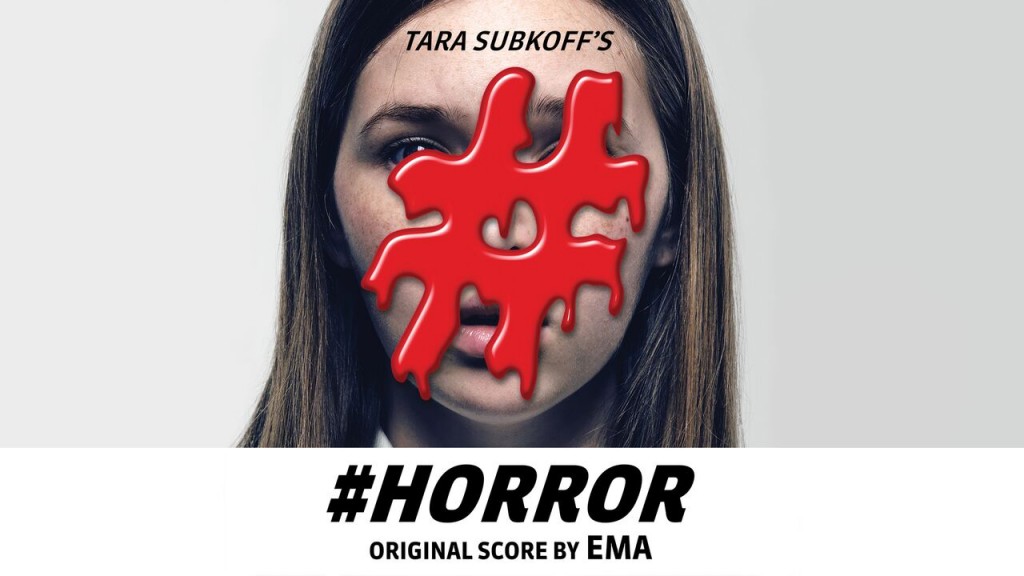 Today EMA has shared a first glimpse of her original score for Tara Subkoff’s forthcoming movie#HORROR, starring Chloe Sevigny & Natasha Lyonne. The full score is to be released digitally onDecember 11th, but today we share a first glimpse with track ‘Amnesia Haze’.

The film also features multiple works from high-profile fine artists such as Urs Fischer, Dan Colen and Tabor Robak. Subkoff got in touch with EMA after a tip from her husband Fischer, who was a fan.

Erika M. Anderson worked with frequent collaborator Leif Shackelford to compose over an hour’s worth of new material for the project. Using strings, voice samples and electronics, EMA’s ability as a composer is shown off on new song “Amnesia Haze”.

“Film work and scoring is fun for me because I get to make all this music that wouldn’t necessarily fit on an EMA record. “Amnesia Haze” is so pop, so cinematic.  I get to kind of step out of myself and play the part.”Anderson explains.

Erika goes on to explain: “We worked really closely with Tara (Subkoff) on the music. She definitely always had an opinion on what she liked and what she didn’t. It was my first score, so I’m not sure if all composers end up spending weeks in a room with the director, but that’s how we did it.

Leif (Shackelford) and I kind of ended up dividing the work, with him doing all the string parts and me writing the main themes.  We were going for something modern that also recalled classic horror genre music. I love the eeriness of the vocal synth samples and I think it gives the score a very uncanny vibe that matches the themes of the film.”

Inspired by actual events, the movie sees a group of 12 year old girls face a night of #HORROR when the compulsive addiction of an online social media game turns a moment of a cyber bullying to a night of insanity.

Tara Subkoff explores the rarefied world of the east coast privileged through the eyes of a group of 12 year old girls left alone and pursued by a killer. The film examines a world of escalating cruelty and alienation through an online game where scoring likes comes at the cost of human lives.

#HORROR explores themes that EMA has previously touched upon on last year’s stirring album about the digital age, ‘The Future’s Void’ (City Slang/Matador), and in her “I Wanna Destroy” Virtual Reality installations at New York’s MoMA and London’s Barbican.