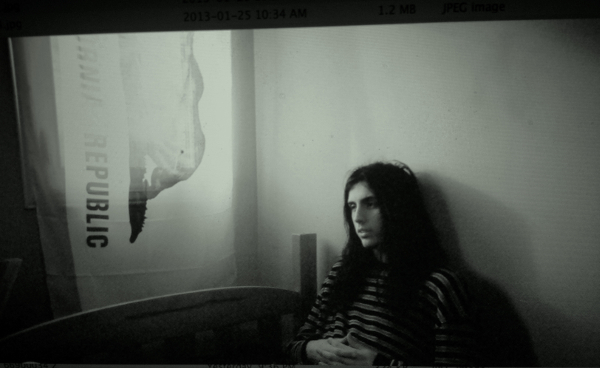 Ahead of their first UK tour, Canada’s Chastity release Tape. Out today via Hand Drawn Dracula, the four track release can be streamed now via SoundCloud. Tape features the previously streamed ‘You’re Scary Now’ and ‘Saliva’.

Chastity is the brainchild of Whitby, Ontario native Brandon Williams. Instantly engaging and forceful,Tape is a forward-thinking collection alt. rock and punk, born out of the contradictions and complexities of suburban living. The reverb drenched ‘You’re Scary Now’ and the anthemic ‘You’re Scary Now’ are direct statements of intent, while the caustic and violent ‘Saliva’, with its fittingly bold music video, is mirrored by the reflective and eerie ‘Nevermind, Lucifer’. In under 10 minutes, Chastity succinctly stake their claim as one of Canada’s most exciting new acts.

Chastity are soon to embark on their first UK tour, beginning in London on November 24th. The first trip overseas will the band play a series of shows, including a date at Brighton’s Mutations Festival alongside the likes of Lightning Bolt, Ought and METZ.