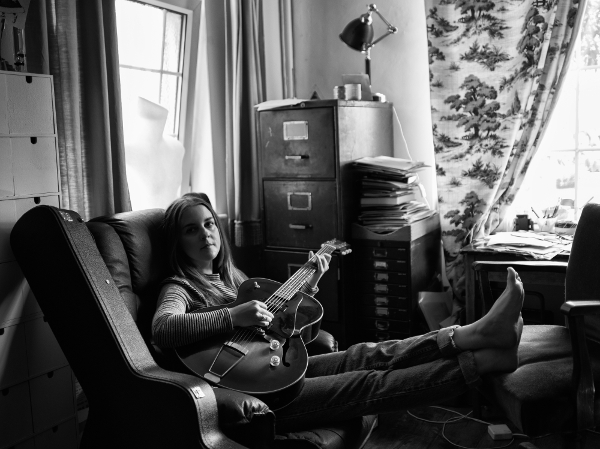 Having just released her new EP The Fault Line, Charlotte Carpenter has unveiled the video to her track ‘Mean Time’. Watch now on YouTube. The cinematic clip filmed on a farm in Charlotte’s hometown relates to the song’s lyrics, which is inspired by the struggle of balancing a job whilst being a musician.

Of the video, Charlotte says: “I wanted to capture a daily routine of something which is physically demanding, and perform quite laborious tasks so was really lucky that the farm in my hometown were up for helping me out. They taught me their daily routine, which I went ahead and got stuck into, and it proved to be one of the hardest days I’ve ever worked. I went home with bruises and in dire need of a hot bath. I have a whole new respect for our farmers now”

The Fault Line is Charlotte’s fifth EP and was released on 13th November via her own label Let It Go. The new EP shows a huge progression for the young guitarist/songwriter, showcases a richer, fuller sound, which channels folk story-telling into rich Americana and blues influenced songs. Charlotte has performed alongside the likes Ethan Johns and George Ezra, as well as touring with Marika Hackman.

This week Charlotte embarks on a full band, six date tour. The Fault Line is out now and tickets for all shows are available now.
Catch Charlotte live at the following dates: