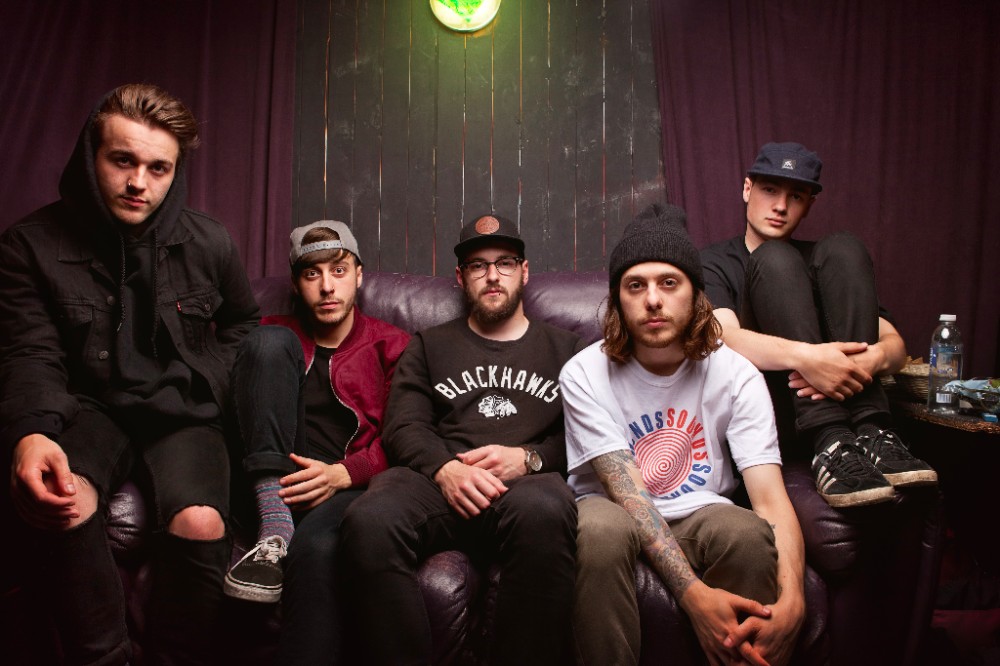 “a record of desperate defiance that shows how Boston Manor are slowly but surely establishing themselves as one of the UK’s best bands.” – Rock Sound (8/10)

“It’s heartbreaking yet hopeful, ferocious yet fragile, and intelligent as it is impassioned” – Team Rock

Boston Manor release their new EP ‘Saudade’ via Pure Noise Records tomorrow and you can get a sneak preview with the full stream that’s now live. Breaking out from the usual confines of the pop punk sound, ‘Saudade’ is so much more, channeling a generally darker and more downbeat sound than most of their peers and proving a large leap forward for the band themselves. Explaining the sentiment behind the EP, Henry muses “Saudade is a profound melancholy and longing for something or someone. Sometimes for something that you’ve never experienced or possessed. It carries the knowledge that person or thing for which you are longing may never return.”

Boston Manor have spent this year touring with the likes of Moose Blood, As It Is, This Wild Life, Forever Came Calling and playing festivals like 2,000 Trees, intent on bringing their show to as many eager ears as possible. Next on the agenda is a stint supporting Chunk! No, Captain Chunk! along with Trash Boat in December.