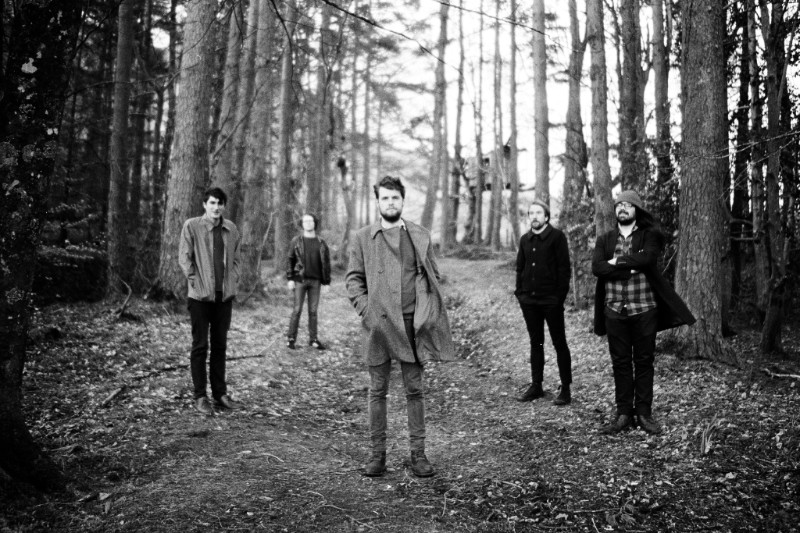 WASHINGTON IRVING
Announce new single ‘We Are All Going To Die’ for November 6th
via the band’s own imprint, Naked Emperor Records

November 6th will see Glasgow’s Washington Irving return with their triumphant new single ‘We Are All Going To Die’ via their own Naked Emperor Records.

Transcending their last collection of EP’s, Palomides I & II, in depth, power and sentiment, ‘We Are All Going To Die’ was written following a period of unrest within the band. After embarking upon an intense and ritualistic touring schedule, chance circumstances landed all five members isolated in different parts of rural Scotland. What followed was a period of six months where the band only communicated electronically.

“The whole point of this song is to unite people”, frontman Joseph Black explains. “The lyrics start off very personally but develop into wider humanity; we recruited a bunch of musicians we hadn’t really met before to help with backing vocals when we were recording in the US. The feeling of camaraderie while 20 strangers drunkenly sing “we are all going to die” is completely overwhelming.”

Stream ‘We Are All Going To Die’ on SoundCloud: https://soundcloud.com/washirvband/we-are-all-going-to-die/s-pdIuH

Echoing the traditional folk song writing of Scotland’s West-coast, and anthemic indie-rock alike, the five-piece’s powerful live form has seen them share tours with contemporaries such as Frightened Rabbit, Runrig and Wintersleep, as well as appearances at T in the Park, Edinburgh Fringe, Hebridean Celtic Festival, The Great Escape and more. November 5th will see them embark upon a full UK tour in support to Titus Andronicus on the dates below.

Having taken a couple of years in the wilderness since recording their last collection of EPs, Palomides Vol I and II, they have crafted a fiery group of songs that tell a wholly different story. A story with a point. They travelled to the state of New York to work with Kevin McMahon, famous for his work with Titus Andronicus, Swans and Real Estate, to craft their new batch of songs into something different and far separated from their own country and city.

Due for release November 6th 2015, ‘We Are All Going To Die’ will also receive a physical 7” release this winter via Canadian indie label Kingisher Bluez. The track will feature on the band’s forthcoming first full length, due in 2016.