The Mowgli’s Release “Room For All Of Us,” New Song Benefitting International Rescue Committee‏ 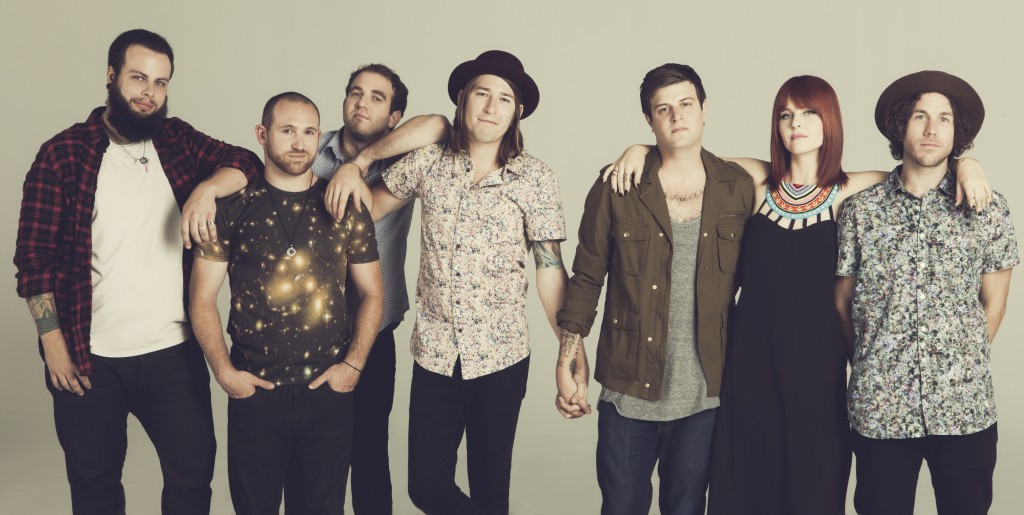 The Mowgli’s Release New Song “Room For All Of Us”

All Profits Go To Aiding Refugees Through
International Rescue Committee

The Mowgli’s have released a new song “Room For All Of Us,” available to stream and download now on the band’s website. All profits from this song will be benefitting refugees through the organization International Rescue Committee. The Mowgli’s will be selling a poster designed by their friend and frequent collaborator Soko on their co-headlining tour with Lights this fall. All proceeds from those sales will also be donated to International Rescue Committee. A quote from the band can be found below.
Stream “Room For All Of Us” and donate to International Rescue Committee.
“We’re all heartbroken by the plight of the refugees from The Middle East and North & Central Africa. That this terrible injustice is forced on so many people is nothing new, but its numbing continuity is no excuse to not get involved. We’re releasing a new song today called “Room For All Of Us”, all proceeds from the sale of which will go to rescue.org.
Please donate whatever you can –  and if not through this avenue, through any you like. At a time when politicians are seeking your donations to out-smear each other, please put your money to better use.

Thank you for being the wonderful, generous, enlightened and caring people that you are.”

“Room For All Of Us” is available now for stream or download now on the bands website. All proceeds will be benefitting International Rescue Committee. Donations can also be made directly HERE.

Love is all you need. It’s been said many times and many ways of course, but it’s truer now than ever.
When The Mowgli’s first landed on the scene, their message of positivity and love resonated with audiences everywhere. The group’s 2013 major label debut, Waiting for the Dawn [Photo Finish], debuted at #4 on the Billboard Heatseekers Chart and yielded the hit “San Francisco”. Following its release, the seven-piece—Colin Louis Dieden [vocals, guitar], Katie Jayne Earl [vocals, percussion], Dave Appelbaum [keyboards], Josh Hogan [guitar, vocals], Matthew Di Panni [bass], Spencer Trent [guitar, vocals], and Andy Warren [drums]—performed on Jimmy Kimmel LIVE!, The Tonight Show with Jay Leno, CONAN,Watch What Happens Live, and more. Between headline tours and runs supporting everybody from Walk The Moon to Manchester Orchestra, they even cut a song for the Relativity Media hit film Earth To Echo. Along the way, their interpretation of love became even clearer, and it defines their sophomore outing, Kids In Love.
“Our first album essentially said, ‘What’s up everyone? We’re The Mowgli’s, and we believe love can change the world,” explains Katie. “Over the past couple of years, we really came to terms with who we are as a band. With Kids In Love we’re exploring the intricacies of love. It’s such a broad concept. This time around, we get into intimate love, personal love, as well as universal love. We’ve found art is the best vehicle to ponder what this really means.”

“Before, the concept was painted in very broad strokes,” Colin goes on. “Our intention was to start a movement and a culture around what we do. We put all of that under a microscope on this album and talked about personal experiences and stories, the lack of love, and finding it again.”

“We’ve learned so much about the business, ourselves, and this message,” adds Josh. “We’ve become more direct. It’s a little wiser.”

In order to properly convey that sentiment, the group teamed up with producer Tony Hoffer [The Kooks, Silversun Pickups, Fitz & The Tantrums] in his Los Angeles studio during the summer of 2014. With Hoffer at the helm, they fine-tuned their sound into an elegant amalgam of influences. Additionally, they recorded with prior collaborators Captain Cuts [Smallpools, Tove Lo] – a production team that includes Ryan Rabin of Grouplove, and worked with Matt Radosevich [Walk The Moon, One Direction] on two additional tracks. “We wanted to create songs that we knew we would enjoy playing live, songs we hoped that speak to people’s personal experiences with love and life and loss and everything that comes with being a kid – or really anyone – in love,” Katie explains.
“We’ve been on tour incessantly, and this album was really written all over the country,” Colin recalls. “It was composed in green rooms, hotels, parking lots, and everywhere in between. I went to Nashville for a week on a whim and tried to learn how to write country music. I was so lucky to work with some of the best in the business. I wanted to bring some of those storytelling elements into the music too. We really grew up, and the songs reflect that journey.”
The first released track “Through The Dark” builds from a shimmering acoustic guitar into an unshakable harmony between Josh and Colin. It shines its own kind of musical light.
“Everybody goes through dark times,” Josh asserts. “We’re trying to put a positive spin on that though, and show you can get through that darkness no matter what.”

Colin continues, “In a weird way, it feels like the answer to Waiting for the Dawn. It’s a hopeful and encouraging song.”

Then, there’s the first single “I’m Good.” It begins with a sun-soaked clean guitar and resounding percussion before snapping into a delightful refrain that’s undeniably unforgettable. You’ll feel good after one listen…

Elsewhere on the album, “Whatever Forever” is augmented by driving handclaps and a group chorus that proves infectious. Lyrically, it stemmed from some shared ink within the band. “Colin and I both got a tattoo of that phrase a few years ago in a hotel bar during Hurricane Sandy,” smiles Josh. “We’d seen it on the wall of a bar, and it felt like the perfect new life motto. We’re not worried about anything; we’re just going for it.”
“That’s a personal favorite,” concurs Colin. “After one show, I had a girl walk up to me and say, ‘I’ve been dealing with so much and hurting so badly. I adopted ‘Whatever Forever’ as my mantra. I needed that.’ Sometimes, you need to distance yourself from what hurts.”
Ultimately, The Mowgli’s open up their hearts once more, and the results are nothing short of inspiring. “We just want people to feel good,” Katie concludes. “It’s a domino effect. If someone leaves a show feeling great, maybe they pay it forward. If we can contribute a little bit of joy, companionship, and happiness, we’re doing our part to make the world a little brighter.”

“I want them to feel inspired to do something positive,” Josh agrees. “It’s all about sharing that.”
Colin leaves off, “I want this to be a positive transformative experience. It’s almost like falling in love. When you’re in a good mood, you tend to react positively. I hope it adds more positivity and love to the world.”