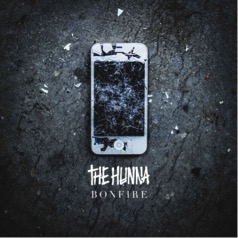 UK TOUR AS SUPPORT TO COASTS

Fresh out of the blocks, Hertfordshire four-piece The Hunna are set to become indie rock’s brightest lights with their debut single ‘Bonfire’.

‘Bonfire’, was produced by Tim Larcombe (Lana Del Rey, Halsey) and mixed by Dan Grech (Wolf Alice, Circa Waves), and is a frantically-paced, guitar-driven anthem and a dramatic statement of intent from a band with wide-eyed, bottomless potential and the ambition to go all the way. You can listen to the track HERE.

With an abundance of youthful energy but the determination to make a striking first impression, the band shut themselves off from the outside world for a year, spending every minute together crafting a sound and live show that is far beyond their years.

Hitting the ground running, The Hunna’s first taste of life on the road will be touring alongside label mates Coasts, and includes a date at London’s iconic Shepherds Bush Empire. Not bad for their debut London show!

2016 will see The Hunna deliver on their potential with non-stop touring and some of the freshest and most exciting music to delight the ears of fans across the UK.