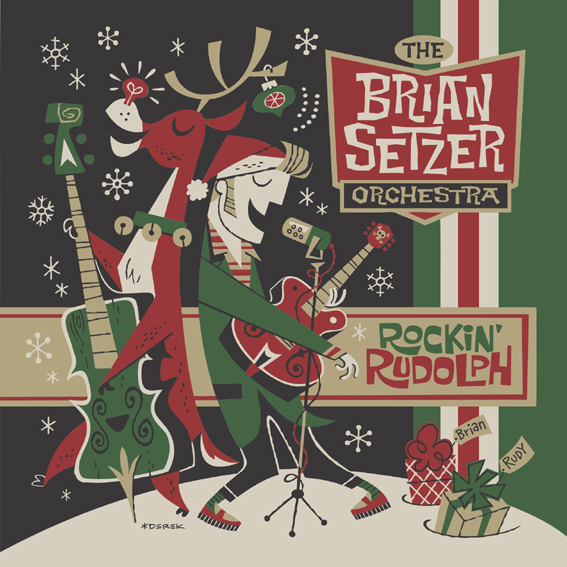 “It’s been about 10 years since I made a Christmas record,” says Setzer. “It [Christmas music] just seems to get more popular every year. They’re classic songs and you wonder after a couple records how many of them are left. Once you dig in you find, wow! I’ve haven’t done ‘Rockin’ Around the Christmas Tree,’ you know. I’ve never done ‘Here Comes Santa Claus!’ Ones that everyone knows and are still out there. These songs are great songs. It doesn’t matter if they’re holiday songs or when they were written, they’re just great songs. So the trick,” adds Setzer, “is to make them sound hip. Some of them are eternally hip, you know, so you don’t have to do too much.”