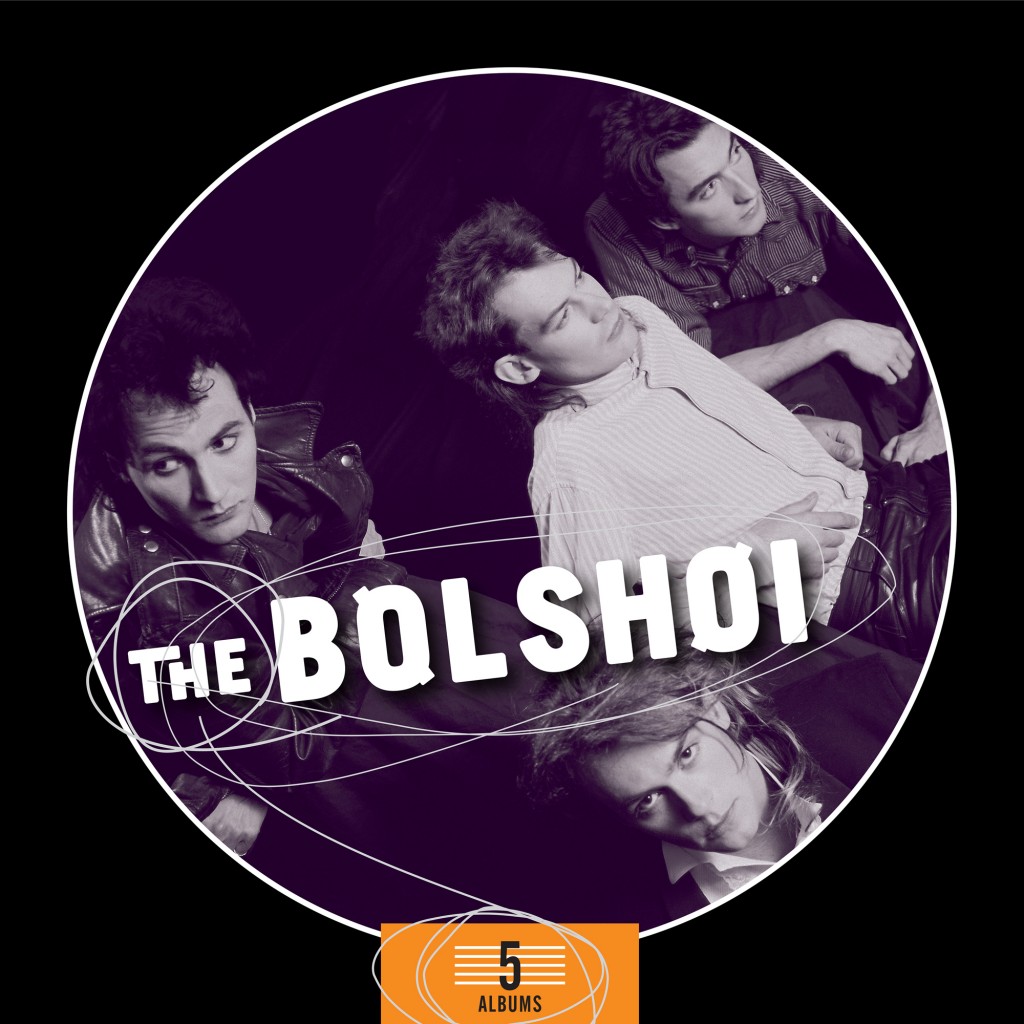 The Arkive is pleased to release a 5 CD Box-Set of the complete recordings of Beggars Banquet’s The Bolshoi in December. The package will include a plethora of additional unreleased demos, rare B-Sides, and live recordings interwoven across: the debut EPGiants, THREE full-length albums: Friends, Lindy’s Party, and the no-longer-lost,Country Life, and the 5th disc of various musical wonders, entitled, Voyage Of Peculiarities.

The Bolshoi were different. Fronted by the charismatic Trevor Tanner, their songs were dark and subversive, sufficient evidence for many critics to corral them under the ‘Gothic’ banner at the time of their debut mini-album, Giants (1985). The suburban surrealism of the lyrics was rooted in the stories from characters on the fringes of society rather than brooding romantics, with an undercurrent of boredom, inadequacy and violence. Not the usual themes for pop success!

It’s not quite the end of the story though. A further 23 tracks were recorded as demos for a new album, provisionally entitled Country Life. Many of these only survived on reference cassettes but these have been digitally restored and 15 of them sequenced into the album that might-have-been. The remaining recordings are available on disc 5 of this set. Additionally the set contains earlier unreleased demos, rare B-sides and live recordings from a 1986 show – a generous 34 previously un-issued recordings along with the official albums.

Trevor Tanner currently lives in the USA having re-activated his musical career, via Emperor Penguin Recordings, in 2004, with the release of a 3 CD Box-Set entitled,Bullish, Bellyache & Belch. Tanner’s 4th EPR release, Eaten By The Sea, was released in 2008. Currently being finalized, is a follow up to Beggars Banquet’s 5 CD Box-Set, which is an elaborate acoustic project of Tanner-selected Bolshoi favorites. This project will be Tanner’s 5th EPR release and will be available on CD and as a triple-gatefold, double LP on vinyl. There is also a Kickstarter campaign (launching December 1st) to partially fund a Trevor Tanner, USA, 2016 tour. More info can be found at his official site:TrevorTanner.com

Giants (from original press release)
Giants, the first EP by the Bolshoi, was released in the U.K. in 1986. Of this 6-song collection, The Beat had these observations: “Strong on brooding melodies, driven along by forceful rhythms and crashing splinters of trebly guitar, all showing enough fire to crash through the dark undergrowth of the post-punk jungle . . . admirable stuff.” Praise indeed, and as Melody Maker underlined, “The Bolshoi have vision and lyrical flair — a refreshing alternative to some of the rancid pap that currently clogs up the charts.” The lead track, “Happy Boy,” was variously described as “an accessible introduction to (the Bolshoi’s) subtle charms” (Record Mirror); “impressive and charismatic” (City Limits), “fabber than before . . . entirely confident” (Zig Zag) and Music Week confirmed “Happy Boy” as “an exciting number.”

Friends (from original press release)
The Bolshoi’s debut full-length album was Friends (or Fiends). Both in music and image, The Bolshoi does not subscribe to any one trend or style. Their live shows are acclaimed for their riveting impact. Lead singer Trevor is a charasmatic frontman who is at least manipulating audiences large and small. As noted by Melody Maker, October 1986:“Before this man had a following, he must have incited riots.” Or Record Mirror the same month: “Trevor Tanner, the pivot around which the Bolshoi revolve, demands that his audience care, too.” Music Week described the audience as “immediately caught up in their powerful performance . . . the singer.guitarist dramatically controlled the show.”

Lindy’s Party (from original press release)
LINDY’S PARTY is The Bolshoi’s second album, a little shop of horrors, hypnotic remedies and happy-go-lucky incantations. From the album’s first single, “Please,” a yearning, pulsing ballad full of strings and rousing melodies to the darkly cynical “TV Man” (in which a man pays homage to “Dirty Harry” and the television gods), LINDY’S PARTY is hard to pin down. There’s the almost sinister “Auntie Jean,” the Kraftwerk-inspired rock and roll of “Can You Believe It” (which is violently — and beautifully — interrupted by a violin solo), and the mounting accusations and multi-layered sounds of the album’s title track.

Press Quotes from the time:

“The Bolshoi’s strength lies not only in the clever use of knobs and strings and keys and thigs, the juxtaposition of profanity and purity, innocence and lies, but also in the dank, darkly secret passages of their will.” — Melody Maker“Strong on broody melodies, driven along by forceful rhythms and crashing splinters of trebly guitar, all showing enough fire and ambition to crash through the dark undergrowth of the post-punk jungle … admirable stuff’.” The Beat – November 1985

“”The Bolshoi’s music is embodied in a dark mood with a silver lining — like an odd cross between the Sisters of Mercy and the Dream Academy (if you can imagine that).” The Gavin Report