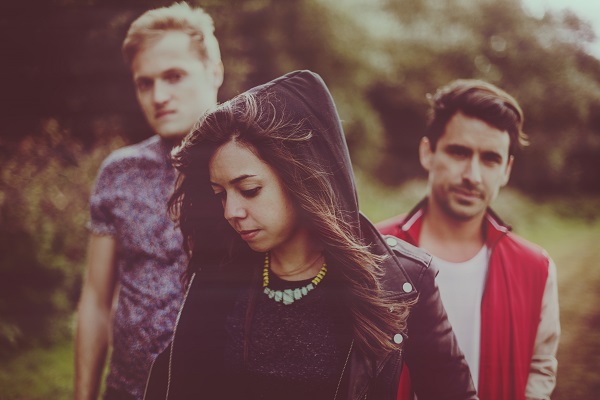 Londoners SYKES are sharing a new single ‘Chances’ (available now), the follow-up to the Radio 1 BBC Introducing play-listed single ‘Best Thing’, also selected for London tastemaker label Killing Moon’s most recent New Moons compilation. Having made various summer festival appearances across T In The Park (BBC Introducing Stage), Dot To Dot and The Great Escape, SYKES will support Against The Current on a forthcoming 8 date European tour run, including London Islington 02 Assembly on October 7 2015,ahead of a showcase at New York’s CMJ Music Marathon (October 13-17).

Speaking about the new tune, Brazilian-British singer Julia says; ‘Once ‘Chances’ was written, we instantly felt a connection with the melody and meaning.  The lyrics are very honest and straight to the point which we love.  It’s about discovering a city, taking risks and seizing the moment.  It was an easy choice for our next single as it’s a reflection on our lives currently as we strive to tour in as many cities as we can.  It also feels like a tribute to London, where Kris & Will grew up and where I’ve grown to love.”

The release follows close on the success of ‘Best Thing’, which drew radio support from the likes of Radio 1 (Huw Stephens, Clara Amfo & Greg James), and SYKES’ previous 6Music-approved Gold Dust EP, which was produced by Cam Blackwood (George Ezra, Darlia). Formed in London – where guitarist Kris attended the same preternaturally talented comprehensive school whose alumni also include members of The xx, Hot Chip & The Maccabees – SYKES’ fledgling success was actually kick-started by a chance encounter somewhere on the Florida peninsula where – unbeknownst to them- a gig crowd included one Kevin Lyman, better known as the man behind the international juggernaut that is the Vans Warped Tour. A smitten Lyman then personally championed the band in the U.S., a backing which has since borne fruit on both sides of the Atlantic, with SYKES latterly appearing on the Warped Tour bill at Alexandra Palace.