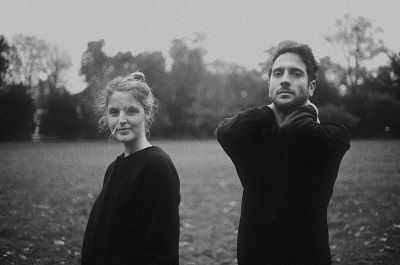 Snowpoet are creating not just music but, uniquely, an immersive experience through their marriage of songwriting skills, poetry and haunting chimes, piano and pattering drums’ – Gigslutz

Following the success of their debut EP last year, which received praise from the likes of Earmilkand Louder Than War, Snowpoet return with their new single ‘Mermaid’.

The London-based group met whilst training at The Royal Academy of Music, with award-winning lyricist and vocalist Lauren Kinsella, and multi-talented Chris Hyson on electric bass, keyboards, synths, piano, acoustic guitar and Wurlitzer, supplying the foundations for their unique poetry-based alternative folk sound.

Taken from their forthcoming album, mixed by Alex Killpartrick and due for release in January 2016 on new label Two Rivers Records, ‘Mermaid’ is described by the group as an exploration of the concepts of “curiosity and progression”. Composed from the point of view of a small fish, it aims to illustrate our individualism whilst also demonstrating how we all contribute to a picture bigger than ourselves.

Featuring the group’s trademark combination of music and poetry, the track opens with echoing synths followed by soothing light percussion and a playful piano riff, aptly creating an image of the trickling water of the fish’s surroundings. The melody is soon joined by Lauren’s beautiful verse, textured by her soft mixture of speech, song, whispers and breath. As well as being inspired by the natural world, the composition reflects a wide range of influences from across the artistic spectrum, including Bon Iver, Elizabeth Bishop, Joelle Leandre, Sylvia Plath, Chopin and Joni Mitchell.

A truly formidable coupling, Lauren’s solo work has received praise from The Guardian and is often heard on BBC Radio 3 and Jazz FM, whilst Chris counts BBC Radio 2’s Jazz aficionado Jamie Cullum amongst his fans. The base provided by Chris’ melodies and Lauren’s lyrics is built upon byMatthew Robinson, Nicholas Costley-White, Josh Arcoleo and Dave Hamblett, who make up the rest of the group.

Armed with a depth of musical knowledge and understanding, Snowpoet explain that “everything is recorded as organically as possible…if you get a good sound on the way in, you can play and experiment forever.” The group even used old valve microphones for the recording of ‘Mermaid’ in order to capture the perfect sound, and had the track mastered by Grammy-nominated and MPG Mastering Engineer Award winner, Mandy Parnell (Björk’s ‘Biophilia’) in order to maintain depth and dynamism.

Representing the continued refinement of their already sophisticated sound, ‘Mermaid’ once again demonstrates the undisputed talent of the group, giving listeners a teasing glimpse of what’s to come with their debut album’s release.